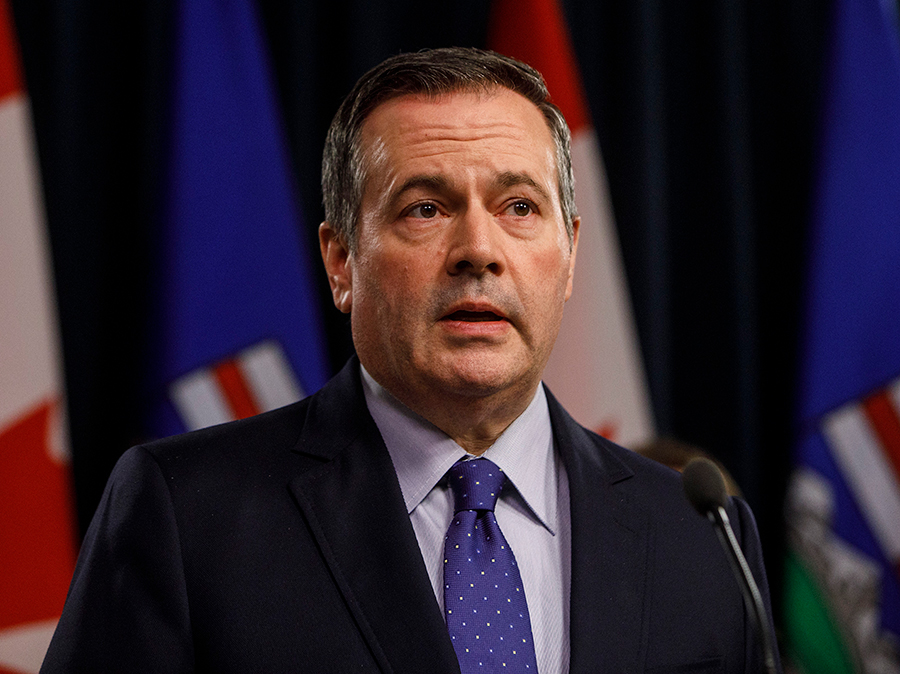 Alberta Premier Jason Kenney is the second Premier in a matter of weeks to be accused of ignoring medical advice in his response to COVID-19. Photo: The Canadian Press/Jason Franson

As the number of COVID-19 cases in Alberta spikes dangerously out of control, Premier Jason Kenney’s government is coming under heavy fire for its weak response to the pandemic and for ignoring the advice of his top health officials.

With active cases surging above 14,000 on Thursday, critics are targeting Kenney’s UCP government for its refusal to close businesses in spite of the rising numbers, suggesting that by doing so he’s putting the needs of businesses over the safety of individuals.

Yesterday, CBC revealed it had obtained secret recordings of Hinshaw made during several meetings that document her frustrations in trying to convince the government to take a more proactive approach in the province’s battle against COVID-19.

The recordings reveal several occasions where Hinshaw disagreed with direction set by the premier and Health Minister Tyler Shandro, advice that was largely ignored by the decision-makers.

After being overruled in her opposition to the government’s insistence on using serum testing kits, which test for COVID-19 antibodies, Hinshaw was recorded as saying, “Honestly, after the battle that we had about molecular testing, I don’t have a lot of fight left in me.”

Later, she’s quoted in the recordings as saying how fatiguing it was trying to move the government in the right direction. “I think we need to draw on our experience from the molecular testing battle that we ultimately lost, after a bloody and excruciating campaign, and think about how do we limit the worst possible implications of this without wearing ourselves down?” she says.

And Hinshaw also characterized her efforts to steer the government on the right course of public health measures as “an uphill battle.”

The Opposition was quick to jump on Hinshaw’s frustrations, suggesting it was just another indication of the UCP’s inability to devise an effective COVID-19 strategy. “What we clearly see here is that he is not following her advice on a number of occasions, and Albertans are suffering as a result,” said NDP leader Rachel Notley.

Yesterday Hinshaw responded to the controversy, saying she was “profoundly disappointed” by the whistle-blower who released the recordings to CBC, calling the move “a personal betrayal.”

Hinshaw also claimed the the quotes on the recordings were taken out of context, downplaying their significance. “At times I have felt frustrated — as I am a human being — the reality is that it is critical to have multiple perspectives,” she told reporters.

Harrison Fleming, Kenney’s press secretary, released a statement suggesting that the recordings don’t indicate “political interference” as critics are suggesting but asserted that elected officials only make policy decisions after considering all viewpoints.

“The government continues to work with our experts, including Chief Medical Officer Hinshaw, to protect lives and livelihoods,” he said, adding, “Yes, the government must look out for both health considerations and the economy.”

Kenny is the second premier in recent weeks to be accused of ignoring the advice of his health experts. In mid-November, Ontario Premier Doug Ford drew the ire of the media for not listening to the warnings of his top health bureaucrats and going ahead and releasing a COVID-19 strategy that was considered dangerously lax.

Besides the Hinshaw controversy, Kenney is also fending off attacks over his refusal to impose a province-wide mask mandate. Speaking to reporters yesterday, Kenney defended his reluctance to impose a wide mask mandate, claiming that there are “large swaths of the province in rural Alberta where there is no significant case spread.”

He added that his government continues to “encourage mask wearing in crowded areas where people cannot physically distance, in work places where it makes sense, particularly in areas of high transmission” but draws the line at forcing rural Albertans to wear face covering.