How the Pandemic Has Led to a New Brand of Ageism 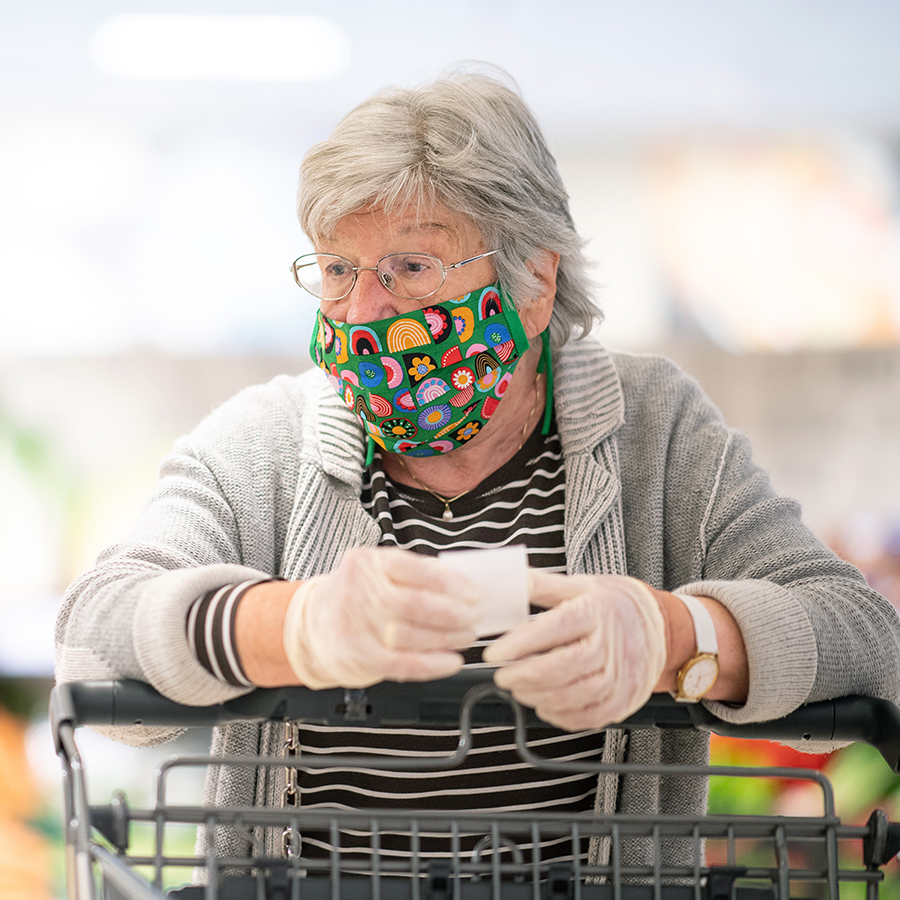 Libby Znaimer says the generalizations that have been made about people over 60 during the pandemic has set us back in the fight against ageism. Photo: Sebastian Gollnow/picture alliance/Getty Images

You wouldn’t believe some of the behaviour during seniors hours at the grocery store,” my friend Brenda vented early in the lockdown. She is a fit, attractive 60-something woman who took to lining up for early access to stores not because of her age, though she qualified on that count, but because chemotherapy was compromising her immune system. “People were just so rude, talking about me like I wasn’t there, saying ‘Doesn’t she know this time is for seniors only?’”

The pandemic has revealed deep, systemic ageism in our country, and the national shame of what happened in long-term care is just one part of it. It has also recast a vast swath of vital and active older adults as vulnerable, at risk and in need of protection. It seems to have taken us from “60 is the new 40” to “60 is the new frail.”

It started with the odious social media hashtag #BoomerRemover, which reinforced the idea that the deaths of older people was inevitable while the young were immune. Early on, many public health authorities urged everyone over 70 to self-isolate regardless of their health. The town of Beaconsfield, Que., did one better, encouraging everyone that age to sign up for a “vulnerable person registry.” This particularly galled me. Some of the guys in my husband’s cycling group are in their 70s. The fastest, most competitive rider is actually the oldest, at 77. They got through the worst part of the lockdown by taking physically distanced 40- to 60-kilometre bike rides several times a week. Staying shuttered at home would have been more likely to harm their physical and mental health, rather than help it.

The authorities have been classifying the demographic most likely to suffer serious illness and death from COVID-19 as simply “over 60.” The news about the over-60 death toll was often reported with horrific pictures from long-term care, contributing to a skewed image of a 60-year-old in the 21st century. According to a report by more than 20 international researchers in the field of aging in the International Journal of the British Geriatrics Society, while mortality rates are higher in older age groups, “Age is being conflated with frailty and co-morbidity, which are likely to be the more important factors.” Their conclusion is that older people have been misrepresented, undervalued and condescended to, throughout the pandemic.

Recently two public figures referred to a 62-year-old as “elderly.” Dr. Abdu Sharkawy, a Toronto-based infectious disease specialist who has become prominent on television through the pandemic, used that word to describe a mentally ill man who was tragically shot by police. So did Ontario MPP Gurratan Singh (and NDP leader Jagmeet Singh’s brother). Age was clearly the least relevant factor in this incident, but they were probably using it as a proxy for helplessness — never mind that 62 is even younger than the old mandatory retirement age. Neither has responded to criticism of their use of the term.

Those who do need help and protection also deserve respect for their own agency. The rules for resuming visits in retirement and nursing homes are restrictive to the point of being prohibitive. “This reopening seems to involve everyone else but older adults,” geriatrician Dr. Nathan Stall tweeted. “Has anyone asked older adults what they want?”

The new vision of aging that we espouse has become a blind spot because of COVID-19. Those who epitomize it are simply “passing” as younger. It’s unclear how this will play out when the health threat is over. Will it be harder for us to keep working or be elected to public office? Will the public reckoning on race and mental health extend to ageism as well, or will it remain one of the last acceptable prejudices?

In the meantime, Brenda can take getting called out in the supermarket as a compliment. “Do you want to see my ID?” she asked the clerk when she got to the front of the line. “No,” was the response. “I just want to know your secret.”

Ageism: Your Health: How Negative Stereotypes Affect the Way People Feel About Aging, And How They Age