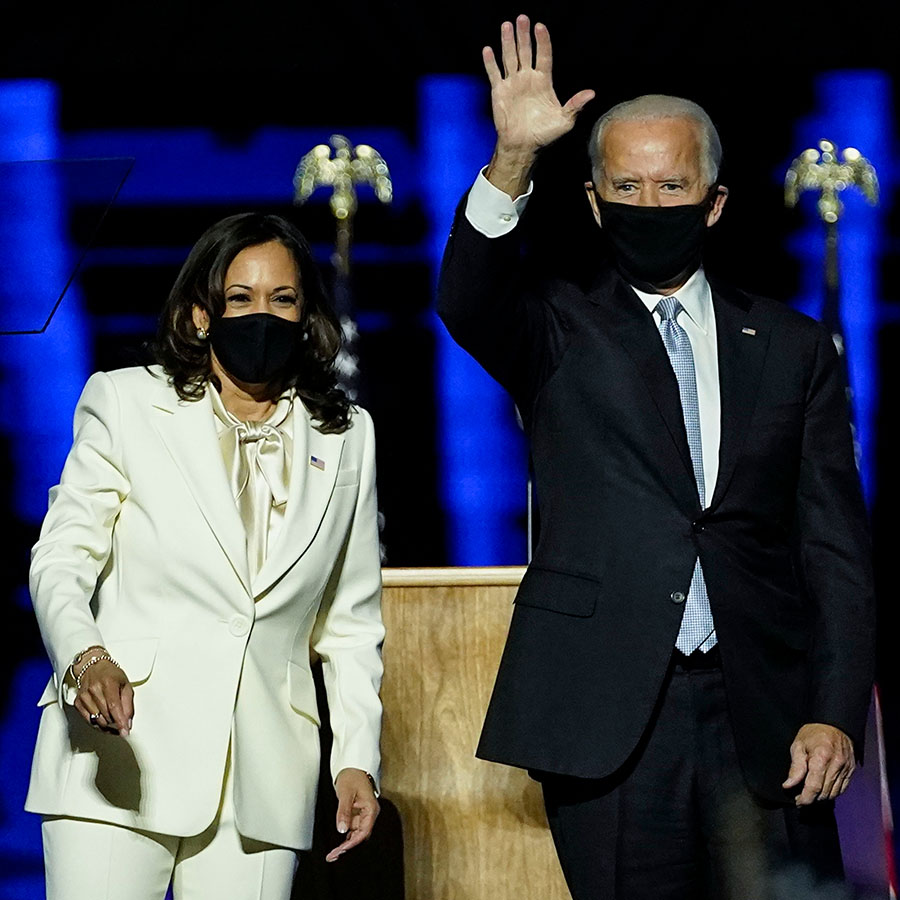 With their political victories, Joe Biden and Kamala Harris blazed an historic trail throughout 2020. And now the pair is capping the year by making history one more time as they share the honour of Time magazine’s 2020 Person of the Year.

At age 78, Joe Biden is now officially the oldest Time Person of the Year ever. He edged out Konrad Adenauer, the former Chancellor of West Germany, who received the honour a day before his 78th birthday in 1954. The next oldest is Pope Francis, who was named Person of the Year in 2013 at age 77.

Of course, this comes in a year where Harris became the first woman, first Black person and first person of South Asian decent to be elected to the U.S. vice presidency. And on Inauguration Day, scheduled for Jan. 20, Joe Biden, at age 78, will become the oldest president ever inaugurated (beating Donald Trump’s previous record of 70 years old).

In addition, Biden not only pulled off the rare feat of defeating an incumbent president (only 10 incumbent presidents before Trump failed to secure re-election, with the last being George H.W. Bush in 1992), but he pulled in an historic vote haul. More than 81 million Americans voted for Biden, shattering the previous record for most votes for a presidential candidate set by his former boss — Barack Obama — of just under 69.5 million votes in 2008.

In naming the duo of Biden and Harris the co-winners of Person of the Year, Edward Felsenthal, Time‘s Editor-in-Chief and CEO, wrote, “For changing the American story, for showing that the forces of empathy are greater than the furies of division, for sharing a vision of healing in a grieving world, Joe Biden and Kamala Harris are Time’s 2020 Person of the Year.”

And in a profile on the pair, journalist Charlotte Alter wrote that, while “Biden had the vision, set the tone and topped the ticket,” Kamala Harris offered “generational change, a fresh perspective, and an embodiment of America’s diversity.”

She added that, “Together, they offered restoration and renewal in a single ticket. And America bought what they were selling: after the highest turnout in a century, they racked up 81 million votes and counting, the most in presidential history, topping Trump by some 7 million votes and flipping five battleground states.”

Time has a long history of choosing presidents-elect as their Person of the Year (formerly Man of the Year). But, as it seems with almost everything Biden and Harris achieve together, this accolade brings with it that added historic touch.

In addition to Biden and Harris, other Time 2020 honourees include:

Dr. Anthony Fauci, 79, and Frontline Workers as Guardians of the Year

Porche Bennett-Bey, Assa Traoré And Racial-Justice Organizers as Guardians of the Year

Zoom CEO Eric Yuan, 50, as Businessperson of the Year

LeBron James as Athlete of the Year

Korean pop band BTS as Entertainer of the Year

Swing State Dispatch: How One Pennsylvania Poll Watcher Ensured Every Vote Was Counted