As Justin Trudeau Celebrates His 49th Birthday, 12 Gifts The Prime Minister Would Love 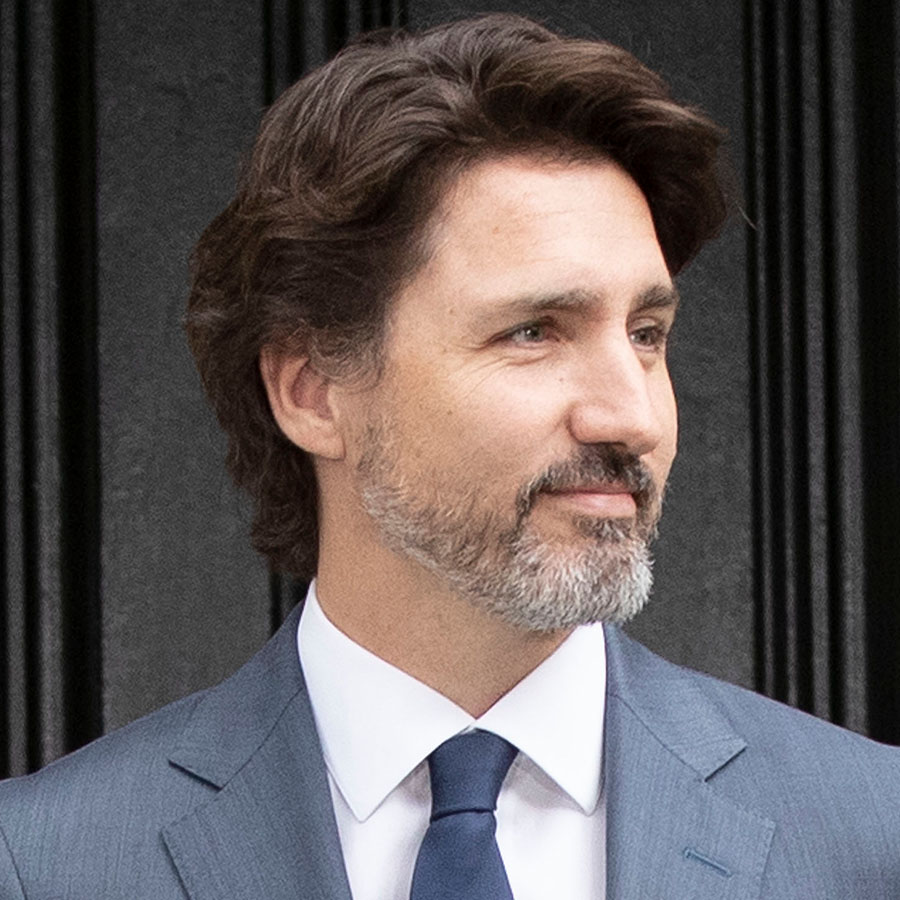 Because Christmas Day is also the birthday of Justin Trudeau, we present our list of 12 gifts that the Prime Minister could use this year. Photo: Lars Hagberg / AFP via Getty Images

Today is not only Christmas Day but it also happens to be Prime Minister Justin Trudeau’s birthday.

Born in 1971, the big question is what present do you get for a 49-year-old, handsome, wealthy and successful man who seems to have it all?

So in the spirit of the “12 Days of Christmas,” we’ve come up with a dozen gifts ideas — some serious, others practical — that the Prime Minister could use this year.

The Release of the “Two Michaels”

This will be the third Christmas that the two Canadians — Michael Spavor and Michael Kovrig — will spend in Chinese jail cells. The Chinese government arbitrarily detained the two men in 2018 in obvious retaliation to Canada’s arrest of Huawei CFO Meng Wangzhou at the request of a U.S. government. “What their families have gone through is just horrific, what they’ve gone through with an amazing amount of resilience,” Trudeau said recently, in an emotional interview with Global News. Securing the release of the “Two Michaels” would be a wonderful gift for their loved ones and all Canadians.

Trudeau won a majority in his first election in 2016. In 2019 he won again, but with a much weakened minority government. History tells us that minority governments tend to have have short shelf-lives and there’s a growing feeling amongst pundits that the Liberals’ best-before date may be rapidly approaching. The gift of a majority government would be appropriate for any prime minister, but may hold particularly special meaning for Justin. He undoubtedly would love nothing better than to imitate his father’s legacy. Pierre Elliot Trudeau, you’ll remember, followed up a minority government in 1972 with a strong majority in 1974.

Trudeau’s minority government has been given a free ride largely because the opposition doesn’t want to force an election during this prolonged health crisis. Far from holding the Liberal leader accountable,  NDP leader Jagmeet Singh has basically thrown his full support behind his agenda. Likewise for Bloc Quebecois leader Yves François Blanchet, who often talks a good fight but hasn’t yet voted against the government. Even Conservative leader Erin O’Toole has failed to pose any real challenge to the Liberal government, and has struggled to convince Canadians that his Conservatives are a viable alternative.

Trudeau won’t be popular if his promise that Canadians will receive millions of doses of a safe and effective vaccine doesn’t pan out. He’d love nothing better than to see the vaccine shipments arrive on time and the inoculation campaigns roll out across Canada smoothly.

The Liberals have now presided over the longest stretch in Canadian history without presenting a budget. Trudeau keeps promising one but all we’ve got so far are vague economic updates that provide scant details on government spending plans. Perhaps Finance Minister Chrystia Freeland will see fit sometime soon to provide a more fulsome update on government fiscal outlook and gift the prime minister with a brand new budget.

Trudeau frequently argues that running up a deficit of $400 billion this year shouldn’t worry Canadians because it’s being financed at historically low interest rates. So the best present for any free-spending prime minister is to make sure they remain historically low.

A Book on Ethics

During his time as leader, Trudeau has repeatedly run afoul of the government’s ethical guidelines. Twice already he has been publicly castigated for breaching conflict-of-interest rules — first when he accepted a private family vacation on the Aga Kahn’s private island in the Bahamas and later when he tried to influence former justice minister Jody Wilson-Raybould in the SNC Lavalin affair. Moreover, the ethics commissioner is currently looking at his family’s involvement in the We Charity scandal. That’s why a book on the subject would not go amiss. We suggest Dennis F. Thompson’s Political Ethics and Public Office. Plus, it’s the gift that keeps on giving — once he’s finished, he can pass his copy on to the leaders of the opposition parties.

If you’ve been watching Trudeau’s daily press briefings during the COVID-19 pandemic, you’ll be familiar his go-to political mantras — “We’ve got your back” or “We’re with you every step of the way” or “We’re not out of the woods yet” or “We’re all in this together.” You can’t hold it against Trudeau for repeating himself. After all, it’s unlikely any politician has spent more behind a podium than he has this year. Still, a thoughtful gift from his speechwriters would be to come up with a few new catchphrases to replace those that have been worn out through overuse.

As the Ottawa winter sets in, Trudeau’s outdoor press conferences in front of Rideau Cottage have become increasingly frosty affairs. But with a heated podium (with a retractable canopy for snowy days), he could comfortably address the nation no matter how frigid the temperature gets. Plus, it would provide a cozy perch for our now warm and toasty prime minister to practice his newly crafted catchphrases.

At a press conference earlier this year, Trudeau advised Canadians that the best ways to protect against the spread of COVID-19 was to wash their hands, wear a mask and avoid “speaking moistly.” The latter suggestion was re-mixed into this mesmerizing autotune, which immediately went …uhhh… viral and has so far scored 3.5 million views. If Trudeau were to monetize his infamous phrase by sharing in the royalties, he might be able to start paying down the deficit.

Earlier this year, former Australian Prime Minister Malcolm Turnbull released an autobiography called A Bigger Picture that related, among other things, his dealings with world leaders. In one chapter, he discusses Trudeau’s seeming obsession with wearing “bright socks.” As socks are always popular “dad” gifts, Ella-Grace, Xavier and Hadrien might consider getting these Justin Trudeau Christmas-themed socks for their sock-loving father.

Trudeau’s style and appearance continue to be a constant source of fascination, with one blog reporting that CBC mentioned his “hair, beard or hosiery” in 98 online articles last year.  His salt-and-pepper beard has at times this year grown scruffy, a development that has caused much consternation on social media. A beard trimmer would allow him to sculpt that sophisticated “man of the world” look and avoid looking like he’s just come off a two-week bender.

As Margaret Trudeau Turns 72, Reflecting on Her Life, Loves and Heartbreaks