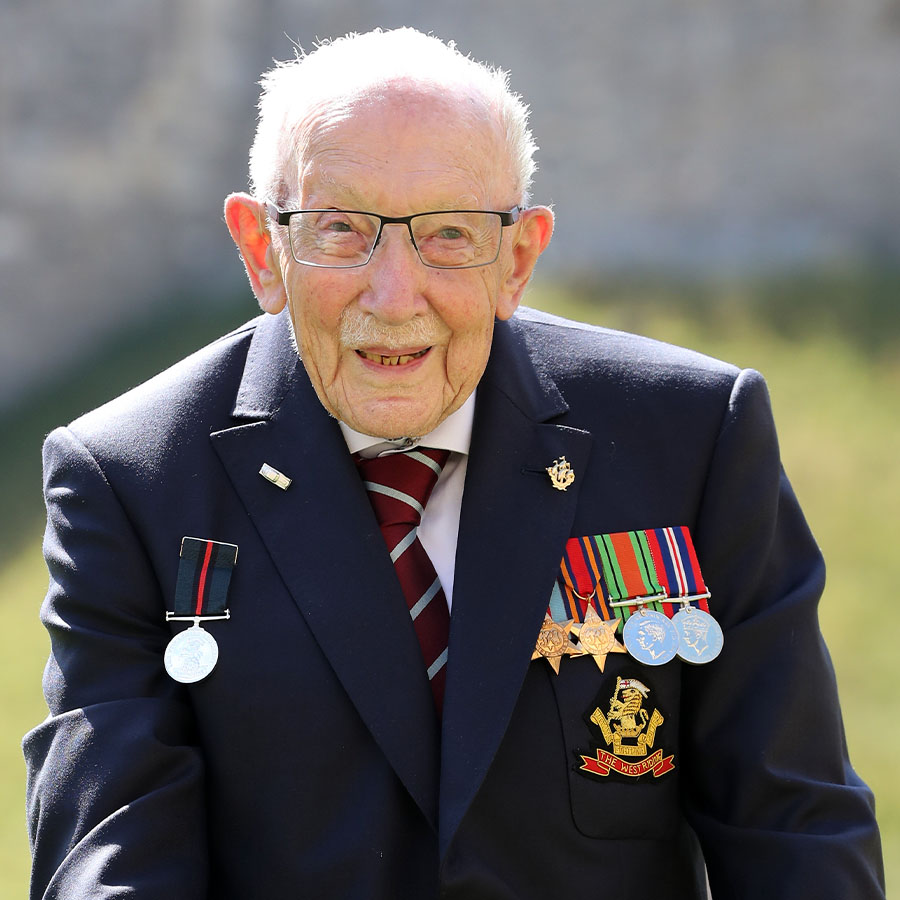 Captain Tom Moore, the 100-year-old who raised more than £38 million for the NHS, was taken to Bedford Hospital on Sunday after testing positive for COVID-19.

Moore’s daughter, Hannah Ingram-Moore, relayed the news on Twitter, confirming her father had been treated for pneumonia over the past few weeks and had tested positive for the virus last week. She also said he was not in intensive care.

“The medical care he has received in the last few weeks has been remarkable, and we know that the wonderful staff at Bedford Hospital will do all they can to make him comfortable and hopefully return home as soon as possible,” she said in a tweet Sunday.

In December, he went on a family holiday in Barbados after British Airways gifted him the trip.

British Prime Minister Boris Johnson was among thousands on social media who sent Moore and his family a message of support.

“My thoughts are very much with Captain Tom Moore and his family,” he tweeted. “You’ve inspired the whole nation, and I know we are all wishing you a full recovery.”

However, reaction to the news online wasn’t entirely supportive, with some criticizing the Second World War veteran’s recent travels to Barbados, which was permitted as one of UK’s travel corridors at the time of his visit.

Still, the small sprinkling of criticism was drowned out by several of Captain Tom’s big name supporters, including Good Morning Britain’s Piers Morgan, who called the tweeting outliers trolls.

“Captain Tom, currently battling covid in hospital, is being attacked on here for going to Barbados with his family when it was perfectly legal to do so & he was offered a trip as thanks for raising £39 million for the NHS,” he tweeted. “He helped save Britain in WW2, his trolls shame Britain.”

Moore first captured the attention of the British public in the early days of the pandemic in April when he set out to walk 100 laps around his garden in England in hopes of raising £1,000 for England’s NHS before his centenary at the end of the month. His efforts, of course, gained worldwide attention and has since raised a total of £38.9 million (more than $65 million Canadian) for NHS charities.

And while his fundraising efforts have led to plenty of exposure — including countless media requests, a knighthood, an autobiography and an appearance on the cover of GQ magazine — the Second World War veteran continues to use his celebrity status selflessly.

His cover of the Rodgers and Hammerstein tune “You’ll Never Walk Alone,” which saw him set a world record as the oldest person to top the U.K. music charts, sold 82,000 copies, with proceeds going to the NHS Charities Together fund.

Singer and actor Michael Ball, who joined Moore on the chart-topping cover, also joined the chorus of support on social media.

“Love and prayers for Captain Tom Moore and his lovely family as he battles this bastard of a virus,” he tweeted. “Stay strong Sir.”

In November, Moore also launched the Captain Tom Foundation aimed at helping people facing loneliness and bereavement during the pandemic.

A spokeswoman for the family said Moore had not yet received the COVID-19 vaccine due to the medication he was on for pneumonia.