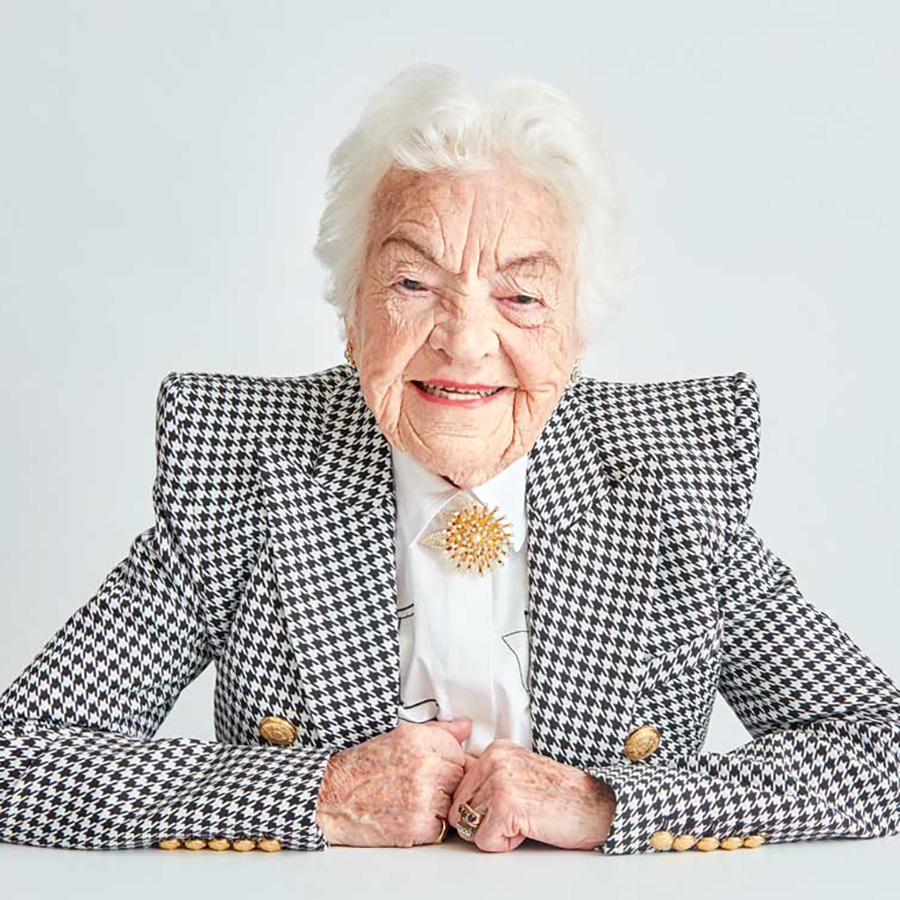 This iconic photo of Madam Mayor ran on the cover of Zoomer magazine’s May 2019 issue. It not only reflects McCallion's bursting good health but also amplifies her zest for life and absolute refusal to be defined by age. Photo: Chris Chapman

This Valentine’s Day, Hazel McCallion will take a break from her busy schedule and gather with family members to celebrate her 100th birthday.

It should come as no surprise to anyone who has followed the age-defying career of this magnificent force of nature (she’s known as “Hurricane Hazel,” after all) that she’s successfully reached this milestone.

McCallion has been setting the standard of aging well and defying ageist stereotypes since she was first elected Mayor of Mississauga at 57 years old — a time of life when most politicians are preparing to exit the fray. “Some of my most productive years came after I turned 65,” she told Zoomer magazine in a 2019 cover story (click the image above to view photos from McCallion’s cover shoot).

Canadians will get a chance to see the former mayor at her feisty best when McCallion (who seldom turns down a media appearance) reflects on her amazing career, incredible longevity and discusses what life is like at 100 in a special presentation of TheZoomer, which will air on VisionTV (a ZoomerMedia proerty) on Feb. 15 at 10 p.m. ET.

During her celebrated 36-year mayoral tenure, McCallion became famous for running the city like a business. Her uncanny focus on balancing budgets and keeping taxes low guaranteed her unchallenged success at the ballot box.

Her colourful personality, indefatigable spirit and fearsome ability to master civic politics well into her 90s transformed her into a national phenomenon, a beloved public figure across Canada. At the height of her powers she enjoyed better name recognition — and some might say flexed more political muscle — than most prime ministers.

And the fact that McCallion’s birthday continues to garner so much interest is a testament to her ongoing accomplishments and her abiding refusal to ever let age stand in her way.

While she may no longer be running Mississauga (although she still prefers to be addressed as Madam Mayor), she keeps up an incredibly busy schedule, advocating for women’s hockey, sitting on numerous boards, fulfilling as many speaking requests as possible and working as CEO — chief elder officer — of Revera retirement homes.

A Birthday Gift to Mississauga

As Mississauga was honouring its beloved former mayor by renaming a library in her honour, McCallion used the occasion to return the favour. In a spirit typical of a life spent in service, rather than asking for gifts for her 100th birthday she’s the one doing the giving. She’s donating all proceeds from her new book, Hazel McCallion: A Century of Accomplishment to the Mississauga Hospital.

The book features stories and never-before-seen photos of McCallion, well wishes from dignitaries — including the prime minister and the Queen — and the Hurricane’s personal philosophies on life.

Hazel McCallion has certainly been driven by a purpose in her life. And as she celebrates 100 years, she continues to act as a source of inspiration to all Canadians, young and old alike.

Click the image at the top of this post to view a slideshow of Hazel McCallion images from her 2019 Zoomer cover shoot. And click here to read the cover story.

Happy Birthday Hazel McCallion: 10 Things You May Not Know About Madam Mayor