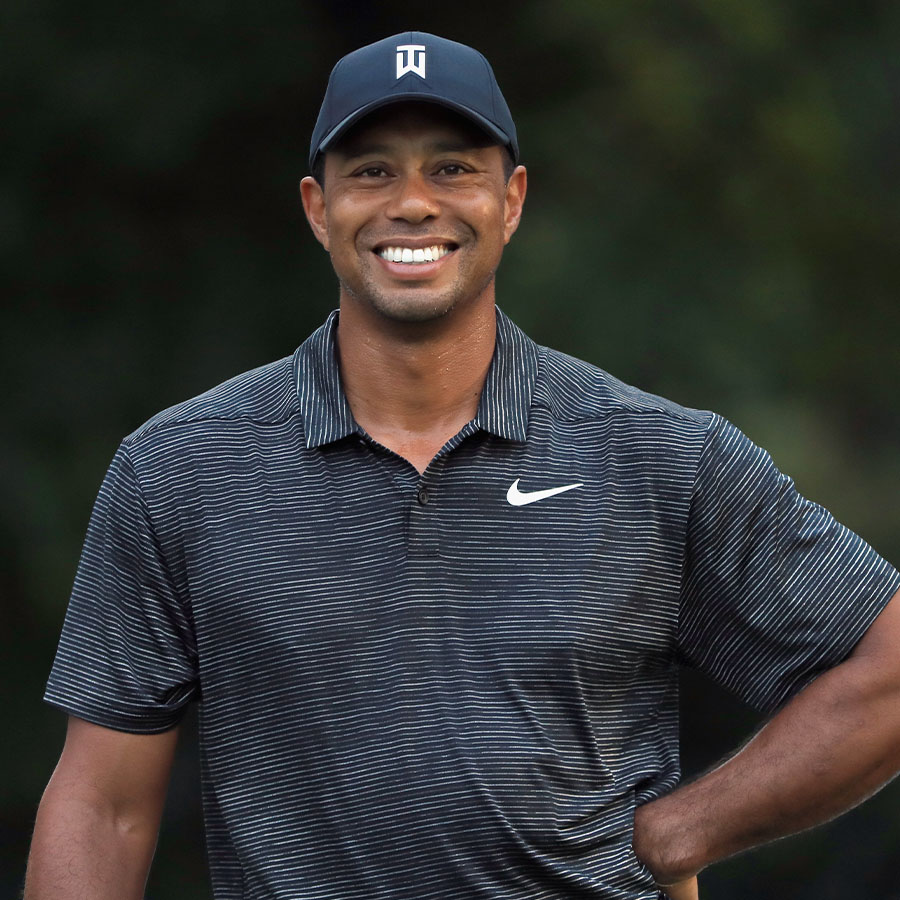 Golfer Tiger Woods, 45, was involved in a rollover car accident in Los Angeles on Tuesday, requiring the "jaws of life" to remove him from the vehicle and, subsequently, surgery for multiple leg injuries. Photo: Andrew Redington / Getty Images

A statement posted early Wednesday  morning by Woods’ charity group (TGR) noted that, “after a long surgical procedure on his lower right leg and ankle,” Tiger was “awake, responsive and recovering in his hospital room.”

Woods, 45, was involved in the single vehicle roll over car crash around 7:15a.m. on Tuesday morning and had to be extricated from the vehicle. The Associated Press says that, “A KABC-TV helicopter over the wreck showed a car on its side, with its front end heavily damaged just off the side of a road near a hillside. The air bags appeared to be deployed.”

The Los Angeles County Sheriff’s Department reported that the “jaws of life” were used to remove Woods from the car and that an investigation is being conducted into the crash.

“I will say that it’s very fortunate that Mr. Woods was able to come out of this alive,” said Carlos Gonzalez, the deputy from the L.A. County Sheriff’s Department who arrived first on the scene.

Woods was then taken by ambulance to hospital where he underwent surgery.

New information surfaced in the hours following the crash. An anonymous law enforcement source, speaking to the New York Times, confirmed that Woods “suffered ‘compound fractures.’ in his legs.”

And award-winning L.A.-based journalist Bill Melugin tweeted that a “source tells me that as of right now, there is nothing ‘salacious’ about the Tiger Woods crash. No charges pending. He went off an embankment and rolled and it is currently just an investigation for a bad traffic accident as of *right now*”

He added in a follow-up that, “I’m told Tiger Woods was conscious and speaking to deputies when they arrived on scene.”

The AP story added that another vehicle was involved in a minor accident when the owner stopped to help Woods and then their car was hit.

Golf Digest wrote that Woods was in Los Angeles as part of “a two-day shoot for Golf Digest/GOLFTV after serving as host for the PGA Tour’s Genesis Invitational over the weekend.”

Woods was photographed with celebrities at the invitational over the weekend, but didn’t play due to a recent back surgery.

“The shoot involved Woods giving on-course lessons to a number of celebrities, but he mostly provided instruction and hit a few putts,” Golf Digest added. “He was in good spirits on Monday but did not arrive to the course for the second day of shooting.”

Woods last played in December’s PNC Championship along with his son, Charlie Woods, 11.

Of course, Woods has been involved in car accidents before. In November 2009, he famously crashed his SUV into a fire hydrant and tree near his home — an incident that ultimately led to revelations of widespread infidelity and a divorce from his wife, Elin Nordegren, not to mention the loss of multiple sponsorships. In 2017 he was arrested for a DUI and pleaded guilty to reckless driving after being found asleep in his running car on the side of a Florida road. At the time he claimed that the incident was the result of a reaction to his back pain medicine.

Woods was also top of mind at the beginning of 2021 thanks to the release of the two-part HBO documentary Tiger, based in part on the biography of the same name by authors Armen Keteyian and Jeff Benedict. The documentary  explored the golfer’s life and career but also waded into his infidelities, relationship with his dad and his father’s extramarital affairs.

Steinberg, Woods’ agent, said at the time that, “Just like the book it is based off of, the upcoming HBO documentary is just another unauthorized and salacious outsider attempt to paint an incomplete portrait of one of the greatest athletes of all-time.”

Woods is one of the winningest professional golfers of all time, not to mention the holder of multiple golf records. In 1997, he became the first African-American to win the Masters tournament — a mere six years after the tournament’s venue, the Augusta National Golf Club, began allowing people of colour to join. And he was scheduled for induction into the World Golf Hall of Fame this year, but the pandemic pushed the honour back to 2022.

Unfortunately, this setback will likely spell the end of Woods’ pursuit of Jack Nicklaus’ record of winning 18 Majors (The Masters, U.S. Open, the Open Championship and PGA Championship). Woods, who has won 15 Majors, is in second place but unless he engineers another miraculous comeback, it appears highly unlikely that he’ll recover enough to challenge the Golden Bear’s record.

Should We Care What Tiger Woods Said About Donald Trump?