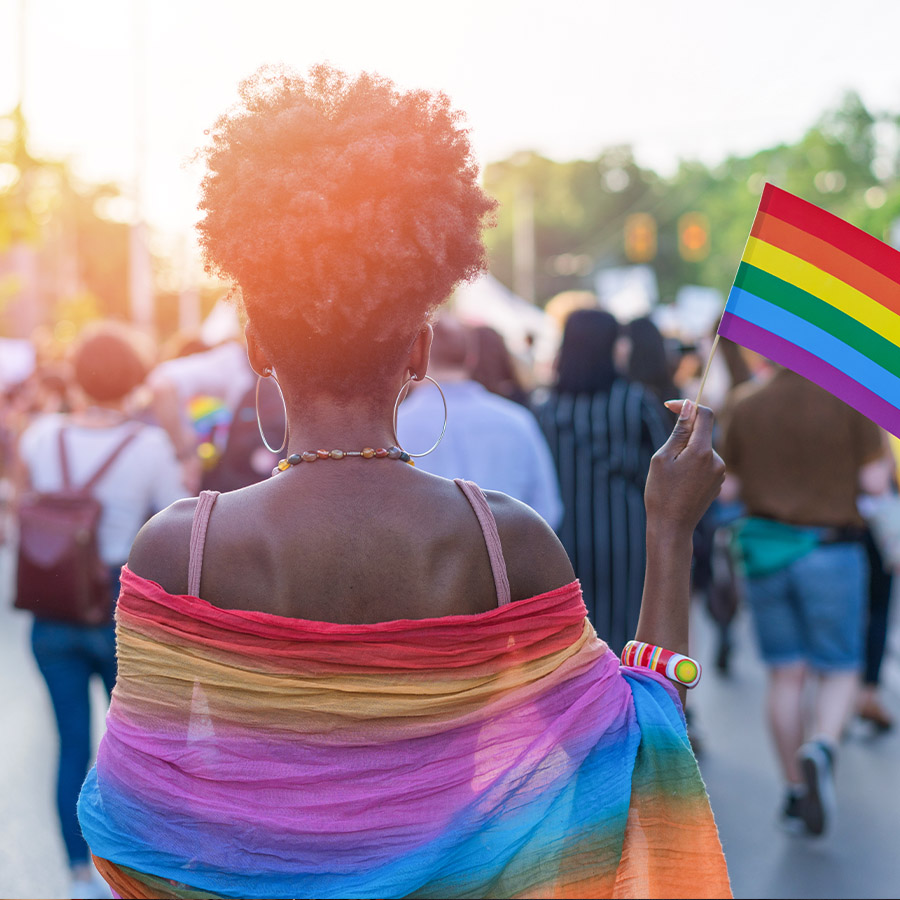 Jila Ghomeshi, a professor of linguistics at the University of Manitoba, says simply asking individuals how they wish to be identified is the best way to ensure you're using the appropriate term for a member of a group or individual. Photo: Mixmike / GettyImages

It does not take a degree to notice that the names for groups of people sharing a common skin colour, ethnicity, gender identity, disability or racial background change frequently — and how the grammar of these names also change.

In many cases it is no longer acceptable to use a plain unadorned noun to identify someone from a marginalized group (this person is a(n) X). Nouns become adjectives (a disabled/homeless person) and those adjectives are then further embedded in modifying phrases (a person with disabilities/experiencing homelessness).

Longer strings of adjectives are gathered into acronyms, which can be pronounced as one word (BIPOC), or initialisms, which cannot (LGBTQ+). The issue of which letters should be included along with the order in which they should appear may be debated (BIPOC vs. IBPOC, LGBTQ+ vs. LGBTQIA vs. LGBTQ2S+).

Capitalization may vary (black vs. Black, white vs. White, deaf vs. Deaf). Some of these new terms open up grammatical questions: should I ask my non-binary friend to introduce themselves or themself?

If you are the type of person who finds this baffling or intolerable, you probably hold the mistaken belief that names stay fixed over time, or at least that they should.

If, on the other hand, you are sincerely concerned with using the appropriate terms, you may wonder how to determine what is correct. Who is the person or committee invested with the power to decide which terms are the right ones and which should be put to rest? Who is the arbiter of contentious language? The answer, in the case of terms that refer to people, is the people to whom those terms refer.

Use the Description the Person Has Chose

On an individual level, it is common courtesy to ask someone what their name is with the intention of using that name for them. We do not meet a new person and decide what their name should be. If we have only seen their name written down we may also check the pronunciation, although we may discover that we are unable to reproduce it. And if we forget someone’s name or mispronounce it, most of us instinctively apologize. When people change their names, as women who marry sometimes still do, we endeavour to call them by their new name.

This courtesy extends to the way we describe people. Taking nationality as an example, someone may have parents from one country (Iran), have been born in another (Great Britain) and have lived most of their life in a third (Canada). Whether that person thinks of themself as Iranian, British, Canadian or some hyphenated blend of the three is as much a personal choice as it is legally defined. Politeness dictates that we use the description the person in question has chosen.

It is incumbent on us to use the level of granularity that fits the context and when unsure, ask the people we are introducing or speaking about how they want to be identified. Where group membership is contested (for example, should women include people who do not menstruate? Should people who menstruate be called women?) opting for a superordinate term (adults, humans, people) is one way for non-members to avoid taking a side.

Describing Groups Can be Even More Difficult

Descriptions of groups of people can also be complicated by the fact that group members rarely all hold the same opinion regarding what they should be called.

Unanimity on virtually any issue is almost impossible to achieve. What do we call people who cannot agree on what to be called? If we are guided by politeness, we can check with a group member who we perceive to have influence or follow what seems to be the dominant usage of the moment. And courtesy goes both ways. If we use an outdated or disliked term in good faith, we are entitled to polite, not hostile, correction.

Politeness and courtesy are best practices when we use language as individuals. But some of us also speak or write as members of organizations. For example, teachers, professors, journalists, editors, politicians and policy writers all represent institutions that set standards for language use.

While the use of an older-term-now-replaced can be excused at an individual level, it is unacceptable at the institutional level where power resides. Institutions do well to choose language carefully, to be prepared to change often and to be fully open about how decisions around language have been made. Language acknowledgement statements, to the effect that the language chosen may not be used by all communities and individuals, can highlight, in a positive way, that choices are never perfect and that they are contingent on time and place.

People are not organized into neat categories and the names of categories are never static. Language is fluid and always moving.

The sound of language change is the sound of people using language differently until the majority settles on one usage. The voices of people debating and arguing about which terms that apply to them are pejorative, inadequate, or inappropriate demonstrates the ways in which language choice matters deeply. It is a beautiful chorus and the best practice is to listen closely.

Jila Ghomeshi is a Professor of Linguistics at the University of Manitoba.

“Judy”: Beyond This Grammy Nominated Film’s Rainbow is a Wider Complexity of Queer Culture