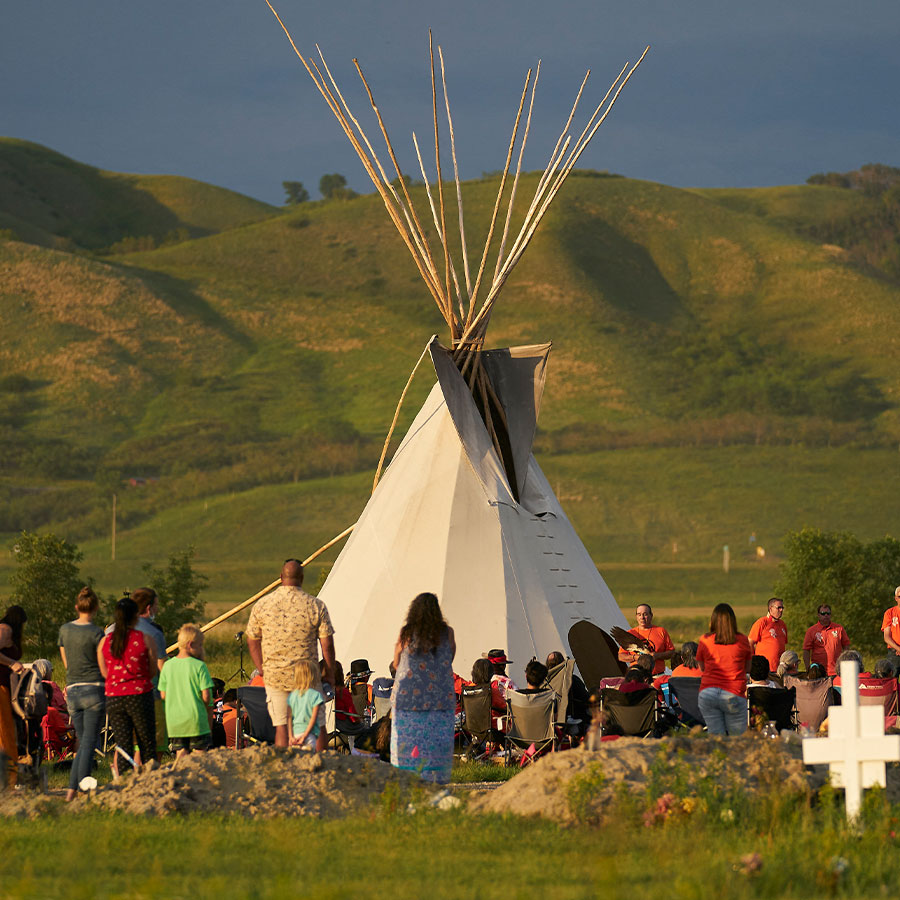 The Penelakut Tribe in B.C.’s Southern Gulf Islands says it has found more than 160 “undocumented and unmarked” graves in the area where Kuper Island Residential School once operated.

The tribe alerted neighbouring First Nations communities of the discovery in an online newsletter on Monday morning.

“We are inviting you to join us in our work to raise awareness of the Kuper Island Industrial School, and Confirmation of the 160+ undocumented and unmarked graves in our grounds and foreshore,” the notice said according to CBC News.

The tribe did not provide details on how the graves were discovered or whether children’s remains were among those found.

The school operated from 1890 to the 1970s on Penelakut Island, formerly known as Kuper Island, which is among the Southern Gulf Islands.

“We understand that many of our brothers and sisters from our neighbouring communities attended the Kuper Island industrial school. We also recognized with a tremendous amount of grief and loss that too many did not return home,” Penelakut Tribe Chief Joan Brown said in a statement late Monday.

Brown also spoke of the lasting trauma of residential schools on Indigenous communities.

“It is impossible to get over acts of genocide and human rights violations. Healing is an ongoing process, and sometimes it goes well, and sometimes we lose more people because the burden is too great,” Brown wrote.

“We are at another point in time where we must face the trauma because of these acts of genocide. Each time we do, it is possible to heal a little more.”

On Thursday, the Tk’emlúps te Secwépemc First Nation near Kamloops, B.C. plan to reveal further details on its discovery of unmarked graves of an estimated 215 children on the grounds of another former residential school.

The most recent news follows the Lower Kootenay Band’s discovery of 182 unmarked graves near a residential school in B.C. and 751 by the Cowessess First Nation in Saskatchewan.

At an event announcing a childcare agreement in Nova Scotia, Prime Minister Justin Trudeau said his “heart breaks for the Penelakut Tribe and for all Indigenous communities across Canada.”

I recognize these findings only deepen the pain that families, survivors and all Indigenous peoples and communities are feeling and that they reaffirm a truth that they have long known.”

Trudeau added that his government would “continue to work in partnership with Indigenous peoples to fight discrimination and systemic racism with real, concrete action.”

In the coming weeks, the Penelakut Tribe plans on holding two healing sessions for those affected by the discovery and a march to commemorate the generations of children lost to the residential school system.