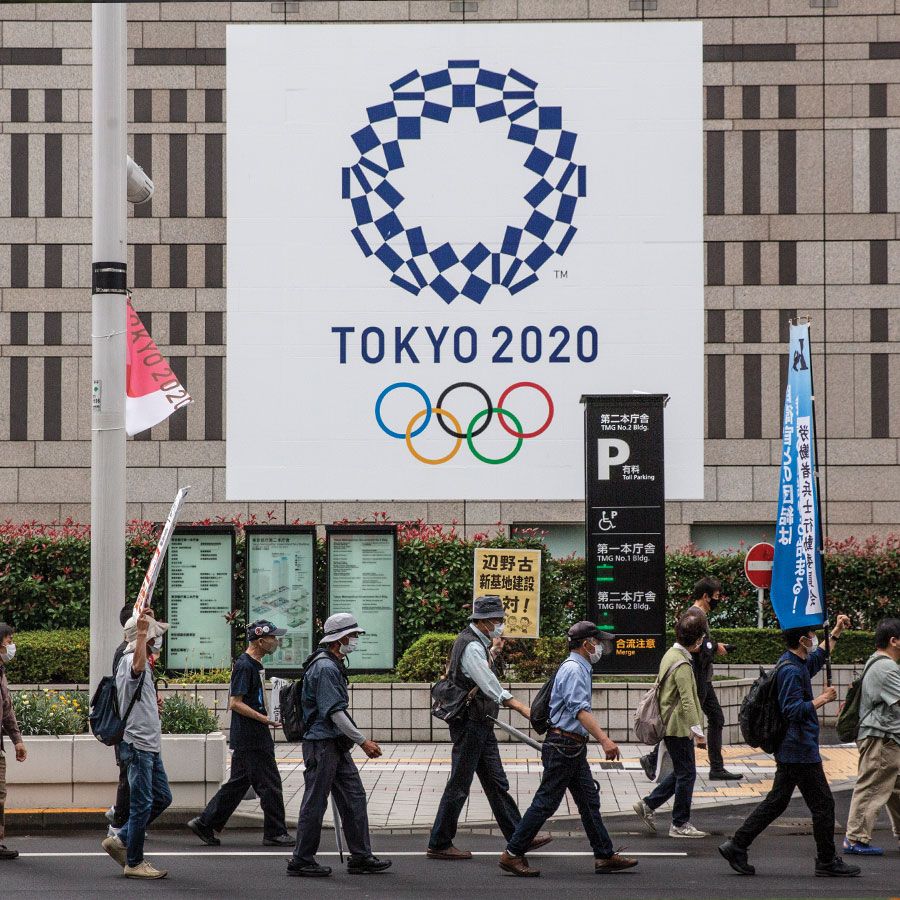 A recent survey suggests that 83 per cent of Japanese citizens don’t want the Olympics to proceed as scheduled, fearing a surge in case numbers. Photo: Yuichi Yamazaki/Getty Images

Bianca Andreescu, Canada’s celebrated tennis star, recently announced she would not attend the Tokyo Olympic Games due to the health risks posed by COVID-19.

It’s hard to argue against such a decision. Cases are surging and only 30 per cent of health-care workers in Japan are vaccinated. Only one quarter of the global population has received at least one vaccine dose. Travellers from Canada and 158 other countries are banned from entering Japan, except under “exceptional circumstances.”

Had she chosen to do so, Andreescu, as well as thousands of other foreign nationals, could have been admitted to Japan for the Games. Indeed, athletes will account for about 15,400 entries alone. When coaches and support staff are added to the equation, the figure will rise considerably higher.

Japanese nurses and physicians are understandably sounding the alarm, informing Olympic officials that the health-care system lacks the resources to effectively protect the people of Japan and cater to Olympians and their teams.

Despite the rising rate of infection in Japan, the World Health Organization has merely urged those attending the Olympics to exercise “caution.”

The WHO has a long-standing relationship with the IOC, stretching back to a memorandum of understanding signed in 1984. The WHO’s advisory role in Olympic safety, however, has come under attack in recent years.

When the Zika virus ravaged Brazil leading up to the 2016 Rio Olympics, a group of 150 physicians and academics wrote an open letter urging the WHO to hold transparent discussions about the risk of Zika transmission at the Games. The letter suggested the WHO’s close relationship with the IOC was preventing it from making a neutral assessment of the risks posed by Zika.

The 2016 Rio Olympics, of course, went ahead. The WHO was correct. The event was safe. Transmission of the Zika virus, at least to visitors, was seemingly non-existent.

The nature of this relationship between the WHO and IOC has evolved over time. A 2010 memorandum of understanding emphasized a partnership “to promote healthy lifestyle choices, including physical activity, sports for all, tobacco-free Olympic Games and the prevention of childhood obesity.” The focus was on noncommunicable diseases like cardiovascular disease, cancer and diabetes.

This memorandum expired before the 2016 Rio Olympics, but the WHO committed itself to a careful and thorough assessment of health risks associated with that event, illustrating that — with or without a formal agreement — it was committed to protecting the physical well-being of the citizens of Brazil and the rest of the attendees.

The Stakes are Higher Than Ever

Something feels very different this year. For one, the stakes are considerably higher for the IOC, the WHO and the people of Japan.

Although COVID-19 has led the Tokyo Organizing Committee to largely bar spectators from stadiums, the event is going forward despite significant resistance from Japanese citizens and a low national rate of vaccination.

A recent survey suggests that 83 per cent of Japanese citizens don’t want the Olympics to proceed as scheduled, fearing a surge in case numbers.

The fact that the IOC stands to reap a tremendous financial gain, while Tokyo struggles to manage a state of emergency — unable to even generate ticket revenue to offset some of its investment in the Games — is spurring accusations that the Olympic powers are acting in the interest of money, not health, and sacrificing the well-being of the Japanese people on the altar of capitalism.

It certainly appears as though the IOC’s actions, and the WHO’s tacit support, are incompatible with the organizations’ most recent 2020 memorandum of understanding. It’s unclear how forging ahead during a pandemic meets the shared commitment to “strengthen the health preparedness and legacy of the Olympic Games.”

Health Concerns Go Beyond the Physical

In a news release last May regarding the agreement, IOC President Thomas Bach said:

“Over the last few months in the current crisis, we have all seen how important sport and physical activity are for physical and mental health. Sport can save lives.”

The IOC used mental health, a relatively new concern for them, to double down on its collaboration with the WHO by pledging both organizations “to work on new projects addressing emerging issues such as mental health.” This newfound regard for mental health was notably absent in 2016, when both organizations celebrated the Olympics as a success despite a well-documented assault on favela communities, decimating the well-being of some of the city’s more vulnerable people.

If the WHO is correct that a high degree of caution, not outright cancellation, will be enough to prevent the spread of disease at the Olympics, the question of its commitment to mental health still remains. In Tokyo, as in so many past host nations, residents are being displaced to make way for the Olympic Games.

Nothing Short of Lives are at Stake

The Japanese public’s massive call for cancellation is indicative of the anxiety already spurred by the Games. Realistically, if this is what a commitment to mental health looks like, can folks be blamed for believing this new component of the IOC/WHO partnership is just for optics?

One thing is perfectly clear — nothing short of people’s lives are at stake. No amount of money can justify a single preventable death. Furthermore, an Olympic super-spreader event, a widespread mental health emergency or a combination of the two could do further damage to the already tarnished reputations of both the IOC and WHO.

Make no mistake, the IOC could do a lot of good in the world, especially with the help of the WHO. Physical activity can be an important boon to mental and physical health. Yet, when the IOC and WHO support a global mega-event held during a pandemic, it’s difficult to believe that the well-being of the host nation remains a priority.

MacIntosh Ross is an Assistant Professor of Kinesiology at Western University.

Tokyo Summer Olympics Will Go Ahead Even Under Emergency, IOC Official Says