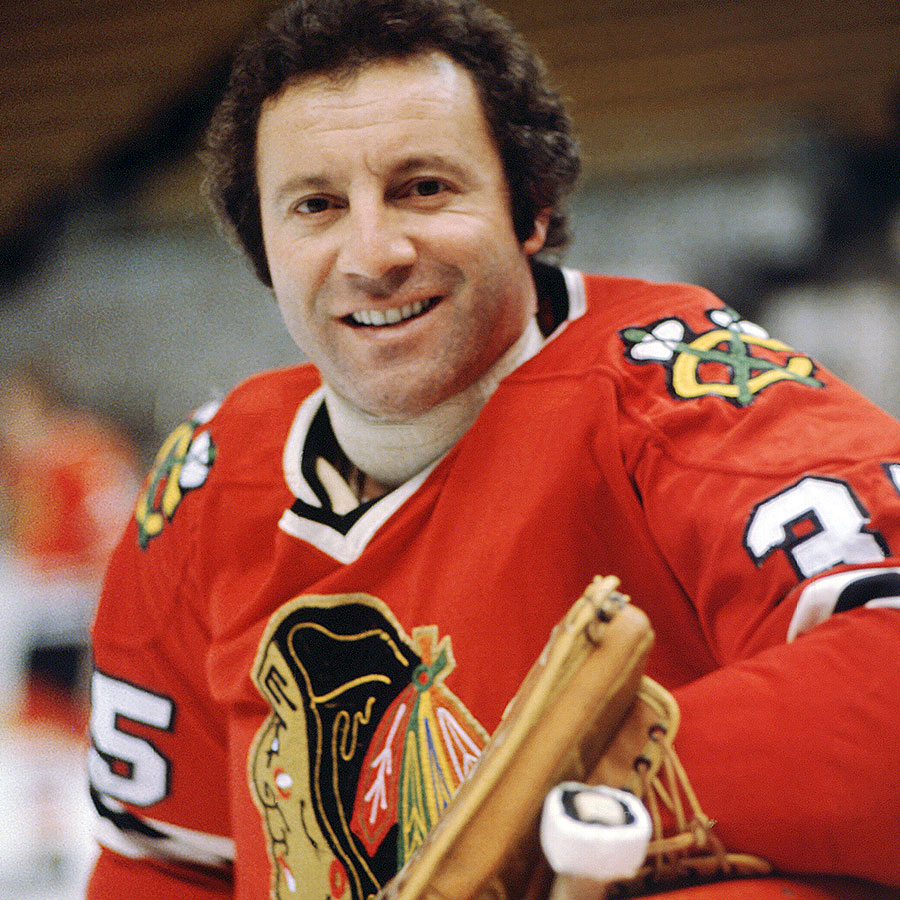 Hall of Fame NHL goaltender Tony Esposito died on Tuesday at age 78 after a battle with pancreatic cancer, according to a statement from the Chicago Blackhawks.

Esposito played 16 seasons from 1968 to 1984, winning a Stanley Cup with the Montreal Canadiens in his rookie season before joining the Blackhawks, where he played the next 15 seasons of his career.

“As we mourn with his wife Marilyn, sons Mark (Kim) and Jason, and grandchildren Lauren and Kamryn, we celebrate Tony’s life and contributions to the Blackhawks and the community,” Blackhawks chairman Rocky Wirtz said in a statement.

A statement from the family shared on the Chicago Blackhawks Twitter page thanked the Wirtz family and fans for embracing Esposito when he arrived to the franchise in 1969.

“To the Blackhawks and the National Hockey League, Tony Esposito was a Hall of Fame goalie. To us he was a hall of fame husband, father and grandfather,” the statement reads. “Chicago felt like home from the time Tony first arrived in 1969, thanks to the Wirtz family and those 18,000 Blackhawks fans who treated him like family every night at the stadium, win lose or tie. As we mourn Tony’s passing, we cherish the memories and  the affection, when he was a player and later as an ambassador.”

Esposito was a six-time NHL All-Star, including five straight seasons between 1970 and 1974. He won the Vezina Trophy as the top goaltender in the league three times — 1970, 1972, 1974 — and was named the NHL’s rookie of the year in 1970. He’s also credited for revolutionizing goaltending in the NHL with his legs-open “butterfly” style, now a fundamental technique for goaltenders in the sport.

NHL Commissioner Gary Bettman said in a statement, “The National Hockey League, the Chicago Blackhawks and the city of Chicago lost a beloved member of the hockey family earlier today with the passing of Tony Esposito. From his arrival in the Windy City in the late 1960s through an illustrious playing career and decades as a franchise icon, Tony left an indelible mark — both on the ice and in the community — over the next 52 years.”

Esposito, who was raised in Sault Ste. Marie, Ont., also left his mark as a member of Team Canada during the legendary Summit Series. He was a standout in the eight-game series against the Soviet national team, securing a crucial game 2 win after a disappointing loss in the previous game with Ken Dryden between the pipes.

Esposito also served as general manager of the Pittsburgh Penguins briefly in the late ’80s before he was hired as chief scout for Tampa Bay in 1992 by his brother Phil, who was one of the team’s founders.

“Tony was a founding, cornerstone member of the Lightning family who was a fixture at games and, along with his brother Phil, played an integral role in laying the groundwork for a successful franchise in the Sunshine State when many thought it was impossible,” the Tampa Bay Lightning said in a statement. “His role cannot be understated. Tony was a true legend on the ice and off of it.”

He was inducted into the Hockey Hall of Fame in 1988, joining his brother Phil, who was inducted in the 1984 class. The Blackhawks retired Esposito’s No. 35 in 1988, and the league honoured him as one the “100 Greatest Players in NHL History” in 2017.

“Tony Esposito’s banner will be part of the United Center forever, as will his legacy as a superstar, on and off the ice,” Wirtz said of Esposito’s jersey hanging from the rafters.

In 2008, Esposito was hired as a team ambassador for the Blackhawks, a role Wirtz says he excelled in as well.

“He was born for that role, too, as he reached out — whether by request or on his own — to fans, sponsors and friends of our team. He rejected thousands of pucks in his first job, he never said no in his second,” Wirtz said in the same statement.

“Tony was one of the most important and popular figures in the history of the franchise as we near its 100th anniversary,” Wirtz added. “Four generations of our family — my grandfather Arthur, my father Bill, my son Danny and I — were blessed by his work ethic as a Hall of Fame goalie, but more importantly, by his mere presence and spirit.

It is a sad day for the Blackhawks and all of hockey. But with his wonderful family, let us celebrate a life well lived.”