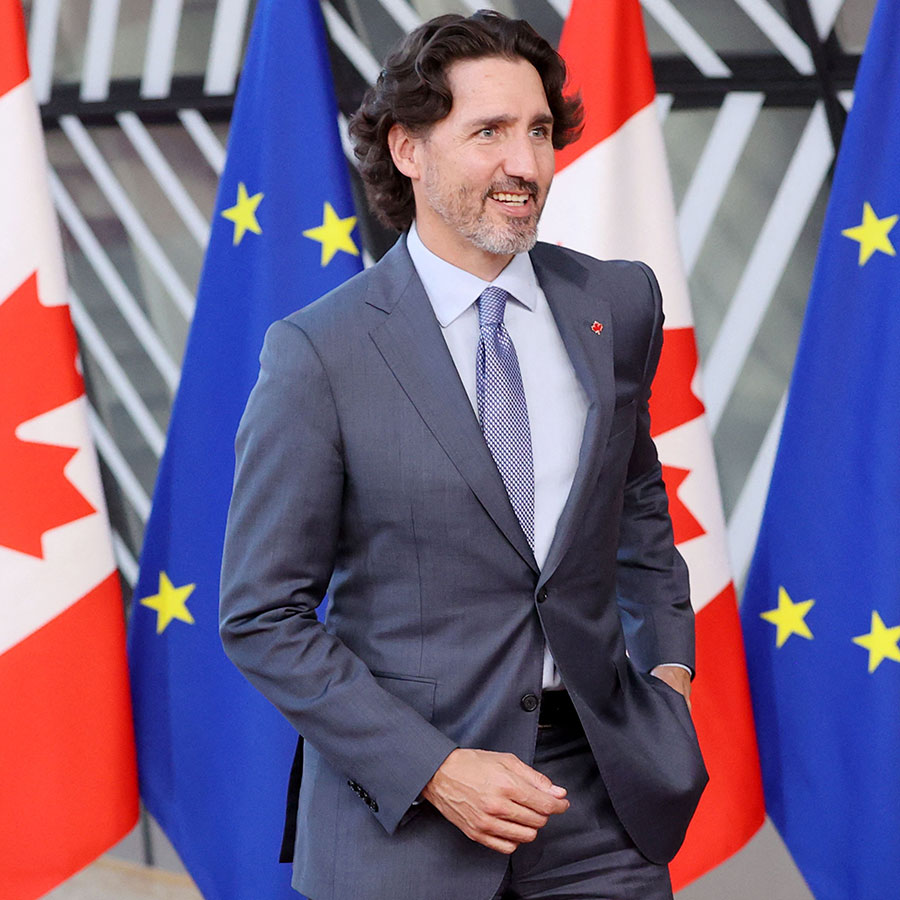 The Prime Minister’s aides have said for months that the ruling Liberals would push for a vote before the end of 2021, two years ahead of schedule. Here, Trudeau is pictured at the EU-Canada summit on June 14, 2021. Photo: François WalsChaerts/AFP/GettyImages

Canadian Prime Minister Justin Trudeau is planning a snap election for Sept. 20 to seek voter approval for the government’s costly plans to combat COVID-19, four sources familiar with the matter said on Thursday.

Trudeau is set to make the announcement on Sunday, said the sources, who requested anonymity given the sensitivity of the situation. Trudeau aides have said for months that the ruling Liberals would push for a vote before the end of 2021, two years ahead of schedule.

Trudeau only has a minority government and relies on other parties to push through legislation. In recent months he has complained about what he calls opposition obstruction.

The Liberals racked up record levels of debt as they spent heavily to shield individuals and businesses from COVID-19. They plan to inject an extra C$100 billion ($80 billion) – between 3 per cent and 4 per cent of GDP – into the economy over the next three years.

Growth is set to rebound in the third quarter and Canada currently has one of the world’s best inoculation records.

Trudeau came to power in 2015 with a majority of the 338 seats in the House of Commons, but in 2019 he was reduced to a minority after old photos emerged of him wearing blackface.

“Circumstances have changed massively since 2019. We need to know whether Canadians support our plans for economic recovery,” said one of the sources.

The official opposition Conservatives, Trudeau’s main rivals, say his spending is excessive and will leave future generations hobbled by debt.

Liberals acknowledge a call for an election now would be a gamble, given that recent opinion polls suggest the party is not yet guaranteed a majority and the risk of a fourth wave of COVID.

That said, a survey by Abacus on Thursday put the Liberals at 37 per cent and the Conservatives at 28 per cent.

The online poll of 3,000 people, conducted between Aug. 6 and 11, suggests Trudeau could well regain control of the House of Commons. The Liberals currently hold 155 of the 338 seats.

To formally launch the campaign Trudeau will need to visit Governor General Mary Simon, the personal representative of head of state Queen Elizabeth, to ask that Parliament be dissolved.

That visit is currently planned for Sunday morning, the sources said. Constitutional experts say Simon will agree to the request.

The Liberal party did not immediately respond to a request for comment.