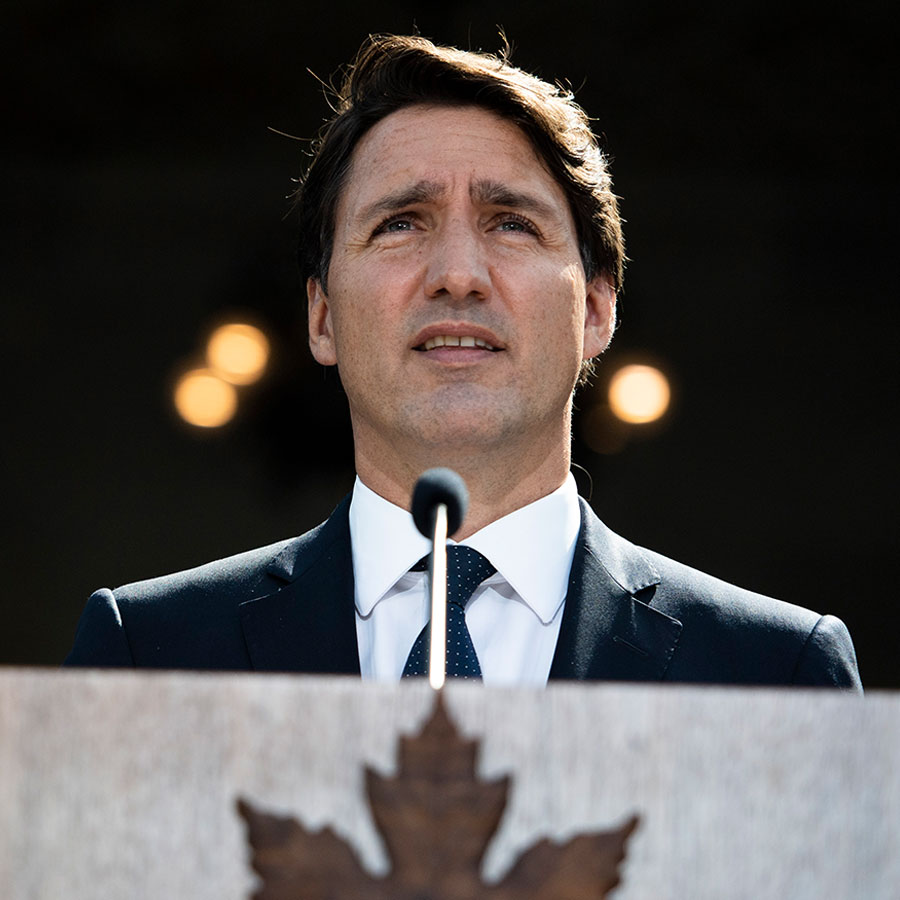 Trudeau, 49, is betting that high vaccination rates and a post-pandemic economic rebound will help him prolong and strengthen his grip on power. Photo: Justin Tang/The Canadian Press

Prime Minister Justin Trudeau on Sunday called a snap early election for Sept. 20, saying he needed a new mandate to ensure voters approved of his Liberal government’s plan to recover from the COVID-19 pandemic.

Trudeau, 49, is betting that high vaccination rates against the virus – about 64 per cent of the country’s population is fully vaccinated – and a post-pandemic economic rebound will help him prolong and strengthen his grip on power.

“The decisions your government makes right now will define the future your kids and grandkids will grow up in,” Trudeau told reporters. “So in this pivotal, consequential moment, who wouldn’t want a say?”

Trudeau spoke after visiting Governor General Mary Simon, the representative of head of state Queen Elizabeth, to formally request the dissolution of Parliament.

Polls suggest the Liberals will win their third consecutive election but may not regain a majority in the 338-seat House of Commons. Trudeau currently has only a minority of seats, leaving him reliant on other parties to govern.

The Liberals spent heavily on subsidies to businesses and individuals to limit the damage from COVID-19, sending both the national debt and budget deficits to record highs.

With a parliamentary majority, Trudeau would have a free hand to follow through on his stated policy priorities of fighting climate change and supporting those who suffered most during the pandemic.

Nanos Research pollster Nik Nanos said the Liberals had no choice but to go to the polls now, noting that the longer they wait, the more risk they face of a fourth wave of the coronavirus.

“They see a window and they’re going to shoot for that window before the bad news comes out, before there’s another variant or before the bill shows up for the full cost of fighting the pandemic,” he said in an interview.

The Bank of Canada last month painted an optimistic picture of growth heading into the second half of the year.

But the bond market already is signalling that the pace of Canada’s economic growth could slow as Delta variant cases rise in the United States, its largest trading partner, and in some other major export markets.

Trudeau, the son of longtime former Prime Minister Pierre Trudeau, first won a majority in 2015. But in the 2019 election, after decades-old black face pictures surfaced, he came up short of a majority.

Another minority administration would leave him likely relying once more on the New Democrats, who favour even heavier spending on social programs. It would also raise questions about Trudeau’s future as the leader of his party.

Without a strong opponent to rail against in this election, as the main opposition Conservatives struggle, the Liberals fear the vote may fragment and hand them yet another minority government.

Some Liberals question the need for an early election, saying that although Trudeau had complained about obstructionism from opposition parties, he managed to pass most of the legislation the Liberals proposed.

“It’s a risky situation to go the polls when you don’t have to,” said Peter Donolo, a political strategist at Hill+Knowlton Strategies and communications director for former Liberal Prime Minister Jean Chretien.

Justin Trudeau (Liberals) – Trudeau, 49, has been prime minister since November 2015 after he became the first leader to take a Canadian party from third place to an election win. Trudeau, the son of former longtime Liberal Prime Minister Pierre Trudeau, has championed women’s rights, toughened environmental laws and spent heavily to support businesses and individuals during the COVID-19 pandemic. But he lost his parliamentary majority in 2019 after old photos emerged of him dressed up in blackface and has twice been found in breach of federal ethics rules.

Erin O’Toole (Conservatives) – O’Toole, 48, was elected leader in August 2020 in the middle of the coronavirus pandemic and aides admit he has had trouble introducing himself to voters. O’Toole, a former army helicopter navigator, favours lower spending and accuses Trudeau of political corruption. He also faces tension with social conservatives within his party over issues such as climate change and abortion.

Jagmeet Singh (New Democrats) – Singh, 42, made headlines in October 2017 when he became the first person from an ethnic minority to be elected leader of a major Canadian political party. Polls suggest that Singh, who favors even more public spending than Trudeau, is gaining in popularity after a slow start that saw the left-leaning party lose almost 40% of its seats in 2019.

Yves-Francois Blanchet (Bloc Quebecois) – Blanchet, 56, who started his political career in the predominantly French-speaking province of Quebec, took over the separatist Bloc in January 2019 and more than trebled its seats in the federal election later that year. The Bloc only campaigns in Quebec and under Blanchet – who even rivals concede is a dynamic performer in English and French – looks set to hold onto its gains.

Annamie Paul (Greens) – Paul, 48, is the first Black person to head a mainstream Canadian federal party. The activist and lawyer was elected leader of the Greens last October but has recently become mired in a dispute over policy toward Israel that threatens to undermine the party.

Maxime Bernier (People’s Party of Canada) – Bernier, 58, a former Cabinet minister who was once forced to step down from the foreign affairs portfolio after mislaying secret documents, defected from the Conservatives to create the populist PPC in 2018. The party has performed poorly and Bernier lost his parliamentary seat in 2019. Bernier was arrested in June in Manitoba for attending a rally against COVID-19 restrictions.