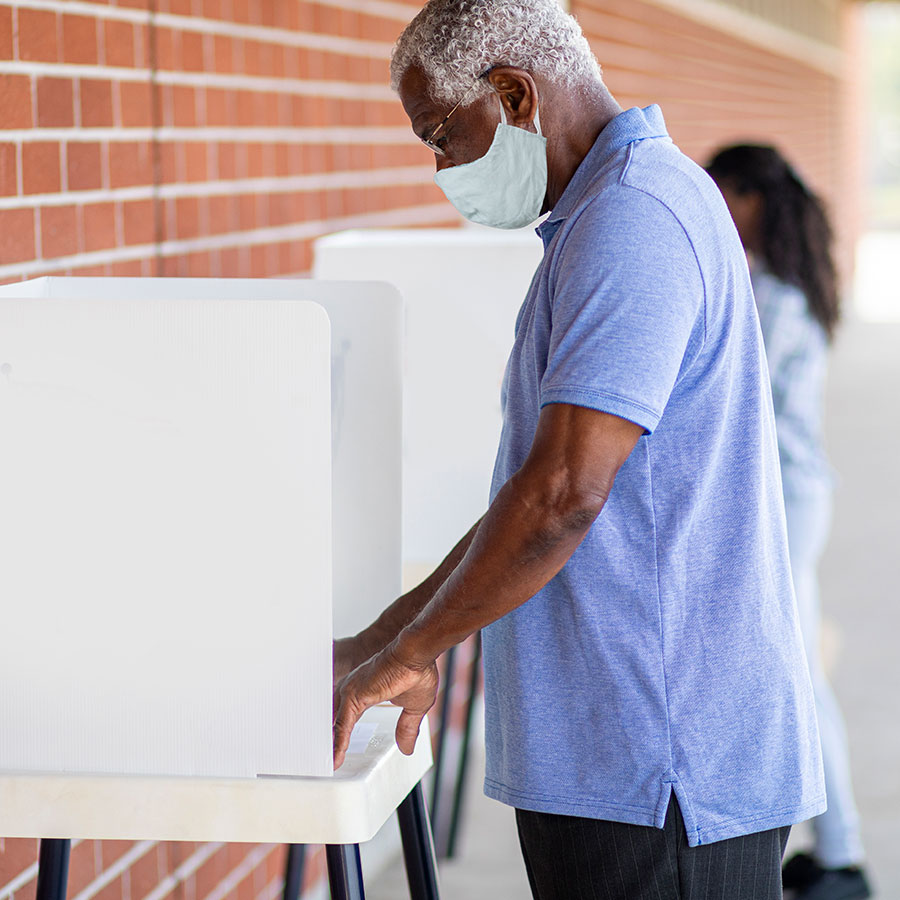 In calling this election two years into his minority government mandate, Prime Minister Justin Trudeau describes it as the “most important since 1945.” Photo: adamkaz/GettyImages

Canadians will head to the polls on Sept. 20 to decide on which federal party is best suited to lead us through the health, social and economic disruption caused by a punishing, year-and-a-half long battle against COVID-19.

In calling this election two years into his minority government mandate, Prime Minister Justin Trudeau describes it as the “most important since 1945.” The Liberal leader is asking voters to grant him a majority government, under which he can unfurl his ambitious “build back better” vision and launch us on the path to a robust recovery.

Minority governments usually fall after they lose the support of the Opposition parties in Parliament. The fact that the government hasn’t lost any confidence motions on any legislation has the Opposition cynically questioning the Liberal’s motives and have criticized Trudeau for calling an election during a fourth wave of the pandemic, something he previously claimed he would avoid.

Conservative Party leader Erin O’Toole cast aspersion on Trudeau’s election call, suggesting that “a leader who cared about the best interests of Canadians would be straining every sinew to secure the recovery right now” instead of herding us to the ballot box. And NDP leader Jagmeet Singh refers to the upcoming vote as Trudeau’s “selfish summer election.”

Like the two major party leaders, it seems Canadians are lukewarm to the prospect of heading to the ballot box anytime soon. A recent Ipsos poll found that 56 per cent of respondents say the election should not have been called, while a Mainstreet Research poll found that 65 per cent of Canadians feel it’s “not a good time to call an election” as we’re still in the midst of a pandemic.

Despite of prevailing apathy from political parties and the electorate, Trudeau is casting the mid-September vote as a referendum on how his government handled the pandemic response.

And they’re asking Canadians to give them a stronger mandate under which they can proceed with their ambitious programs to help individuals affected by lockdowns, and battered businesses, get to the other end of the pandemic.

“After making it through 17 months of nothing like we’ve ever experienced, Canadians deserve to choose what the next 17 months, what the next 17 years and beyond, will look like,” said Trudeau at a news conference following his meeting with Governor General Mary Simon, in which she agreed to his request to dissolve Parliament and trigger the election. “As much as we’ve done in many, many months, we’ve got a lot of work ahead of us.”

It’s inarguable that the Liberal government reacted swiftly and decisively in providing economic support to people and businesses whose livelihoods have been disastrously affected by the pandemic.

In their “election” budget released this past April, the Liberals laid out a roadmap of what their platform will look like, and which interest groups they’ll be chasing. As well as continuing pandemic support, they invested heavily in a national child-care program, infrastructure renewal programs, green tech and job creation.

What they still can’t explain, however, is how they will pay off the immense costs for this ambitious recovery program — in April, Finance Minister Chrystia Freeland revealed that the federal deficit was a record $354 billion and that it will grow by $154 billion next year.

These huge outlays will swell the debt to a mind-numbing $1.2 trillion. However, they continually avoid any mention about new taxes or spending cutbacks to pay down the deficit. It’s inevitable that higher taxes and/or painful austerity measures will have to be put in place if the Liberals are re-elected.

The Conservatives will attempt to sway voters that spending programs are indeed unavoidable but they must be accompanied by a measure of prudence. And they’ll likely highlight the fact that the Liberals have offered no details on how they’ll pay down the deficits. “Mr. Trudeau has no plan to ever get close back to some sort of fiscal balance,” O’Toole said in April.

In their recently released election platform, the Conservatives promised voters that they will help Canadians and businesses weather the storm created by the pandemic over the next few years, but that they will do so in a fiscally responsible manner.

The NDP have also released their platform, focussing largely on helping young people and low-income individuals and families who are having a “harder and harder time keeping up.” Unlike the Liberals, the party isn’t shy about how they’ll pay for their schemes — by taxing “ultra-rich” individuals and corporations.

One wrinkle that could influence the election outcome is the fact that millions of Canadians, fearful of visiting polling stations during a pandemic, will vote by mail. Canada has little experience with mail-in ballots and one hopes we can avoid the chaos that ensued during the U.S. elections last year.

There is also the fear that voters, who have already expressed an apathy toward this election, may be unwilling to bother registering with Elections Canada to receive a mail-in ballot, a development which some experts worry would decrease voter turnout, especially among older voters. Will the fact that opposition to this election, which is “highest among Canadians over the age of 65,” affect the turnout of this key voting demographic at the polls?

Then there’s the contentious issue of mandatory vaccinations and vaccination passports for public servants and travellers, two measures which the Liberals announced at the 12th-hour, right before they forced the election. Mandatory vaccinations could become an important wedge issue during the election and one that the Liberals will fully exploit, likely casting O’Toole’s fence-sitting response as evidence that he’s catering to the anti-vax crowd.

CBC’s Poll Tracker (an aggregate of leading national polls) shows the Liberals with a distinct advantage over their two main competitors as the election gets underway.  At 34.1 per cent, they have a healthy lead over the Conservatives (29.4%) and the NDP (19.4%). That’s the good news for Trudeau.

However, the poll data also suggests that the Liberal “numbers are drifting away from majority territory, rather than deeper into it.” While Trudeau remains a brilliant campaigner, will he be able to use this advantage over the next six weeks to push his support over the top?

So, the battle lines are drawn.

The Liberals will run on their pandemic record, and will argue that a majority mandate will allow them to marshal the recovery without opposition interference.

The Conservatives will try to appeal to those who feel the Liberals’ plans are just too costly and will lead to great economic hardship down the road.

And the NDP will try to shift the focus to improving living conditions for low-income families and young people who have been battered by the pandemic.

Yes, this may be an election that no one wants. But that doesn’t lessen its importance. And, rest assured, there will be plenty of drama and intrigue along the way.