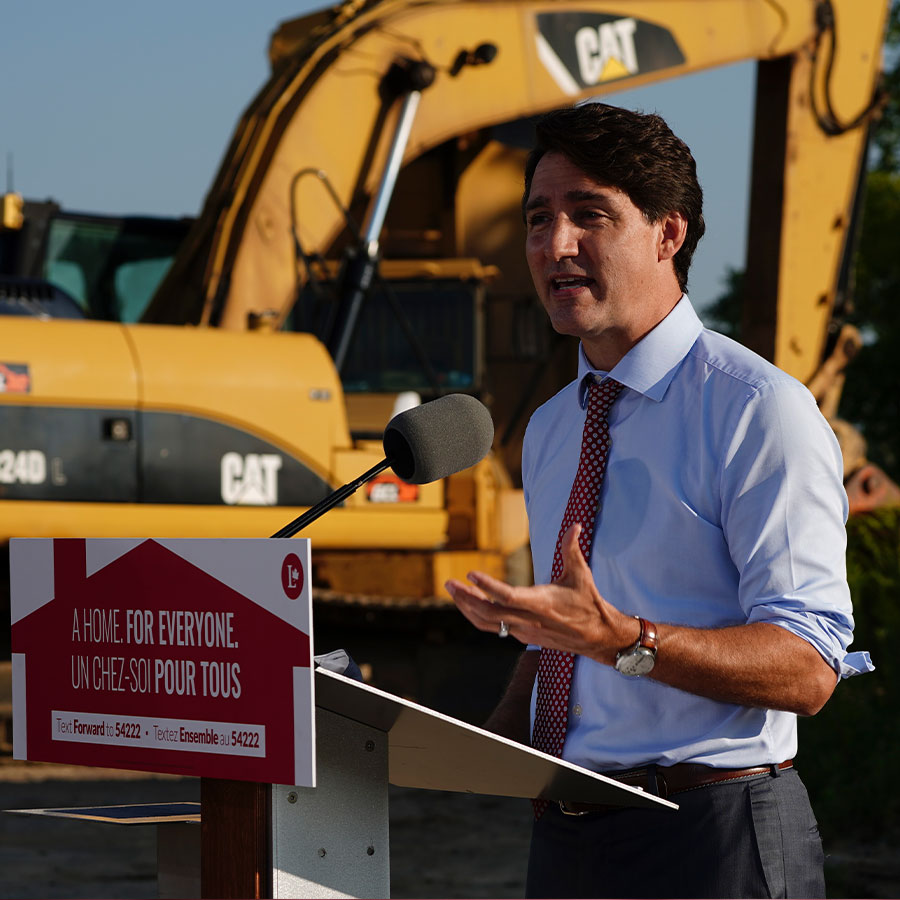 Today’s announcement will obviously have a negative impact on the bottom lines of big financial institutions. This is concerning news for retirees, many of whose pension or personal portfolios depend largely on healthy bank profits and share prices. Photo: Sean Kilpatrick/The Canadian Press

Campaigning in Surrey, B.C., today, Prime Minister Justin Trudeau announced that, if re-elected, he will raise taxes on banks and financial institutions to pay for his recently unveiled affordable-housing plan.

Trudeau said that his party’s ambitious housing program is geared at helping millennials “unlock home ownership.” As well, it would put a temporary ban on foreign ownership and impose a tax on those who flip homes. The three-point plan will also see the government provide cities with a $4 billion cash pool to give them “tools to speed up housing construction.”

“If you work hard, if you save, that dream of having your own place should be in reach,” Trudeau told reporters.

Today, the prime minister said he would pay for the costly housing scheme by raising taxes (from 15 to 18 per cent) on all banks and insurance companies with earnings over $1 billion.

Claiming that banks got a “windfall” during the pandemic, Trudeau said it was time for them to pay up. “As we rebuild, we’re going to ask big financial institutions to pay a little back so we can do more for you and, in particular, so we can help you own your home and own your future.”

Today’s announcement will obviously have a negative impact on the bottom lines of big financial institutions. This is concerning news for retirees, many of whose pension or personal portfolios depend largely on healthy bank profits and share prices. It’s also likely that banks and insurance companies will pass the costs of the new tax burden on to their customers. by increasing interest rates, banking fees or premiums.

Trudeau downplayed these concerns, promising that financial institutions will continue to be “strong and profitable” but that, in light of their recent earnings reports, “we will ensure they’re doing their part” in helping pay off the recovery.

“During this pandemic, Canadians all tightened their belts, Canadians made tremendous sacrifices,” said Trudeau. “That wasn’t the case for everyone. Given our banks have reported extraordinarily large profits and have been incredibly successful, we’re going to ask them to do a little bit more.”

The Liberal plan looks a lot like the NDP’s commitment to tax “large, profitable corporations” to ensure they are “contributing to the important services and infrastructure that make Canada such a good place to do business.” The Conservative plan mentions nothing about taxing financial institutions, but instead focusses on scrutinizing bank service fees and investment management fees “so that seniors and savers don’t get ripped off.”