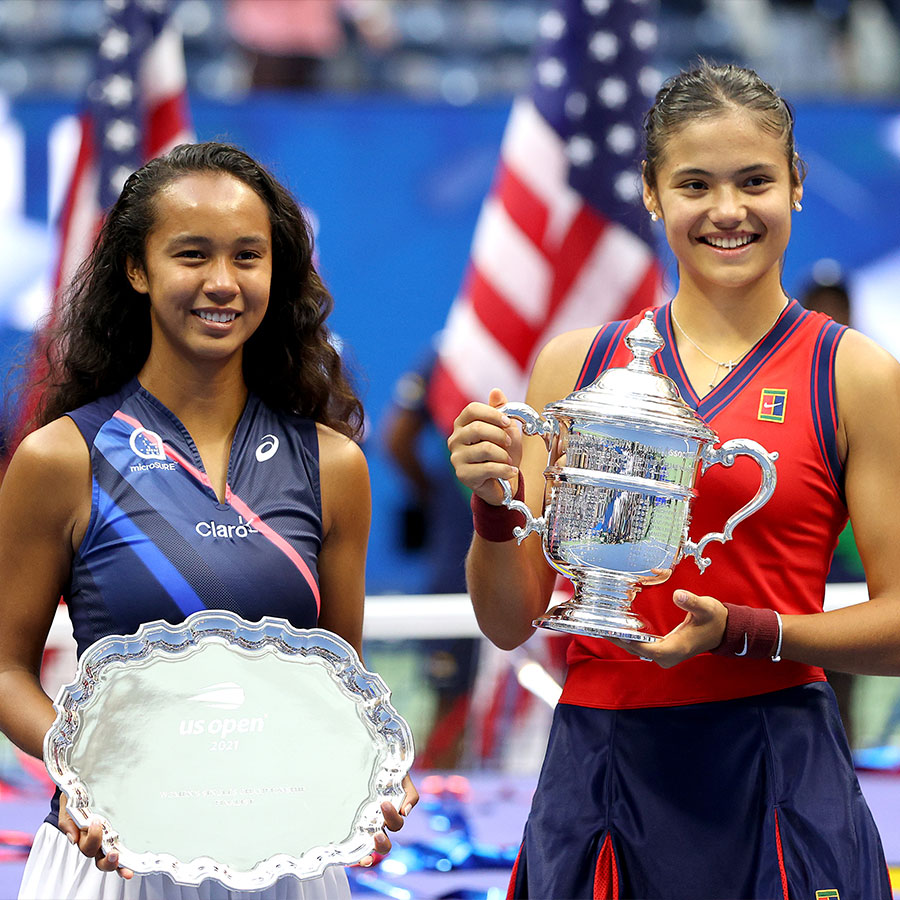 Leylah Annie Fernandez of Canada holds the runner-up trophy as Emma Raducanu of Great Britain celebrates with the championship trophy after their Women's Singles final of the 2021 US Open at the USTA Billie Jean King National Tennis Center in New York City, September 11, 2021. Photo: Elsa/Getty Images

Britain’s Emma Raducanu completed a Grand Slam fairytale on Saturday by beating Canadian Leylah Fernandez 6-4 6-3 in the battle of the teens to be crowned U.S. Open champion.

The 18-year-old became the first ever qualifier to win a Grand Slam title and the first British woman to hoist a major trophy since Virginia Wade triumphed at Wimbledon in 1977.

The first Grand Slam final — men or women — to be contested by two unseeded players was an improbable matchup that no one could have predicted, featuring 150th-ranked qualifier Raducanu and little-known Fernandez who is 73rd in the standings.

One unseeded player making a major final would be considered remarkable, two enters the realm of unbelievable.

All the more remarkable was that Raducanu’s march to the title required 10 matches, including three wins in qualifying, and she did it without dropping a single set along the way. She swatted aside more experienced opponents with the same ease as she hammered winners.

For the first time during the Flushing Meadows fortnight, the 19-year-old Canadian faced a younger opponent, if only by a couple of months. But she had no answers for the icy cool Raducanu.

Both players walked out onto a frothing Arthur Ashe Stadium court with looks that suggested ‘I can’t believe I am here’ and with ear-to-ear grins but they quickly had their game faces on.

The charismatic teens had charmed the New York crowds with their fearless play and contagious enthusiasm, leaving excited fans a difficult choice over who to back in the final which in the end was evenly split.

While the scoreline might hint at a one-sided affair, the near two-hour contest featured plenty of jaw-dropping tennis and more than a dash of drama, particularly in a second set that Raducanu threatened to runaway with when at 5-2 up, she earned two match points on Fernandez’s serve.

The battling Canadian mounted a fightback to stay alive and when the Briton went out to serve for the match in the next game, Raducanu bent down so low to retrieve the ball, she ended up with blood pouring down her left leg after dragging her knee across the court surface and needed a medical time out — much to the frustration of Fernandez who had just earned a break point.

In the end, however, nothing was going to prevent Raducanu from realising her destiny and she returned with a bandaged knee to finish off her opponent with an ace.