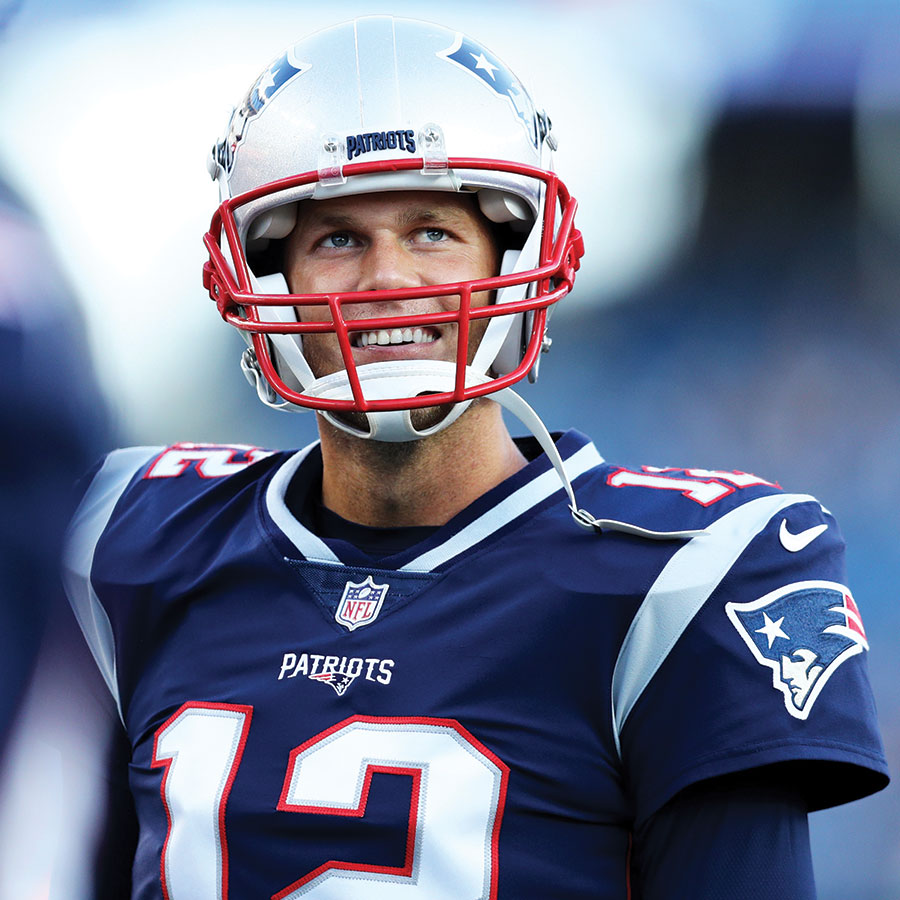 Tom Brady, pictured here in 2018, in his New England Patriots days. With his retirement on Tuesday, at 44, he capped a legendary career that saw him only improve with age. Photo: Maddie Meyer/Getty Images

When Tom Brady announced today that he was retiring from the NFL, admitting that he was no longer willing to make that “competitive commitment” needed to succeed in football, he managed to pull off the dream ending for which every athlete aims — he played a long, successful and financially rewarding career, and he walked away at the very top of his game.

In an Instagram statement in which he referred to himself “luckiest person in the world” — echoing New York Yankee legend Lou Gehrig’s famous farewell speech — Brady put to rest days of speculation and announced that his “thrilling ride” as the greatest quarterback of all time was finally drawing to a close.

At 44, Brady may not have reached his goal of playing until 45, but he has certainly timed his retirement so that fans will only remember him at his best — winning last year’s Super Bowl and leading the league in passing yards and touchdowns this year.

Going Out on Top

To his credit, Brady hung up his cleats before his skills became embarrassingly diminished, as has happened to many older superstars who tried to hang on far too long. Watching the late-career decline of athletes like Muhammad Ali, Michael Jordan,  Gordie Howe or Willie Mays taints our memories of their heydays and leaves us with the sad realization that, maybe, they were merely mortal.

Brady, somehow, never let us see his mortality. Other than his hair thinning, he never really showed any sign of aging over his 22-year career. Even at the very end, at a stage in which his quarterback peers like Ben Roethlisberger or Peyton Manning were broken men limping around the field, Brady appeared as spry as he did at age 25.

And in other sports, when other older athletes like Serena Williams, Roger Federer and Tiger Woods were succumbing to age or off-field drama, Brady just kept chugging along. When Rafael Nadal won this year’s Australian Open, he noted that the victory left him “physically destroyed.” At 36, Nadal is eight years younger than Brady and plays a sport doesn’t involve 350-lb men slamming him to the turf.

Whether he was playing for the New England Patriots or the Tampa Bay Buccaneers, he not only won Super Bowls and smashed offensive records, but he also set a standard for older players that is so ridiculously high, he has revolutionized the very way we view older athletes.

Before Brady, it used to be common to assume that a player reaches peak performance in the first half of their career and their abilities start to diminish in the second half. Brady turned that formula on its head.

After famously being drafted 199th overall from the University of Michigan — where he sat on the bench his first two years — the scouting report said that he was a middling prospect who probably didn’t have the physical tools to make it as a starter in the NFL.

Using this slight as motivation, he grabbed control of the New England starting job in 2001 and just never let it go. As he advanced in years, sportswriters would write countless times that his career was on the downswing. But he kept proving them wrong every single time. Somehow, he just kept getting better and better and, as the Miami Herald’s Greg Cote explains, his greatness kind of snuck up on us.

Thanks to his unquenchable competitive spirit, his fanatical dedication to his controversial TB-12 diet, fitness and nutrition regimen and his never-ending study of the game, he was the first athlete to keep improving well past his so-called prime. Back in 2018, he claimed in a Facebook documentary that by following his training formula: “I’m creating a version of me at 40, which I think is a lot better than me at 22.”

Along with his will to win came a relentless professionalism and focus on being the best and avoid reputation-busting mistakes or controversies. Perhaps the only blemish on his long career was the “Deflategate” scandal, where Brady was accused of asking an equipment manager to reduce the air pressure in the footballs so that he could get a better grip on a rainy day.

When the accusations came to light, he was suspended for four games for what ESPN called, “a relatively minor rules violation” of which Brady may or may not have played a role. Besides this, his image remained squeaky clean.

Other than perpetually producing victories on the field, setting all the offensive records and capturing seven Super Bowls, this ability to battle the effects of Father Time is perhaps his most amazing accomplishment. It’s still hard to fathom than in his mid-40s, he was able to equal — sometimes surpass — the on-field accomplishments of Joe Burrow, Josh Allen and Patrick Mahomes, the great young quarterbacks in today’s game.

So, to honour the G.O.A.T. as he finally hangs up his famed No. 12 jersey, here are 12 quotes from Tom Brady that truly define the fiercest competitor and greatest sports leader of all time.

From his retirement statement: “I have tried my very best these past 22 years. There are no shortcuts to success on the field or in life”

No one outworked him: “All I do is work out. Oh my God! Half my life is spent in a gym somewhere, sweating”

A great teammate: “I just love working hard. I love being part of a team; I love working toward a common goal”

A consummate pro: “My job is to play quarterback, and I’m going to do that the best way I know how, because I owe that to my teammates regardless of who is out there on the field with me”

He always led by example: “When you’re one of the leaders of the team, there are no days off”

No pain, no gain: “After the first day of practice, there’s not one guy who’s playing at 100 per cent or who feels great. Sometimes, getting up in the morning and brushing your teeth is the hardest part of the day — it just hurts”

All business, all the time: “You’re not going to see my sense of humour on the football field. That’s not a place for me to joke around”

No room for self-doubt: “When I’m out on the football field, I have so much confidence in what I’m doing”

The price of greatness: “If you compete against me you better be willing to give up your life. Because I’m giving up mine”

Never settled for second best: “What motivates me is I coulda, shoulda done better. I should be perfect”

Motivation from within: “There’s a warrior spirit about me. I’m always in competition — with myself”

Plenty of attitude: “Yeah, I don’t give a (expletive) about age”

The Tao of Tom Brady: Why 40-Yr-Old QB Might Win His 6th Super Bowl