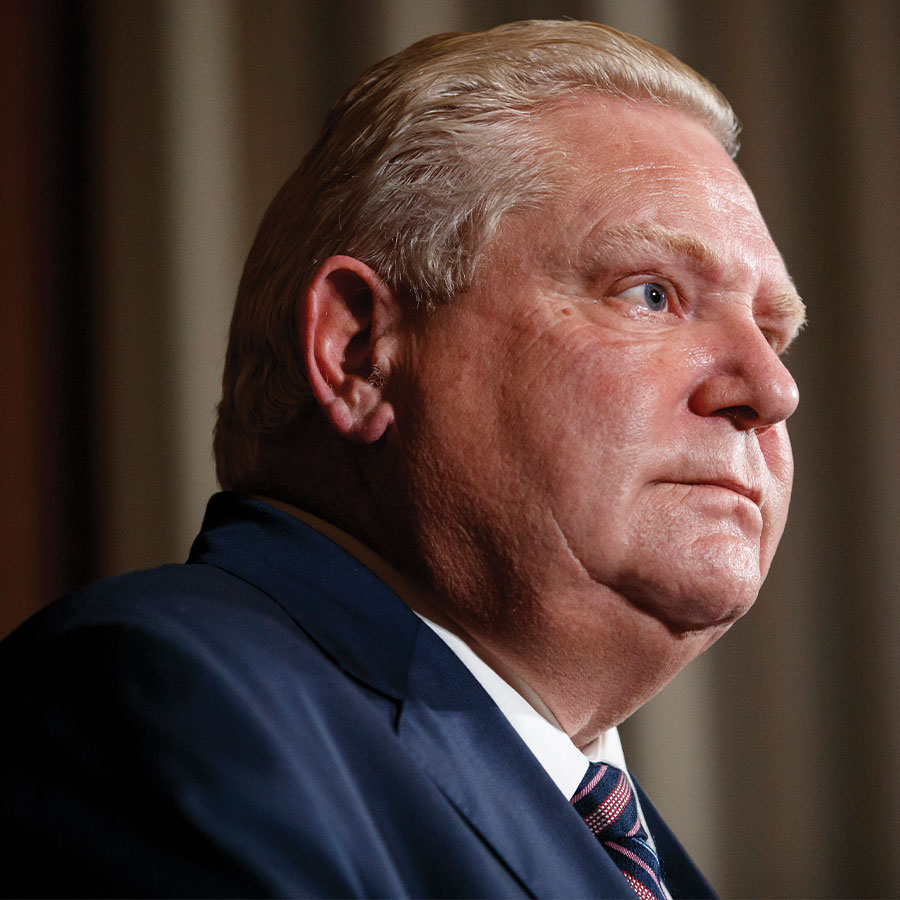 Ontario Premier Doug Ford told the C.A.R.P. annual general meeting that his government is committed to “revamping the whole long-term care system” and that he would “spare no penny” to make it happen.

Speaking online at the virtual meeting hosted by C.A.R.P (an affiliate of ZoomerMedia), Ford told members that overhauling Ontario’s long-term care sector will be a “massive challenge.”

But he felt that the hard “lessons” his government had learned during the pandemic will help him achieve that goal. “I won’t spare one penny when it comes to keeping seniors in our province safe,” he said.

Ford’s appearance comes as his Progressive Conservatives prepare for the June provincial election. Although recent polls suggest Ford’s PCs enjoy a nine-point lead over the second-place Liberals, his government must still convince voters that it can repair the long-term care facilities that were virtually overwhelmed during the pandemic, leading to the deaths of over 4,000 residents.

“Your government wears the burden of all those tragic long-term care deaths,” said C.A.R.P. president Moses Znamier, who is also founder and CEO of ZoomerMedia.

The premier is no doubt anxious to put that debacle behind him. With the virus causing outbreaks in so many nursing homes, affecting both residents and causing staff shortages, the situation grew so dire that Ford had to ask Prime Minister Justin Trudeau to send in the army to help.

During the worst of the pandemic, C.A.R.P. launched a campaign to fire Ford’s LTC minister, Merrilee Fullerton, accusing her of failing to respond to the pandemic in a timely manner.

To revamp the system in Ontario and avoid a repeat of the pandemic failures, Ford outlined his plan of adding 30,000 new long-term care beds, hiring 27,000 more  nurses and personal support workers (PSWs) and providing four hours of care daily for each resident.

“The easy part is to build a long-term care home,” said Ford. “The problem is making sure we have the proper staffing levels.”

In his half-hour talk, the premier said that his government is also aware of the “critical” need to support the home-care system, allowing patients to age at home rather that in institutions. This includes hiring more nurses and PSWs for the home-care system and providing more rehabilitation and respite services.

Bill VanGorder, C.A.R.P.’s chief advocacy officer, said that while Ford’s promises sounded positive, he would “hold the premier’s feet to the fire” to make sure they were delivered.

Ford’s appearance at the AGM drew some flack from C.A.R.P. members who felt he shouldn’t be given such an important forum.

Znaimer, however, defended the premier, saying that, because long-term care and health care are provincial jurisdictions, “it was important to hear from the leader of Canada’s largest province. “

Znaimer also noted that C.A.R.P. is non-partisan and that at past AGMs, C.A.R.P. has invited speakers from all parties.

In 2015, Justin Trudeau used the AGM as an opportunity to reach out to C.A.R.P. members in the lead up to his first election victory — his one and only majority. In 2017, then Conservative Leader Andrew Scheer spoke at the C.A.R.P. AGM in a bid to win the support of older voters. And last year, NDP Leader Jagmeet Singh speech to C.A.R.P.’s AGM generated headlines when he called for an end to for-profit nursing homes.