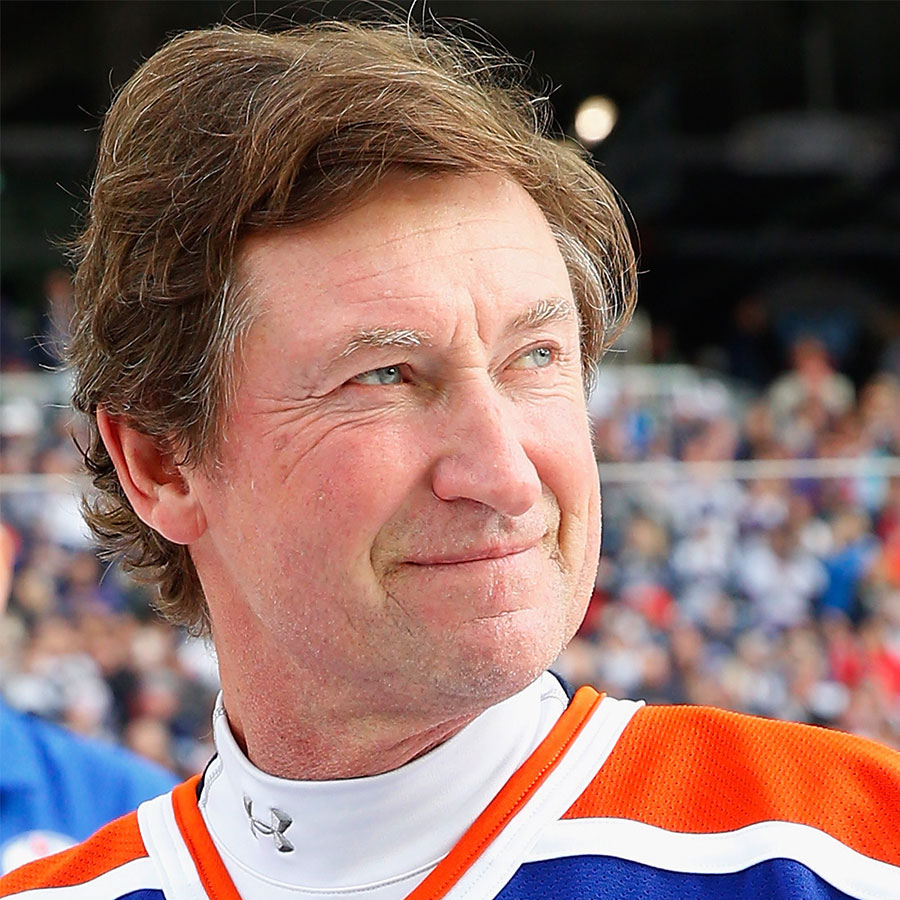 Wayne Gretzky is calling on the sport’s governing body to ban Russia from playing in 2022 World Junior Ice Hockey Championships, which are due to take place in Edmonton in August.

“I think international hockey should say we are not going to let them play in the World Juniors hockey tournament,” Gretzky, 61, said in an interview with TNT,  the U.S.-based sports station where he works as a broadcaster.

As a player, Gretzky led Team Canada against the Russian team in many international tournaments, including the 1978 world juniors. “I think we as Canadians need to take that stance since the games are going to be played in Edmonton.”

The International Ice Hockey Federation said it condemns Russia’s invasion of Ukraine and announced today that the sport’s international governing body has suspended Russia and Belarus hockey players “from every age category in international play until further notice.”

When Russia invaded Ukraine last week, the world responded quickly with economic sanctions that are inflicting real pain on Vladimir Putin, his wealthy supports and the Russian economy.

Now several major organizations are adding their support to Ukraine by officially banning Russian athletes from competing in international tournaments.

Today FIFA and UEFA, two of soccer’s most influential governing bodies, jointly announced that Russia teams have been suspended from playing in international or European competitions until further notice.

In a statement, the two groups say they hope “that the situation in Ukraine will improve significantly and rapidly so that football can again be a vector for unity and peace amongst people.”

The International Olympic Committee added its powerful name to the ban, recommending that “international sports federations and sports event organizers not invite or allow the participation of Russian and Belarusian athletes and officials in international competitions.”

These bans, as well as the massive outpouring of support for Ukraine and its beleaguered people, are making life difficult for athletes who ply their trade in North American pro leagues, especially hockey superstar Alex Ovechkin, who plays for the Washington Capitals.

It’s ironic that Gretzky, the all-time leading scorer, is calling out Russia, while Ovechkin, who may one day pass Gretzky’s scoring records, is drawing heat for a controversial interview he did in which he called for peace and basically played the role of dumb jock.

“It’s a hard situation,” said the 36-year-old who often plays for his home country in tournaments, implying that he can’t criticize Putin for fear of reprisals. “I have family back in Russia and it is scary moments, but we can’t do anything.”

But when Ovechkin was asked about his relationship with Putin, he grew evasive, saying, “Well, he is my president. But how I said, I am not in politics. I am an athlete and you know, how I said, I hope everything is going to be done soon.”

Ovechkin’s answer provoked an angry reaction, especially from people who note that he has openly campaigned for Putin during his elections and has, in the past, provided shout-outs to the Russian president on his Instagram feed.

Former NHL goalie Dominic Hasek was incensed by Ovechkin’s dissimilation, tweeting that the NHL must “immediately suspend contracts for all Russian players.”

“Every athlete represents not only himself and his club,” says the Czech-born Hall of Fame goalie. “But also his country and its values and actions. That is a fact. If the NHL does not do so, it has indirect co-responsibility for the dead in Ukraine.

The climate of anger against Russia and its athletes has grown in intensity to such an extent that TSN is reporting that some are asking the NHL to provide extra protection when they travel.