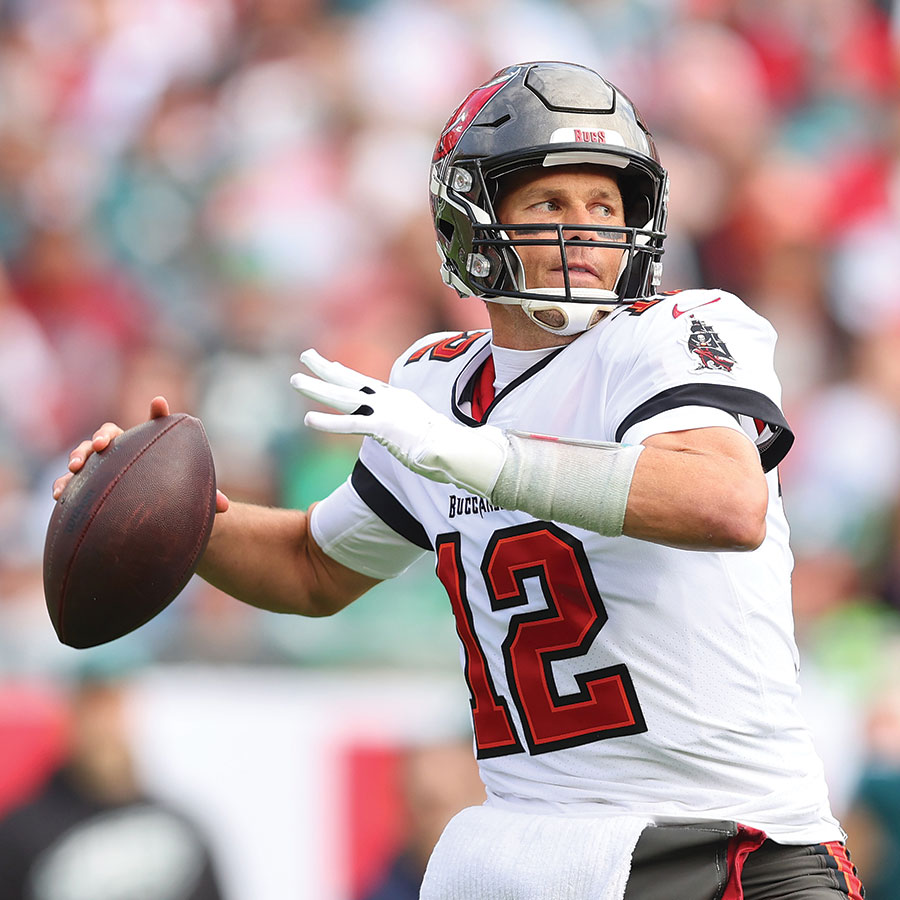 This weekend, Tom Brady rescinded his decision to retire from football — less than two months after telling everyone he had played his last game. Photo: Michael Reaves/Getty Images

With Tom Brady announcing that he is making a comeback — less than two months after he had retired as the greatest quarterback of all time — he joins a a long tradition of superstar athletes who reverse their decisions to step away from the playing field.

The list of athletes who couldn’t just stay away is filled with huge names: Gordie Howe, Muhammad Ali, Michael Jordan, Magic Johnson and Brett Favre, to name just a few.

Unfortunately, not one of these comebacks was very auspicious and a few — like Ali’s and Jordan’s — became exceedingly painful to watch as their respective skills had deteriorated so drastically.

But Brady, 44, who led all quarterbacks in passing numbers last year and led the Tampa Bay Buccaneers to a Super Bowl win in 2021, obviously feels he’s still at the top of his game.

“These past two months I’ve realized my place is still on the field and not in the stands,” he said on social media, expressing similar sentiments of those other athletes who just can’t let the competitive flame burn out.

Sports history is littered with examples of high-calibre athletes who just don’t want to give up. It’s why we see 46-year-old Tiger Woods still battling to return to the golf tour, even after suffering devastating leg injuries from a horrible car crash he was involved in last year. It’s also why Serena Williams keeps playing through pain, hoping to coax her battered 40-year-old body through to one more major tournament victory.

It’s the mark of their all-consuming competitive urge — they live always in the present and are never content with sit back and dwell on their past accomplishments. As former basketball star Tony Parker said, “the day that I am satisfied with what I have, that will be the day I retire from the sport.” Those of us who are anchored to our desks all day will simply never understand this sentiment.

Athletes grow so accustomed to feeding off the adrenaline that competition and winning produces and living in the limelight — with its excitement and adulation. They always yearn for the next accomplishment, the next trophy and the next record.

Michael Jordan, now 59, explained in an ESPN profile that even when an athlete retires, his or her competitive spirit doesn’t. “It’s consumed me so much,” he said of his drive to win that didn’t simply disappear on the day he retired. “I’m my own worst enemy. I drove myself so much that I’m still living with some of those drives. I’m living with that. I don’t know how to get rid of it. I don’t know if I could.”

That’s why we should forgive Brady, whose competitive spirit and will to win is often compared to Jordan’s, for prematurely telling the world in February that he was retiring. He simply can’t walk away knowing that  he has something left to give.

Who knows? His Tampa Bay Buccaneers are still a strong team — another Super Bowl victory is not our of the question. That, no doubt, is the “unfinished business” he’s referring to in his comeback statement.

And after watching another aging athlete play an extraordinary game this weekend, it’s likely that Brady realized he had made a hasty decision. Brady was in attendance to watch Manchester United play on Saturday.

Sitting in the stands to watch 37-year-old Ronaldo, arguably the greatest soccer player ever, score three goals on his way to becoming the all-time leading goal scorer in the history of professional soccer. It’s more than likely that as he was posing for this picture with Ronaldo after the game, Brady had already made his decision to return to the football field.

For a while, it looked like Hollywood might be a potential landing spot for the quarterback, after it was reported that he will  produce a comedy (starring Jane Fonda, Lily Tomlin, Rita Moreno and Sally Field) about older football fans who travel to see No. 12 play in the Super Bowl.

But for Brady, nothing will ever compare to the thrill of going out every week and leading his football team onto the field. Not even his supermodel wife, Giselle, and their three beautiful children.

It seems most people in football are happy that No. 12 is returning, especially his coach. “Tom Brady loves to play football as much as anyone I have ever been around,” said Buccaneers 69-year-old head coach Bruce Arians in a statement. “We are ecstatic that he decided to continue playing and working toward winning another championship.”

Perhaps the only person who isn’t happy that the legend is coming back is the poor schmuck who shelled out over US$500,000 in an auction last week for what he thought was the football from Brady’s last touchdown pass.

Tom Brady Walks Straight From the Football Field to Hollywood to Produce and Star in a New Movie, ’80 For Brady’