One Year Removed From a Near-Fatal Car Crash, a Confident Tiger Woods Says He’s Ready to Compete at the Masters 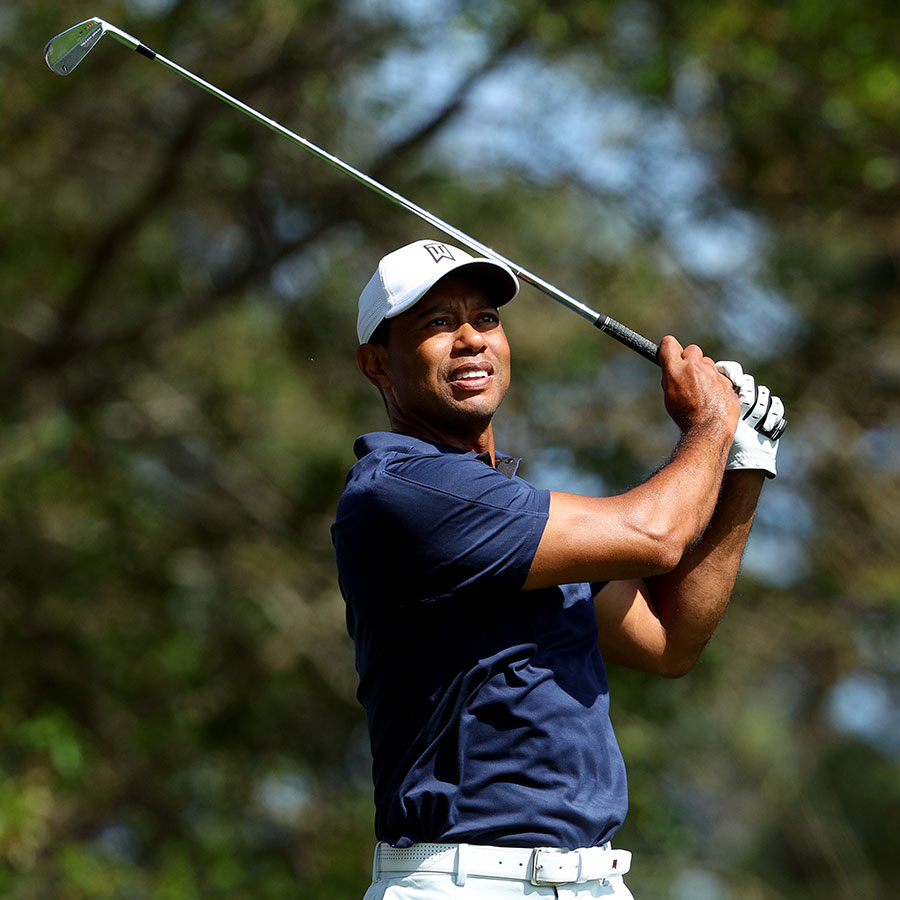 Tiger Woods plays his shot from the fourth tee during a practice round prior to the Masters at Augusta National Golf Club, Augusta, Georgia, Apr. 4, 2022. Photo: Andrew Redington/Getty Images

Tiger Woods says he has recovered from a near-fatal car accident and is ready to tee it off at this year’s Masters Tournament, which gets underway Thursday.

“As of right now, I feel like I’m going to play,” said the 46-year-old golfing legend, at a press conference Tuesday at Georgia’s Augusta National golf course. “I’ve been very excited how I’ve recovered each and every day.”

Not only does Woods feel he can play all 72 holes, but he even claims to be highly optimistic about his chances. When the supremely confident golfer was asked whether he felt he could win this weekend, he responded the only way he knows how — “I do.”

The last time Woods pulled a similar surprise on the golf world at the Masters was back in 2019, when he returned to Augusta after several injury-plagued seasons.

That year, he shocked those who had written him off with his superb play, eventually winning the tournament and collecting his fifth Green Jacket. Many who witnessed it agreed that it was one of the greatest comebacks in pro sports history. Imagine what they’ll say if he wins this year?

That’s because so few people thought Woods would ever golf again, let along play in a Major, when he crashed his SUV in February 2021, on a suburban Los Angeles highway. The injuries he sustained to his ankle and foot in that accident were so bad that doctors actually considered amputating the leg.
He’s also still recovering from his fifth back surgery, but obviously feels he’s ready to go.

“I don’t have any qualms about what I can do physically from a golf standpoint,” he said. “It’s now, walking’s the hard part. This is not an easy walk to begin with. Now given the condition that my leg is in, it gets a little more difficult. And 72 holes is a long road. It’s going to be a tough challenge and a challenge that I’m up for.”

As recently as mid-December, Woods said he wasn’t happy with his recovery progress. “I can’t compete against these guys right now, no,” he said back then. But playing with his son Charlie and finishing second in the PNC Challenge, a pre-tournament father-son competition, may have helped to change his mind.

Rory McIlroy, a pre-tournament favourite, said he wouldn’t be “shocked” if Tiger finished high up on the leaderboard this weekend. “I’ve spent a little bit of time with him at home and the golf is there. He’s hitting it well. He’s chipping well. He’s sharp,” said McIlroy.

Another favourite, Justin Thomas, who played a practice round this week with Woods, agrees. “Nobody has a work ethic and determination like Tiger,” he says.