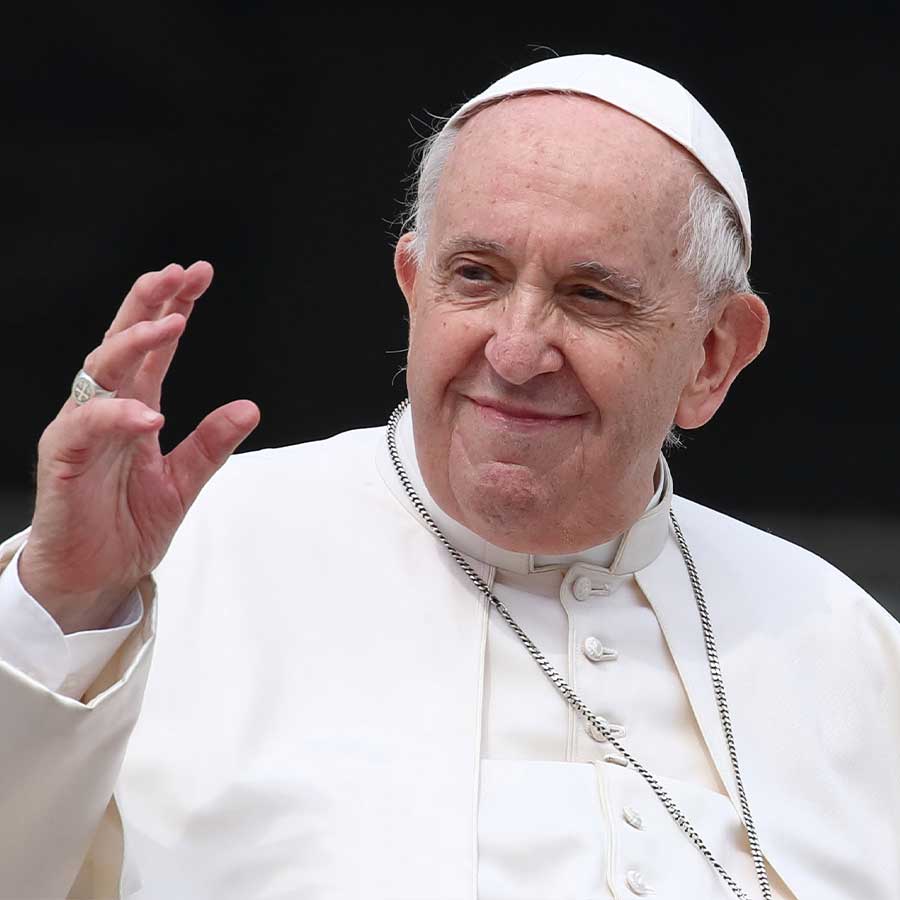 Pope Francis during the General Audience in St. Peter's Square earlier this month. The 85-year-old pontiff will visit Canada July 24-30 — a visit that many expect will see him apologize for the Catholic Church's role in residential schools. Photo: Grzegorz Galazka/Archivio Grzegorz Galazka/Mondadori Portfolio via Getty Images

Pope Francis will visit Canada July 24-30, the Vatican said on Friday, a trip during which he is expected to personally apologize for the Catholic Church’s role in residential schools where many Indigenous children were abused.

A Vatican statement said the pope would visit the cities of Edmonton, Québec and Iqaluit.

The pope, 85, is currently using a wheelchair because of a flare-up of pain in his knee. He has postponed a trip to Lebanon that had been scheduled for next month so he could can receive treatment.

He is still scheduled to make a trip to South Sudan and the Democratic Republic of Congo in early July.

Delegations of several indigenous nations visited the pope in April and accepted his apology then for the Roman Catholic Church’s role in Canada’s residential schools, which sought to erase their cultures and where many children suffered abuse.

About 150,000 children were taken from their homes. Many were subjected to abuse, rape and malnutrition in what the Truth and Reconciliation Commission in 2015 called “cultural genocide”.

The stated aim of the schools, which operated between 1831 and 1996, was to assimilate indigenous children. They were run by Christian denominations on behalf of the government, most by the Catholic Church.

“An Important and Necessary Step Forward”

Prime Minister Justin Trudeau commented about the papal visit Friday morning in a tweet thread, calling the visit “an important and necessary step forward — and it would not be possible without the bravery and determination of the Survivors, Indigenous leaders, and youth who shared their stories. To them, I say thank you.”

Meanwhile, Edmonton Archbishop Richard Smith, who is acting as the general coordinator for the trip, told CBC that the pope, “understands, as we all do, the strong connection of Indigenous Peoples to their land. The land, for them, culturally, spiritually, historically, in terms of their customs — they are deeply, deeply connected to it … “We fully expect that the Pope will reiterate the apology that he did give in Rome.”