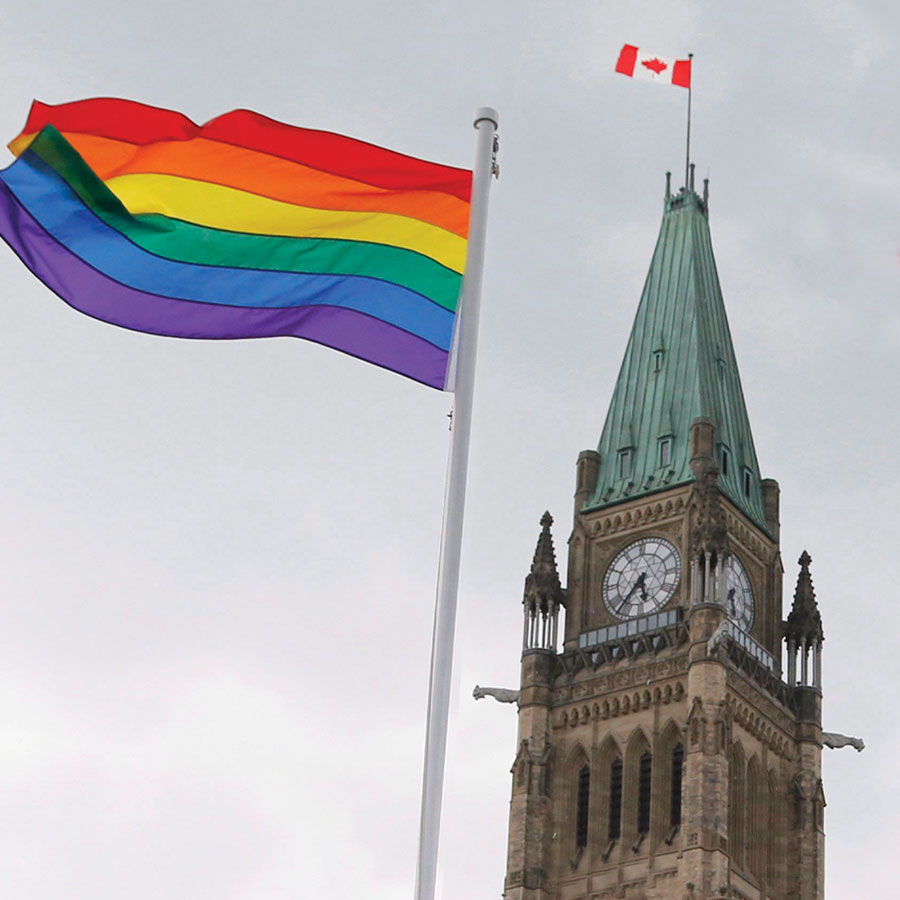 The pride flag raising ceremony on Parliament Hill in Ottawa on June 20, 2018. Various in-person Pride events are scheduled for throughout this month and next in cities across Canada. Photo: Patrick Doyle/Canadian Press

I know how to do Pride well. I can run a mile in a cork wedgie — and have, repeatedly, even as I slid into my late 50s. I marched in New York at an unsanctioned parade to mark AIDS activism and the 25th anniversary of Stonewall, the 1969 riot sparked by a police raid on a LGBTQ2S+ club. This uprising by a group of white, brown and Black queer and trans folk is commemorated by all Prides, like the one in my hometown of Winnipeg, which I skipped through in a sarong. Or the parade in Toronto that my boyfriend and I, dressed in ridiculous outfits, pranced through for 18 years in a row, a tradition that stopped in 2020 due to the COVID-19 pandemic. To say that I yearn to reconnect physically with legions of other LGBTQ2S+ folks at Pride is a gross understatement.

That desire among queer and trans folk is palpable across the country. There is a special energy generated when we gather en masse. And while we have shown incredible ingenuity and tenacity in maintaining connections through social media and other physically distant means, nothing can replace that face-to-face, skin-to-skin, high-heels-on-pavement connection.

After a two-year hiatus, Pride festivities return to in-person events across Canada this summer, with parades being planned from Victoria (June 26) to Winnipeg (June 5), Toronto (June 26) to St. John’s (July 14).

Granted, many Canadians are still wary of COVID-19 and may prefer to show their Pride online or at more private affairs. But those who do venture out are going to devour every flirty look, every awkward encounter with our exes, every moment of campy excess.

At the heart of Pride’s exuberance beats an ignoble secret: pain. That’s why queer and trans joy is so intense; it’s the flip side of pain. And that’s why Pride has always been a party and a protest, whether it was during the AIDS crisis of the ’80s and ’90s, the calls for racial justice and defunding the police in the last few years, or our current crisis of violence against trans folk, where a rash of legislative attacks on trans youth march in lockstep with physical attacks, especially against trans women of colour. A lot of intersectional politics courses through the seemingly frivolous festivities at Pride. Many in our communities are besieged. But when the world is out to get you, there is something vitally radical about just being alive. It’s a simple truth, hard won. Pride is a celebration of life.

Have the past two years been challenging for you? Come join us queer and trans folk at Pride. Shake out the sorrow. We know how to do this, and why.

A version this article appeared in the June/July 2022 issue with the headline ‘Canadian Pride’, p. 13.

Rufus Wainwright On Celebrating Judy Garland’s Centennial With His First Jazz Album, and His Friendship With Renée Zellweger