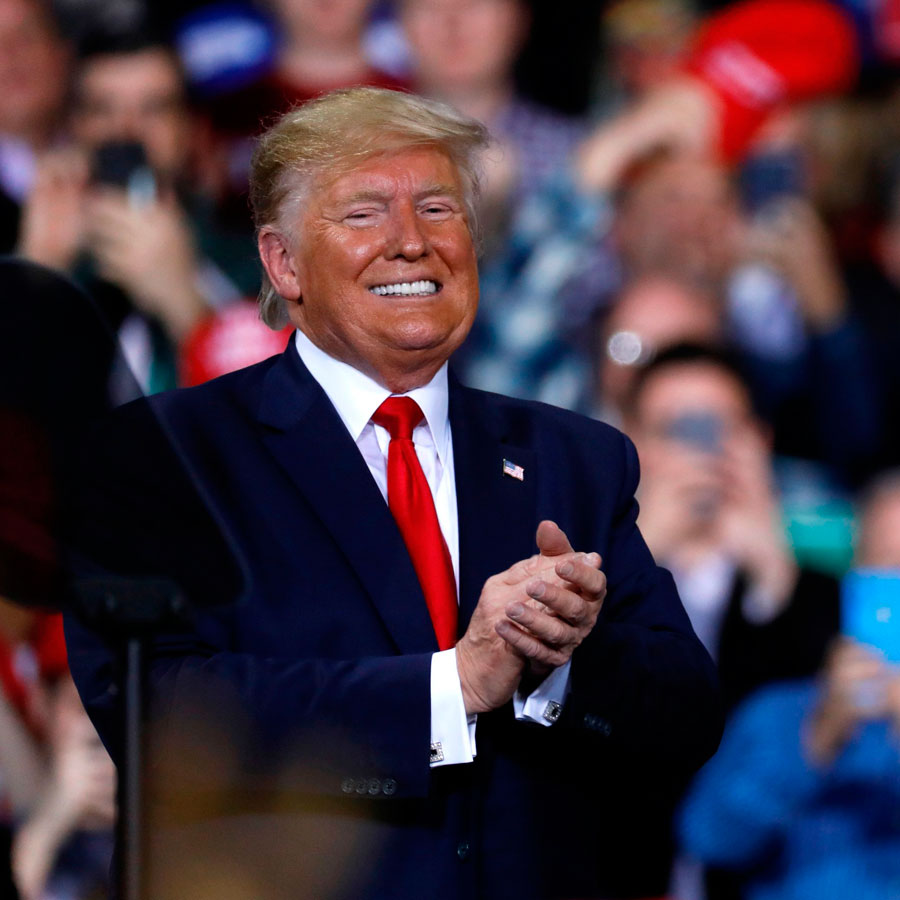 The Democratic majority House of Representatives impeached President Trump last night for abuse of power and obstruction of Congress.

It was all about blackmailing Ukraine to investigate Joe Biden’s son’s company by withholding military aid until Trump got some dirt on his political rival, or, as the Democrats described it: “inviting a foreign power to interfere in the American election.”

The Republicans called it a political vendetta and passionately defended him.
It was live political theatre all day long Wednesday, with Democrats and Republicans taking turns speaking in short bursts, some as short as 35 seconds.
That made it less like watching theatre and more like watching ping pong. And why did every Republican congressman sound like Tommy Lee Jones?

Trump was only the third president to be impeached. Andrew Jackson was the first, in 1868. Bill Clinton was the second, impeached for perjury and obstruction of justice in 1998. What about Richard Nixon? He resigned because he was about to be impeached.

Sure, the pundits are making it seem momentous and calling it historic. Even House leader Nancy Pelosi said it was “a very sad day.”

There was a lot of high-falutin’ talk last night about the Constitution and how no American, not even the President, is above the law.
But now the impeachment goes to the Republican majority Senate which will hold a trial,  and they’ll acquit him. The impeachment process for Trump is a replay of what happened to Bill Clinton, except he was impeached by a Republican House and acquitted by a Democratic Senate.

But being impeached hasn’t really had much impact on Clinton’s legacy, or his ability to command huge speaking fees. And it may not have much political impact on Trump. It could even help Trump get re-elected by infuriating and invigorating his base.
One commentator suggested Trump’s White House team is already at work on ways to weaponize the impeachment heading into the 2020 election.

This is the first time an impeached president will be running for office. But then, it’s also the first time there’s been an off-the-wall president like Trump.
Whatever the short-term or long-term effect of the impeachment, there’s an immediate effect on Trump’s psyche: It’s infuriating and unhinging him.
Even before the House debate yesterday, Trump sent a six-page nasty letter to Pelosi. Among his zingers; “Your chosen candidate lost the election in 2016 … and you and your party have never recovered from this defeat.”

Also: “You have developed a full-fledged case of what many in the media call Trump Derangement Syndrome and sadly, you will never get over it!”

Also: “You view democracy as your enemy!”

Last night at a Michigan rally, Trump was red in the face and wild -eyed, speaking about the House Democrats. “You are the ones interfering in American elections. We did nothing wrong. You are the ones bringing pain and suffering to the Republic.”

He managed to insult not only living politicians, mocking the looks of House Intelligence Committee chair Adam Schiff, but also sniped about recently deceased, long-time Michigan congressman John Dingell, suggesting that he may be in hell. Classy, eh?

But for all his bluster, the President is no match for Pelosi. There’s speculation  she may withhold sending the articles of impeachment to the Senate until she can be assured of a fair trial, thus thwarting a quick acquittal and, not incidentally, leaving Trump to twist in the wind.

Which is where he belongs.