Linda Tripp, A Key Figure in the Clinton-Lewinsky Scandal and his Impeachment, Dead at 70 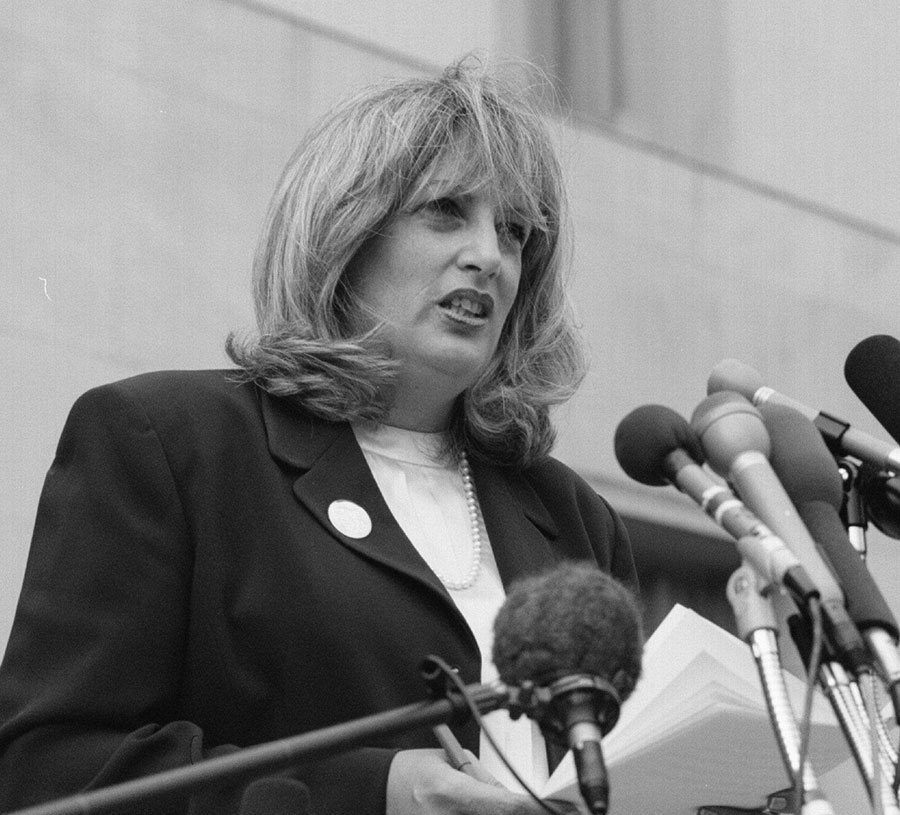 With friends like Linda Tripp who needs … well, surely you can fill in the rest.

Shooting to notoriety due to her elemental role in the Clinton impeachment saga — during which she secretly taped conversations with Monica Lewinsky, which she then handed over to Kenneth Starr, ergo kicking into gear the whole national quagmire — Linda Tripp died on Wednesday from pancreatic cancer. She was 70.

Frozen in time in a ’90s-era snow globe since the events of that decade — and seen, more than anything else, as a modern-day Judas as well as a cautionary tale of friendship itself — the day of her passing, however, brought an unexpected sliver of grace from Tripp’s one-time confidante.

Tweeting just hours before the announcement of her death, Lewinsky wrote: “[No] matter the past, upon hearing that Linda Tripp is very seriously ill, I hope for her recovery. I can’t imagine how difficult this is for her family.”

Okay, hands up those who had that on their 2020 bingo card?

In a year that has already had too much news, it was a full-circle Buddha moment for Lewinsky whose name the world would not even know — let’s face it — were it not for Tripp. If anyone could not be blamed for holding on to resentments, it could be the most famous White House intern of all time but yet … here we were.

A long-time civil servant — long before she would turn into the most famous “Girl Code” breaker of all time — Tripp was a secretary in the president’s counsel office in the early years of the Clinton presidency. Later, she was transferred to the Pentagon’s public affairs office, where she first befriended Lewinsky, more than 20 years her junior.

Oct. 3, 1997: the day that Tripp first began recording the first in a series of many calls with Lewinsky. Having become a sounding board for the inappropriate relationship that the latter was having with the then-president — and reportedly encouraged to do so by a literary agent — her calls, couched in other girlfriend talk, would go on for months.

Jan. 3, 1998: the day that Tripp was wired by the FBI before she went to meet her pal for lunch at Pentagon City Mall in Virginia, after which investigators eventually encased Lewinsky, taking her to a hotel room in order to question her for hours to get her to flip on the president. (She never did)

Other parts of Tripp’s legacy? That infamous stained blue dress, which became a pinpoint in the eventual Kenneth Starr investigations. It was, indeed, Tripp who encouraged Lewinsky to save it without dry cleaning.

The ensuing media circus, unsurprisingly, made her into such a household name that SNL began spoofing her in spades — John Goodman doing the honours in drag. In his version of Tripp — seared into the public imagination – she was a gluttonous, bumbling, nosy villain.

Then came the plastic surgery. Pretty much a new face. Having been hurt by the comments on her looks, Tripp told Larry King later that she had done it for her kids. Okay.

But no regrets. About any of it. Even long after disappearing back into civilian life in Virginia, where she and her husband went on to run a year-round Christmas ornaments store (really!), Tripp continued to paint the picture that she did what she did out of patriotic duty and, indeed, for Monica. In one recent interview, she insisted: “I say today, and I will continue to say, that I believe Monica Lewinsky is alive today because of choices I made and action I took.”

In another interview — on the podcast Slow Burn in 2018 — Tripp admitted that she had been disingenuous, but that it was the only way. “There wasn’t a thing about those three months that was authentic. Everything prior to that was, but I needed everything to be recreated, and it was beyond manipulative. Did I want to do that? Not necessarily, but I felt like I had no choice.”

Friend from hell — or a snitch with cause? The debate goes on and will do so, in particular, even after Tripp’s death since she is set to be essayed by Sarah Paulson in the next Ryan Murphy instalment of his American Crime Story. Impeachment; American Crime Story, that is, set to première towards the end of the year.

Bernie Sanders Is Out, Clearing the Way for Joe Biden to Face Trump in the U.S. Presidential Election