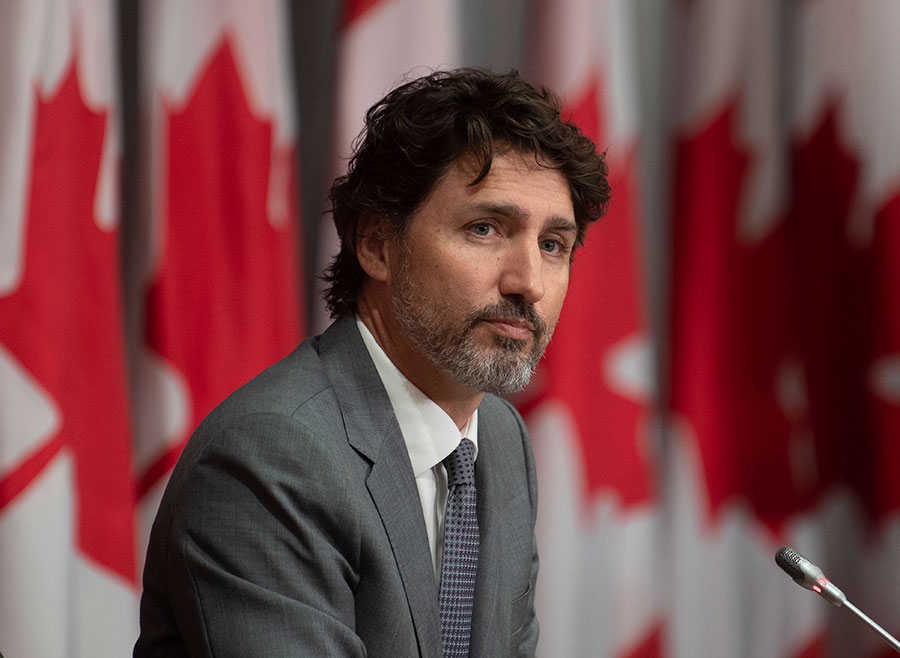 With tomorrow’s much anticipated throne speech, Prime Minister Justin Trudeau will reveal the Liberal government’s plan to kickstart the economy that has been devastated by COVID-19.

After Governor General Julie Payette delivers the grand vision that will bring about a quick recovery from this unprecedented economic crisis, the opposition parties will vote on a motion of confidence that will determine the fate of Trudeau and his minority government.

Hinting at what the recovery plan would look like when he prorogued Parliament back in August, Trudeau suggested that the throne speech will outline his vision for “implementing ambitious ideals” that will serve to “change the future for the better.”

The question many have is what his plan will look like? Will the environment dominate as it did in 2019’s throne speech or will supporting jobs and kickstarting the economy be the focal point.

There’s no doubt that younger Canadians – Generation Z and millennials – have suffered greatly during the pandemic. Their part-time job options have shrunk drastically and their long-term employment prospects won’t improve until the economy does. It’s likely that Trudeau will make sure that the younger age groups will be looked after in the recovery plan.

But there are so many other groups looking for support. The airlines, hospitality, small business, manufacturers, farmers, to name just of few of the many sectors that have been battered by the economic slowdown, have all been lobbying for additional relief support and extra funding to help them build back in the future.

And what about older Canadians? Might Trudeau consider topping up OAS or GIS payments to help lower-income seniors survive the pandemic? Will he put more money in provincial coffers to boost health care, shorten wait times and “strengthen long-term, home and palliative services across the country,” as CARP is calling for?

Whatever the vision, the one thing we know is that  the price tag for the government’s recovery plan will be eventually come due. Although former Minister of Finance Bill Morneau suggested in the past that raising taxes wasn’t his first option, his replacement, Chrystia Freeland, may have no choice but to increase taxes or reduce tax credits.

It’s more than likely that tomorrow’s throne speech will be the defining moment of Trudeau’s career. He has the unenviable task of creating one big package that jumpstarts the economy and supports all the many conflicting interests. As well, he’s going to have to offer a convincing explanation about how his government plans to pay off what will no doubt be one of the biggest spending plans in our history.

If the opposition parties don’t like what they see in the speech, they’ll vote against the confidence motion and we’ll go to the polls to decide whether we want to continue with the Liberals’ strategy or give the Conservatives an opportunity to come up with an alternative.

According to almost every observer, it’s extremely unlikely the opposition will trigger an election tomorrow. But their reaction to the throne speech will determine how closely they work with the Liberal minority to pass legislation that will let their recovery plans unfold. The country needs a united Parliament working collaboratively to help dig us out of this hole.

That’s why it’s imperative that Trudeau’s throne speech somehow manages to get the parties on board to support his ambitious recovery program. His own political future is at stake. And so is Canada’s.