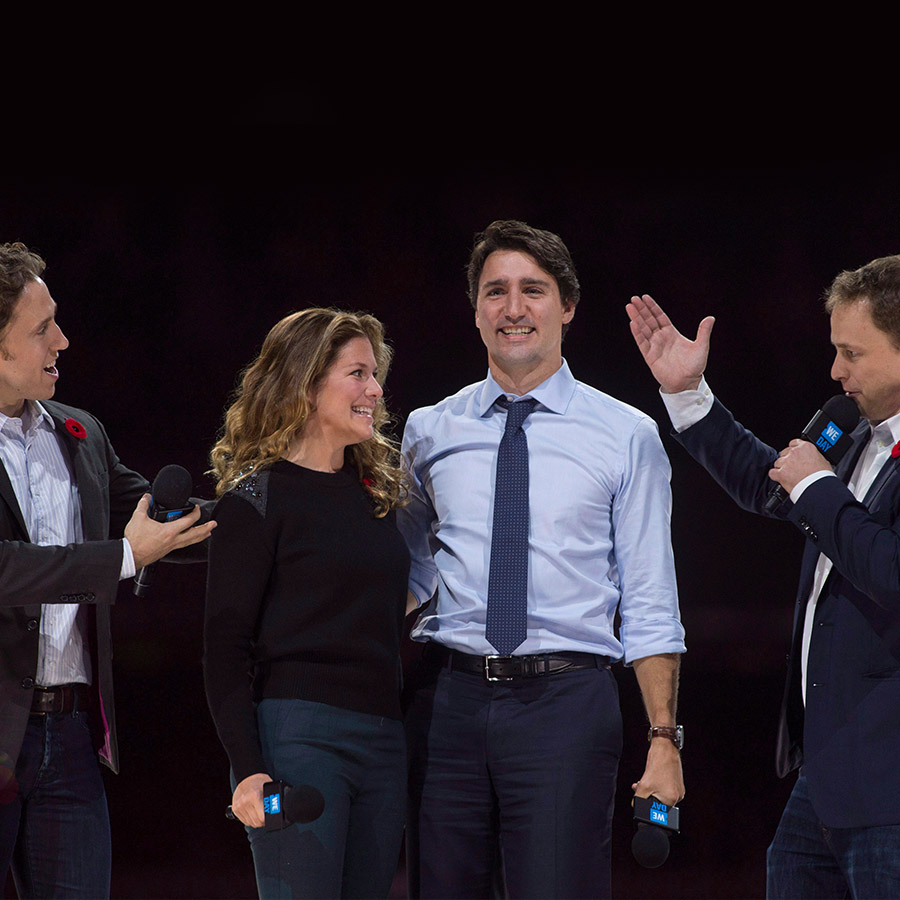 WE Co-founders Craig (left) and Marc Kielburger introduce Prime Minister Justin Trudeau and his wife Sophie Gregoire-Trudeau as they appear at the WE Day celebrations in Ottawa in 2015. Photo: Adrian Wyld/The Canadian Press

Former Canadian Finance Minister Bill Morneau breached conflict-of-interest rules by not recusing himself when the government awarded a contract to a charity he had close ties to, independent ethics commissioner Mario Dion said on Thursday.

In a parallel probe, Prime Minister Justin Trudeau was cleared of having broken any ethics rules when WE Charity was tapped to run a $900 million program to help students find work during the COVID-19 pandemic last year.

The charity later walked away from the contract.

Trudeau and Morneau both apologized last year for not recusing themselves during Cabinet discussions involving WE.

Trudeau’s wife, brother and mother had been paid to speak at WE Charity events in previous years, but Dion said this appearance of a conflict of interest was not “real.”

Morneau, on the other hand, was a friend of Craig Kielburger, one of the charity’s founders, Dion said. The charity had “unfettered access” to the minister’s office that “amounted to preferential treatment”, a statement said.

No fines or penalties were levied.

Morneau said on Twitter he should have recused himself. Trudeau said in a statement issued by his office that the decision “confirms what I have been saying from the beginning” that there was no conflict of interest.

Ahead of a possible federal election later this year, the opposition could use the ruling to underscore the government’s uneven track record on ethics. Trudeau has twice been found in breach of ethics rules in the past.

In August 2019, he was found to have broken rules by trying to influence a corporate legal case, and in December 2017, the previous ethics commissioner said Trudeau had acted wrongly by accepting a vacation on the Aga Khan’s private island.

In a statement, opposition Conservative Party leader Erin O’Toole said: “To clean up Ottawa, Conservatives will impose higher penalties for individuals who break the Conflict of Interest Act and shine a light on Liberal cover-ups and scandals, ending them once and for all.”

The controversy over Morneau’s ties to the charity was a factor in his resignation in August last year, when he also left his parliamentary seat, saying he would not run again. Chrystia Freeland was named to take over for him a day later.

Prime Minister Trudeau Apologizes For Not “Recusing Himself in WE Affair