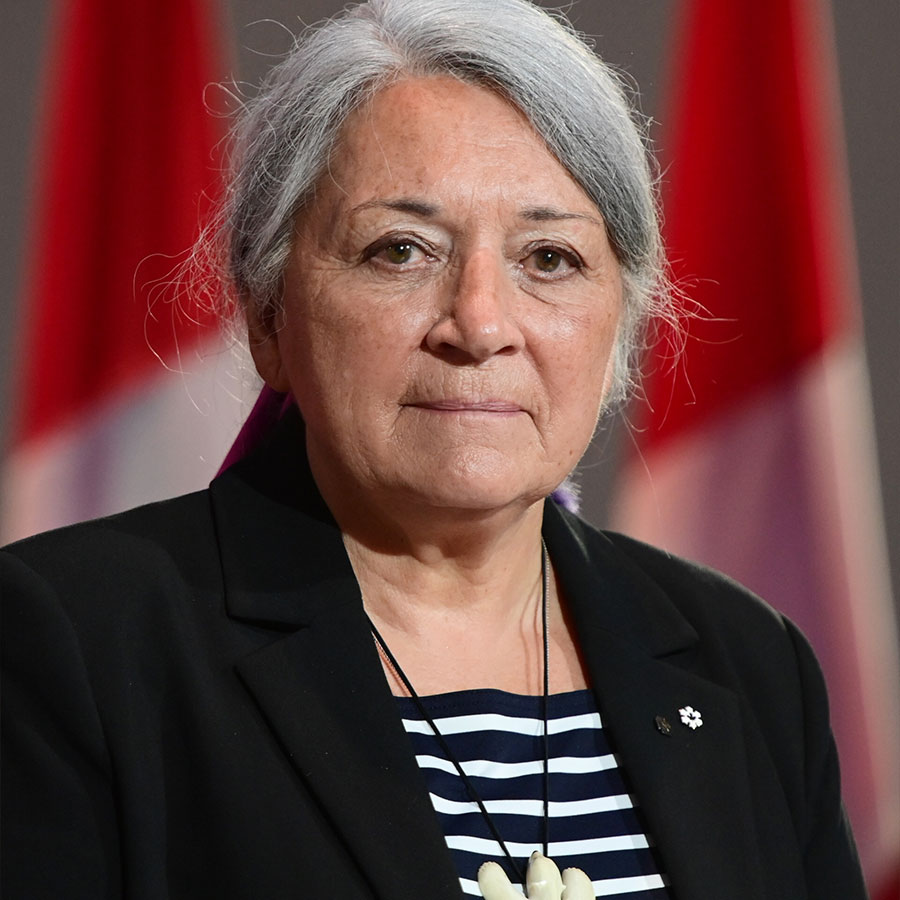 The Canadian Museum of History proved an appropriate setting for the announcement, on Tuesday, of Mary Simon as Canada’s 30th Governor General.

In addition to the Inuk leader’s historic appointment as Canada’s first Indigenous Governor General, Simon, at 74, is also the oldest incoming GG in history — a designation previously held by Georges Vanier, who was 71 when he was appointed in 1959.

Prime Minister Justin Trudeau introduced Simon and called the appointment “an historic step,” adding that, “Ms. Simon has dedicated her life to advancing social, economic and human rights issues for Canadian Inuit and Indigenous peoples, and I am confident that she will serve Canadians and promote our shared values with dedication and integrity.”

And indeed, Simon — who began her career in broadcasting with CBC North before joining the Northern Quebec Inuit Association, fighting for the rights of Inuit Canadians as president of Inuit Tapiriit Kanatami (ITK) and making history as the first Inuk Canadian ambassador (first of Circumpolar Affairs and, later, as ambassador to Denmark) — is up for the task of not only serving as the Queen’s representative in Canada, but also helping to unite a country reeling with the recent discoveries of unmarked graves at the sites of multiple former residential schools.

“It is only by building bridges between people in the North and South, just like in the East and West, that we can truly move forward,” Trudeau noted. And Simon seems the perfect person for the job, pointing to her generational heritage as one of her strengths.

A Cultural and Generational Bridge

Mary Simon began her remarks by thanking Queen Elizabeth II for trusting her to represent her in Canada. She then spoke of her youth in Nunavik in northern Quebec — where, she noted, her family “camped and lived on the land, hunted, fished and gathered food, and maintained an active connection with our Inuit language and heritage.”

As the daughter of an Inuk mother and a father from the south who managed a Hudson’s Bay post, Simon said that, “part of my cultural traditions as an Inuk are the strong bonds that are created across the generations.”

She credited both her grandmother and mother, who “were my teachers and mentors … They both instilled in me a boundless energy for learning, self-improvement and helping my community. They also taught me to always be proud of who I am and to keep my mind open to other points of view.”

Of her father, she said, “I learned about the south and the non-native world from a man who had a profound love and respect for the north, its people and its natural beauty.

“Combined,” she continued, “these experiences allowed me to be a bridge between the different lived realities that, together, make up the tapestry of Canada. I can relate to all people, no matter where they live, what they hope for or what they need to overcome.”

She added that, “I spent my adult life fighting for Indigenous and human rights, pushing for increased access for healthcare and access for mental health services and working hard to build better educational outcomes for our children. So it’s fair to say I’ve grown up twice — once in northern Canada and once in southern Canada.”

That said, Simon, while honouring the generational lineage that allowed her to forge her path toward today’s historic appointment, noted that she is committed to ensuring younger generations enjoy a brighter future.

She spoke of focussing on “improved educational outcomes for all of our children” and “prioritizing the protection of our natural world so that we can have a healthy planet and climate for generations to come.” And she sent a special message to women and girls, declaring that “we need more of your voices and perspectives in leadership positions across this country. I hope you use my appointment to believe, with increased conviction, that anything is possible.”

During her speech she also addressed the national reckoning over the unmarked graves found at multiple residential school sites in recent months, calling this moment an “an especially reflective and dynamic in our shared history.”

To that end, Simon promised to work to promote healing across Canadian society as a whole, which includes “stopping to fully recognize, memorialize and come to terms with the atrocities of our collective past that we are learning more about each day. It means we must thoughtfully work hard towards the promise of a better tomorrow. I believe that we can build a hopefully future in a way that is respectful of what has happened in the past.”

Simon acknowledged that her bilingualism is English and Inuktitut and that she was denied the opportunity to learn French as a child while attending a federal government day school. But, she added that she is “deeply committed to continuing my French language” and plans to “conduct the business of the Governor General in both of Canada’s official languages as well as Inuktitut — one of many Indigenous languages spoken across the country.”

Simon, who has also been awarded the Order of Canada and the National Order of Quebec, among other honours, added that she is “fully committed to setting and maintaining the highest possible standard of work and ethic in all aspects of my duties.”

While the sentiment is a general one that would be expected of anyone taking up the GG post, it’s difficult not to read it in the context of her predecessor, Julie Payette.

The former Canadian astronaut, who was appointed as GG by Trudeau in 2017, resigned the post in January of this year following CBC News reports of her creating a toxic work environment — an allegation backed up by an independent investigation that found that Payette and the head of the Office of the Secretary to the Governor General, Assunta di Lorenzo, fostered a work environment that included, “yelling, screaming, aggressive conduct, demeaning comments and public humiliations.”

Richard Wagner, Canada’s Chief Justice, had taken up the role as Administrator of the Government of Canada in the interim and will hold the post until Simon begins her GG duties. No timetable for that transition was offered.

“I also join Canadians in thanking His Excellency the Rt. Hon. Richard Wagner, for serving as the Administrator of the Government of Canada the past few months,” Trudeau added in his remarks today.

Trudeau had faced harsh criticism for not properly vetting Payette before elevating her to the GG position. As such, some see the timing of his appointment of a new — and historic — GG as, in part, a political move to put the cloud of controversy over Payette behind him, especially if a much-rumoured fall election comes to pass. When asked about the election at today’s press conference, both Trudeau and Simon said that they’ve not discussed the election.

Canadians React to This Historic Moment

With the announcement of Simon’s appointment, government leaders and other Canadians across the country — as well as the Royal Family — took to social media to celebrate the historic news.