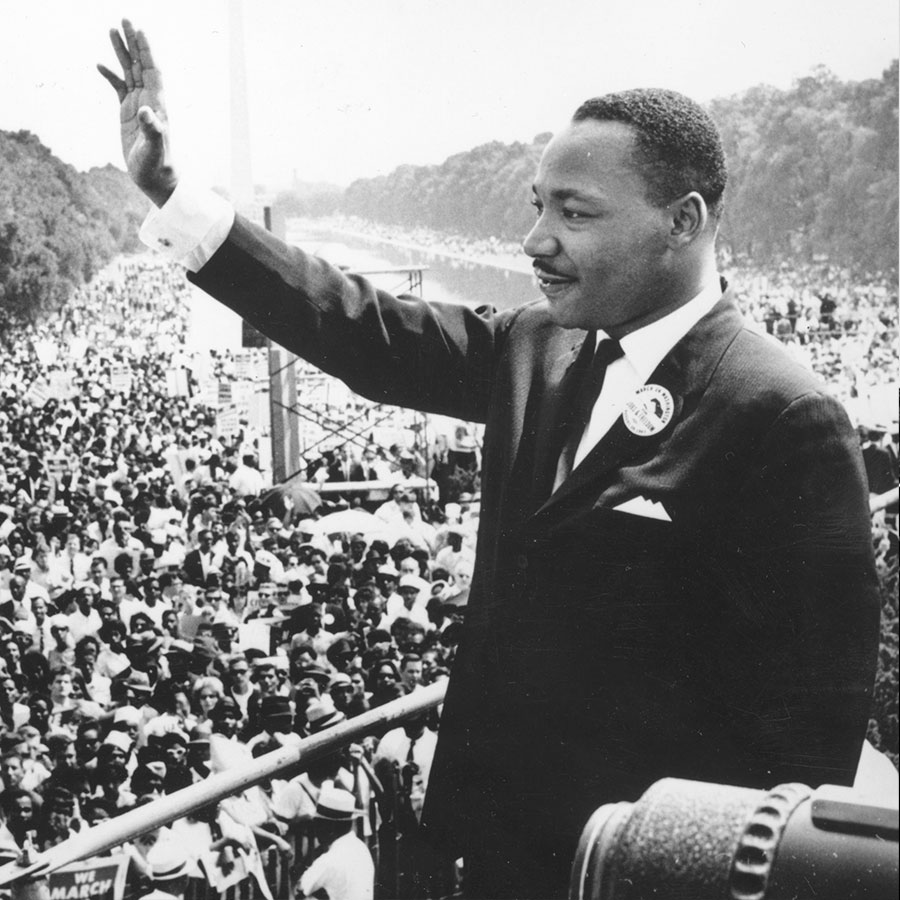 American civil rights leader Martin Luther King, Jr. (1929 - 1968) addresses crowds during the March on Washington at the Lincoln Memorial, Washington D.C., where he gave his 'I Have a Dream' speech. Photo: Central Press/Getty Images

Fifty-eight years ago, on Aug. 28, 1963, during the March on Washington for Jobs and Freedom, Martin Luther King, Jr. delivered his “I Have a Dream” speech in front of an estimated 250,000 people. The speech, reduced to sound bites and snippets since then, was 17 minutes in length, and while it was a sermon and elegy on many topics, the last passage of “I Have a Dream” (“Free at last. Free at last. Thank God almighty, we are free at last”) is almost always the only part remembered.

The first sentences of the speech, however, where King states, “the Negro is still languished in the corners of American society and finds himself in exile in his own land. And so we’ve come here today to dramatize a shameful condition,” are often forgotten.

The March on Washington was not only a protest against racial discrimination, but it was also meant to shore up support for civil rights legislation that was pending in U.S. Congress, and to turn a spotlight on income inequality in African-American communities. When folks cherry-pick King’s dream to suit a contemporary argument, not only is the context for which his words were uttered ignored, the civil rights movement itself is reduced to a tweet-able moment, without any real understanding of the social conditions under which King and other civil rights leaders did their social justice work.

As King’s daughter, Bernice has said, “Please don’t act like everyone loved my father. He was assassinated. A 1967 poll reflected that he was one of the most hated men in America. Many who quote him now & evoke him to deter justice today would likely hate, and may already hate, the authentic King.”

Thus, King’s “dream” was not about a distant, speculative future; it was about the imminent future of Black lives in America in this moment (past and present).

Another example of how the economic disparities of the civil rights era has been misinterpreted can be found in Ernest Withers’ photograph of the sanitation strike in Memphis on March 18, 1968. The image records Black workers’ mass walkout in protest of discriminatory treatment and life-threatening working conditions. With their disparate clothing and physiques, the men hold placards with the words “I AM A MAN.” This image circulates the internet today as a visual representation of race; absent is a discourse on the labouring conditions and economic struggle that underpins not just the image but also the protest itself. Significantly, this was the last march King attended before his assassination on April 4, 1968.

The digital era has reduced King’s speech to sharable content. In 2013, for instance, in commemoration of the 50th anniversary of the speech, NBC News asked Americans to share their “dreams” by using the hashtag #DreamDay and completing the statement, “I have a dream that [fill in the blank].” Similarly, earlier this year, in response to a discussion about anti-Asian racism, Meghan McCain, former co-host on ABC’s The View, in a comment that circulated Twitter, said in part, “… we are going to a place where even if people need money, even if people are qualified to get into the Ivy Leagues [schools], race and gender is more important than your skill qualifications, the content of your character, it is not what Martin Luther King, Jr. preached, I think this is a very, very slippery slope.”

The misuse of King’s words echoes Cornel West’s term, “Santa Clausification,” to describe the ways in which people portray King as a jolly, almost apolitical figure, fighting for universal human rights, not the fearless social justice warrior fighting for Black freedom that he was. Sure, King maintained a nonviolent stance, even though it made him seem less radical as compared to the Black Panthers, and his image garnered accusations of Uncle Tomism, but he never wavered from his focus on the betterment of the Black community.

The fact that King’s dream has yet to be realized was brought back into the collective consciousness when former San Francisco 49er player Colin Kaepernick began taking a knee during the playing of the national anthem during the 2016 NFL season. As a protest against racial injustice, police brutality and systematic oppression, Kaepernick’s knee mirrored the knee King, and other civil rights leaders strategically used during protests.

While many decried Kaepernick’s actions as unpatriotic at the time, after events in 2020 brought the topic of social justice to the fore, political leaders suddenly attached themselves symbolically to the iconography, including Prime Minister Justin Trudeau kneeling for a photo op among Black Lives Matter demonstrators. He has yet to make any promises to effect real change in anti-Black policies, such as over-policing in Black communities.

Making the Dream a Reality

According to a 2020 Washington Post analysis, the Black-white economic divide in America is just as wide as it was in 1968. Similarly, in Canada 83 per cent of Black people say they are treated unfairly at least some of the time in their work and personal lives, according to a 2019 survey. King’s dream is unfulfilled because it is never invoked something tangible that can be achieved right now, but instead it has become an elusive kumbaya moment beyond our reach. Instead of cherry-picking from the speech, we can begin the actual work to minimize the economic divide that is one of the root causes of racial discrimination.

Change does not have to be wide-reaching to make a difference. It starts with individual actions that can take the form of speaking up about the lack of equity and inclusion policies in your workplace, getting involved in community-based organizations such as the Federation of Black Canadians, which works to advance community building, higher education, health and economic security, among other things.

Ultimately, King’s dream can become real when we look forward from this moment, rather than looking back at an imagined past.