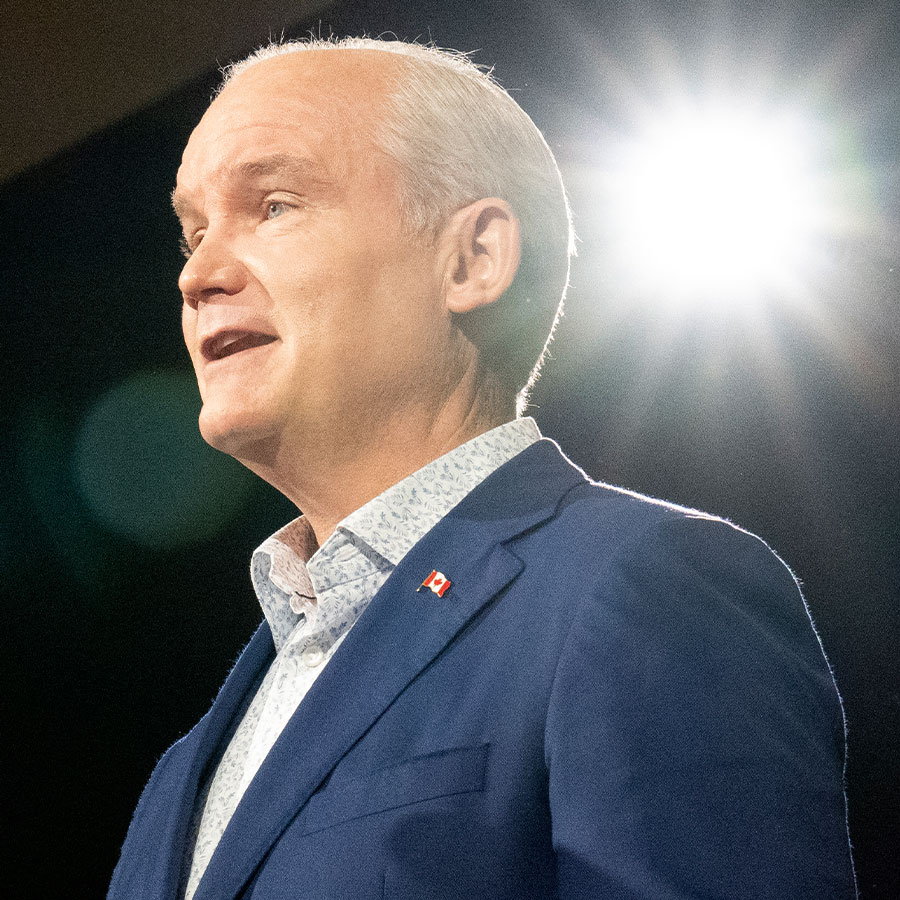 A month ago the prospect of Canada’s charismatic Liberal prime minister, Justin Trudeau, losing power to a little-known ex-air force navigator would have been faintly ridiculous.

When Trudeau called the Sept. 20 election, he had a hefty lead in opinion polls. But with less than two weeks to go, public opinion has soured on him to such an extent that Conservative leader Erin O’Toole could end Trudeau’s six years in office.

Trudeau, 49, sought the vote — two years ahead of schedule — to try to capitalize on his management of the pandemic to win a majority in parliament. Since 2019, he has only had a minority, forcing him to depend on other parties to govern.

But he appears to have underestimated the repercussions of calling the election during a worsening fourth wave of COVID-19, and O’Toole never speaks without accusing the prime minister of putting Canadians in harm’s way for personal ambition.

People also seem to be tiring of Trudeau, a factor that helped make the 48-year-old O’Toole a real competitor. Liberals knocking on doors say some voters are unhappy with the early election call and the massive amount of money the government spent combating the pandemic.

“Certainly part of our success is because Trudeau is not doing well,” said one Conservative strategist.

O’Toole has run a disciplined campaign, mostly with virtual events from Ottawa, which he says is a bid to limit the potential spread of COVID-19 at rallies.

His challenge is to expand a base that rarely falls below 30% or rises above 38% in public support, the level needed to win a majority under Canada’s electoral system. Even the most favourable poll so far put him at around 36%.

O’Toole won the party leadership by courting its influential social-conservative wing, which opposes abortion, gun control and government intervention in the economy.

But now he is promising worker representation on corporate boards and more protection for those in the gig economy, positions that no Conservative leader has taken before. He also supports abortion rights, unlike his predecessor.

“There are people who have never voted Conservative that we need to reach out to,” said one of the party’s top officials.

O’Toole’s relatively few public events outside Ottawa have encountered no hecklers or protesters, unlike Trudeau, who has been dogged by crowds of people loudly opposing vaccination mandates.

O’Toole is not as snappily dressed as Trudeau, who loves to work a crowd and is one of the world’s most prominent Canadians.

But O’Toole is upbeat on the campaign trail, often smiling and joined by his wife and two school-age children. After 12 years in the military, he became a lawyer before entering politics and was veterans affairs minister in 2015 under the previous Conservative government.

“He’s not the flashiest guy on the planet. I’m sure Erin will be the first person to admit that. But what he’s trying to project is competence and stability, focused on the things that matter to people,” said Conservative strategist Garry Keller.

Trudeau ‘Has Lied To Us Many Times’

O’Toole says Trudeau is corrupt and spending far too much money dealing with COVID-19. He promises to balance the budget inside a decade, although he has yet to detail how he will do it.

“Justin Trudeau is making your life less affordable today and expecting your kids and grandkids to pay your debts tomorrow,” O’Toole told a small socially distanced crowd in Vancouver during a campaign rally last week.

Retired lawyer John Richardson, 76, who attended the rally, described O’Toole as “mainstream, and he’s got real solutions,” adding Trudeau “is terrible, he’s not truthful, he’s lied to us many times.”

Previous Conservative leaders often had combative relations with the media, but O’Toole has been more careful, sometimes sidestepping and on occasion simply ignoring questions.

He was also nimble enough to recognize the Afghanistan evacuations as a weak point for Trudeau, who called the election the day the Taliban captured Kabul.

The road is now becoming tougher. While he did not make any huge mistakes in a French-language leaders’ debate last week, O’Toole did not land any big blows either. There are two more debates this week.

Trudeau has started to go on the attack, especially on O’Toole’s refusal to embrace vaccine mandates as COVID-19 cases rise.

To help identify new voters, the Conservatives hired Stack Data Strategy, a British analytics firm, to track down those who might be attracted by the new, more centrist policies.

“It may not be everyone in the Conservative base’s cup of tea, but it’s a recognition that in order to broaden the base to be a viable electoral option, Conservatives have to be talking about these things,” said Keller.

Indeed, under heavy pressure from the Liberals, O’Toole on Sunday scrapped a campaign promise to eliminate a ban on some assault weapons.

But O’Toole keeps pressing the message that Trudeau is concerned more about his image than results.

“Now is the time for a prime minister who actually gets something done. It is not about the photograph, Mr. Trudeau,” he told supporters in Nanaimo, British Columbia.