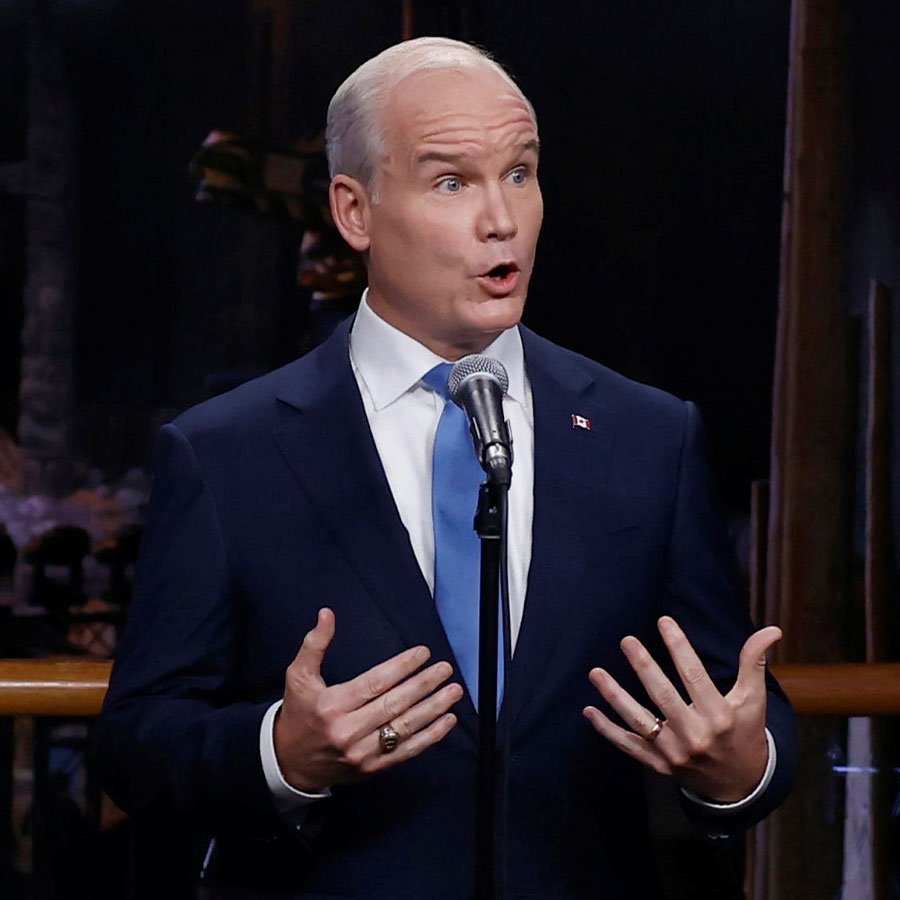 Conservative Party leader Erin O'Toole speaks during a news conference after the second of three two-hour debates ahead of the Sept. 20 election, at the Canadian Museum of History in Gatineau, Quebec, on September 8, 2021. Photo: Blair Gable/Reuters

The leader of Canada’s main opposition Conservative Party squares off against Prime Minister Justin Trudeau in a televised debate on Thursday that could go a long way in deciding who wins a Sept. 20 election.

Erin O’Toole took over his right-leaning party last year during the height of the COVID-19 pandemic and insiders concede he has had trouble introducing himself to voters.

But polls show he is ahead of the Liberals amid voter unhappiness with Trudeau’s decision to call an election two years early and he will have a chance to solidify his position in the third of three two-hour debates between party leaders.

“This is really, really important to both of them … they screw this up, they lose the election,” said Frank Graves, president of the Ekos Research polling company.

The debate is the only one in English, the language spoken by two-thirds of Canada’s 38 million people. Trudeau says he needs a vote now to judge whether Canadians back his decision to spend hundreds of billions of dollars to fight the pandemic.

“This is perhaps the single most important two hours of O’Toole’s political life … there are a lot of open minds out there so things could shift quickly either way,” said a Conservative strategist who requested anonymity because they were not authorized to speak to the media.

Trudeau, who has been in office for six years, lashed out at O’Toole during a French-language debate on Wednesday, accusing him of favouring restrictions on abortion and wanting to loosen gun controls.

The debate format – which groups five party leaders on one stage – can sometimes lead to participants talking over one another and the results are not always decisive.

But Trudeau, who took power in late 2015, benefited from major stumbles by opponents during debate in both the 2015 and 2019 campaigns, which he won. The session starts at 9 p.m. Eastern Time on Thursday (0100 GMT on Friday).

“Their Blood Will be on Your Hands”: Kabul’s Chaos Hits Trudeau’s Campaign