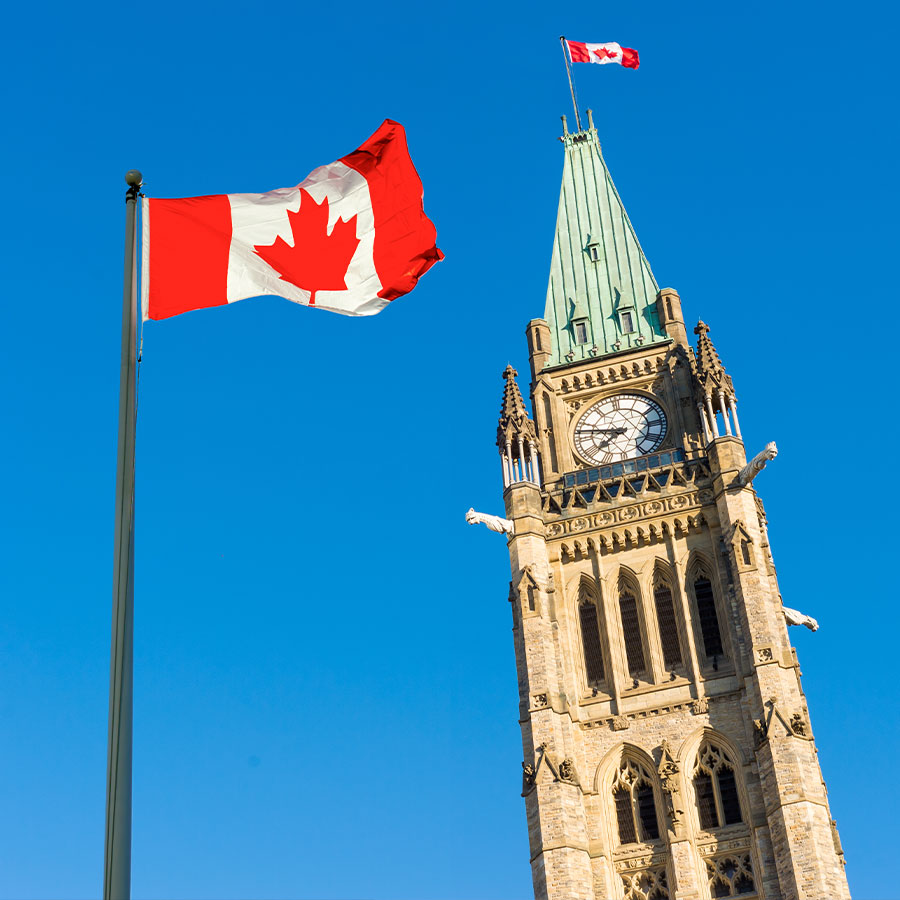 As Canadians prepare to head to the polls on Sept. 20, we look closer at the leaders of the five national parties and what promises they're making to win your vote. Photo: MarcBruxelle / GettyImages

With Canada’s 44th election just days away, those of us who haven’t already voted by mail or at advance polls are getting ready to choose a government that will lead us out of the pandemic and guide us into the recovery.

While few may have wanted this election coming while we’re still battling the pandemic, the stakes have never been higher. Our choice on Monday will have  significant ramifications on the years ahead. The government we chose will be charged with the monumental task of creating a plan that sorts out the health, social and economic turmoil caused by COVID-19.

Leading up to voting day on September 20, the polls remain incredibly tight, as they have since the early days of the entire campaign. The CBC’s poll aggregator shows the Liberals (at 31.6 per cent) holding a razor-thin lead over the Conservatives (at 30 per cent) with the NDP (20 per cent) set for their usual third-place finish.

If Prime Minister Justin Trudeau is to defeat Conservative leader Erin O’Toole — and earn his much-desired majority mandate — his Liberal Party candidates must capture at least 170 seats. However, if the Liberals fall short, as the polls suggest they will, we’ll be back to how it was before the election was called — a minority government that’s dependent on a third party to support its vision.

Over the course of the 36-day campaign, you’ve listened , watched the debates and listened to the rhetoric. Now it’s time to make your voice heard.

Here, we look at the five leaders vying for your support and learn more about their platforms and promises.

Background: After graduating from McGill University in 1994, Trudeau earned a degree in education and began teaching in B.C. But as the son of iconic Canadian politician and former Prime Minister Pierre Elliot Trudeau, young Justin was destined for a political career. In 2008, he was elected as the member of Papineau, Que., and in 2013 he followed in his father’s footsteps by becoming leader of the Liberal Party. Combining movie-star good looks with progressive politics, Trudeau rode a wave of global and domestic popularity and was elected prime minister in 2015, returning the Liberals to Ottawa with a strong majority government. Relying on a coalition of supporters in Atlantic Canada, Quebec and Ontario, Trudeau was re-elected again in 2019, but this time with a minority government. During that campaign, his reputation was somewhat tarnished by the SNC Lavalin political scandal as well as the emergence of photos of him posing in blackface from his past. Since COVID-19 struck, he has ably managed Ottawa’s response, providing timely support and relief programs for those affected by the economic turbulence caused by the pandemic. Trudeau called this election in order to seek a majority government, which would provide him with a strong mandate to implement his ambitious recovery program.

Popular Vote in 2019 Election: 33.1%
Current Seats in Parliament: 155
2021 Party Platform: Visit liberal.ca
Campaign slogan: “Forward — for everyone.”
Campaign website quote: “We need a government that will keep fighting even harder for a healthy, safe Canada. To raise our ambitions even higher on housing. To push even harder on the path of reconciliation. And to be even bolder on protecting our environment and growing our economy.”

Background: After attending the Royal Military College in Kingston, Ont., O’Toole served for 12 years as an officer in the Canadian Forces Air Command. After completing his service, he earned his law degree at Dalhousie University and began practising corporate law in Toronto. Like Trudeau, O’Toole comes from a political family — his father John was an MPP in Ontario between 1995 and 2014. In 2012, he successfully ran as the Conservative candidate for the riding of Durham, Ont., and later served as Minister for Veterans Affairs under Prime Minister Stephen Harper. In 2017, he ran for Conservative leadership, but lost out to eventual winner Andrew Scheer. After Scheer resigned in 2020, O’Toole again ran for leader, this time winning against Peter Mackay. Eschewing his original brand of “true blue” conservatism, O’Toole has re-branded himself as a moderate politician. While this has alienated the Western supporters, he feels that it will play better in Ontario and Quebec, two vote-rich provinces the Conservatives feel are necessary to defeat Trudeau.

Popular Vote in 2019 Election: 34.3%
Current Seats in Parliament: 119
2021 Election Platform: Visit conservative.ca
Campaign slogan: “Secure the Future”
Campaign Website Quote: “Canada’s best days are ahead of us. But we need to get the country back on its feet and back on track. Now is the time to get to work, to rebuild our economy and secure the future of all Canadians.”

Background: The son of Indian immigrants, Singh’s family bounced around before finally settling in Windsor, Ont. Singh majored in biology at the University of Western Ontario before earning his law degree at York University’s Osgoode Law School, where he began representing disadvantaged communities as defence lawyer. After a failed bid as the NDP candidate in the 2011 federal election, he ran in the 2011 Ontario provincial election, winning a seat and becoming the first MPP to wear a turban. In 2017, Singh replaced Tom Mulcair as leader of the federal NDP Party, becoming the first non-white person to lead a federal party. After leading the NDP for two years without a seat, he finally captured the Burnaby South riding in by-election in 2019. In the election that year, Singh led the NDP to a disappointing showing. His party captured only 24 seats (down from 44 in the previous election) after the Liberals borrowed many NDP policies in order to attract traditional left-of-centre voters. Singh’s major goal of this election is to create a platform that differentiates NDP policy from Liberal policy while appealing to voters, young and old, who have fallen through the cracks and have been economically scarred during the pandemic.

Popular Vote in 2019 Election: 16%
Current Seats in Parliament: 24
2021 Election Platform: Visit ndp.ca
Campaign Slogan: “Ready for Better”
Campaign Website Quote: “If we want different results, we need to make different choices. What we need now is the courage to act together.”

Background: The daughter of parents who immigrated to Canada from the Caribbean in the 1960s, Paul took to politics at a young age, serving as a page in both the Ontario legislature and the Canadian Senate. After receiving a Masters of Public Affairs at Princeton University and a law degree at the University of Ottawa, Paul became a environmental activist, leading various international NGOs in the fight to battle climate change. In the 2019 election, she ran as a Green Party candidate in Toronto Centre, eventually losing to then finance minister Bill Morneau but tripling her party’s vote. When veteran Green Party leader Elizabeth May stepped down in 2020, Paul was elected to replace her, becoming the first Black — and Jewish — person to lead a federal party. She’s spent much of her short tenure as leader trying to unify the party, which has been torn apart by infighting over accusations of racism and anti-Semitism. A revolt to oust Paul was defused when Jenica Atwin, one of the Green Party’s three sitting MPs, crossed the floor and joined the Liberals. Paul’s focus this election will be to win her seat in Toronto Centre and shifting the political spotlight on to environmental issues, which have been pushed to the side during the pandemic.

Popular Vote in 2019 Election: 6.5%
Current Seats in Parliament: 2
2021 Election Platform: Visit greenparty.ca
Campaign Slogan: “Be Daring”
Campaign Website Quote: “This is a moment that demands daring, courageous leadership. We are the party for this moment.”

Background: After earning his law degree from the University of Ottawa, Bernier spent his early career practising corporate law in Quebec. In 2005, he successfully ran as the Conservative MP from Beauce, Que., and later held various ministries under the Stephen Harper government. He eventually ran for the leadership of the party in 2017 but lost out in a close race to eventual winner Andrew Scheer. Bernier never settled his differences with the new leader and in 2018 announced that he was resigning from the Conservatives to head the newly-formed People’s Party — a libertarian movement that curried support from supporters on the far right. In the 2019 election, Bernier’s party garnered only 1.6 per cent of the popular vote and he lost his seat in Beauce. Since then, he’s become an outspoken critic of the government’s pandemic battle and has been a frequent participant in anti-mask rallies and is publicly against vaccine mandates. His goal in this election is to win back his old seat and try to gain support from Conservatives who don’t like the moderate direction in which O’Toole is moving the party.

Popular Vote in 2019 Election: 1.6%
Current Seats in Parliament: 0
2021 Election Platform: Visit peoplespartyofcanada.ca
Campaign Slogan: “Common Sense Policies that Put Canadians First”
Campaign Website Quote: “We want to make Canada a place where you and your family can thrive instead of just getting by, and achieve your dreams, no matter how big or small they are.”