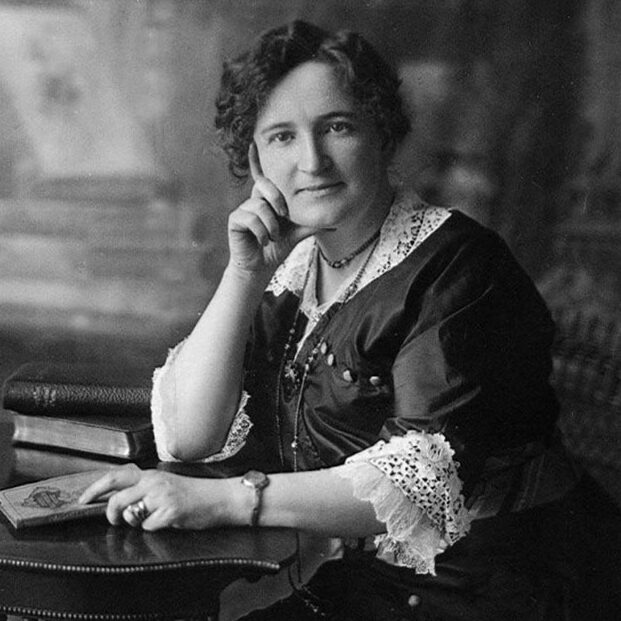 Nellie McClung, member of the Famous Five, between circa 1905 and 1922. Photo: National Archives of Canada

A century ago, the fight for gender equality was in full swing on both sides of the border. In the U.S., women gained the right to vote 101 years ago this year on Aug. 26 — a date known since 1970 as Women’s Equality Day.

Meanwhile, the 27th of August marked 94 years since Canada’s “Famous Five” — Emily Murphy, the British Empire’s first female judge; Irene Marryat Parlby, political activist and first female cabinet minister in Alberta; Nellie Mooney McClung, a suffragist, author and member of the Alberta Legislature; Louise Crummy McKinney, the first woman elected to the Legislative Assembly of Alberta (or any legislature in the British Empire); and Henrietta Muir Edwards, author and a founding member of the Victorian Order of Nurses — embarked on a case that would have women deemed “persons” under the law and, thus, able to serve as senators.

And Oct. 18 — Persons Day — commemorates the 92nd anniversary of the day, in 1929, when Canada’s highest court of appeal legally enshrined women as “persons” under the law.

“This gave some women the right to be appointed to the Senate of Canada and paved the way for women’s increased participation in public and political life. Though this decision did not include all women, such as Indigenous women and women of Asian heritage and descent, it did mark critical progress in the advancement of gender equality in Canada,” reads a Government of Canada website.

It wasn’t long after the “Persons Case” that Canada appointed its first female senator — only four months, in fact.

In February, 1930, 45-year-old Montreal-born Cairine Wilson became Canada’s first female senator. As government archives note, Wilson “distinguished herself as an advocate for human rights, speaking out against Hitler and arranging to bring Jewish orphans to Canada,” during the Second World War before going on to serve as Canada’s first delegate to the United Nations (1949) and Canada’s first female Deputy Speaker of the Senate (1955). She also co-founded and served as president of the National Federation of Liberal Women of Canada, among her many accomplishments.

However, it would be another 75 years before an Indigenous women would be appointed to the upper house, with the Honourable Lillian Eva Quan Dyck serving from 2005 to 2021. And while Dyck is a member of Saskatchewan’s Cree Gordon First Nation on her mother’s side, her father is Chinese, which also makes her the first Canadian-born person of Chinese descent to become a Canadian senator.

Breaking another barrier, this year saw the appointment of Canada’s first Indigenous — and its oldest — governor general. With the toppling of statues immortalizing architects of Canada’s residential school system — not to mention continued discoveries of unmarked graves at the sties of former schools — the appointment of 74-year-old Mary Simon, an Inuk from Kuujjuaq, Quebec, comes during a time of reckoning in Canada’s relationship with Indigenous peoples.

“I have heard from Canadians who describe a renewed sense of possibility for our country and hope that I can bring people together,” she said in her appointment speech in July.

Simon, Canada’s fifth female governor also had a message for women and girls, saying “we need more of your voices and perspectives in leadership positions across this country. I hope you use my appointment to believe, with increased conviction, that anything is possible.”

The Famous Five’s legacy is that no political office in this country is closed to woman — the PMO included. And, of course, Canada has had a woman at the top — even if it did feel like the briefest of moments — with Kim Campbell in June of 1993 taking over as leader of the PC party and prime minister from the outgoing Brian Mulroney. Her claim on the top job was short-lived, though, as her party was defeated in a federal election just six months later.

As deputy prime minister, Freeland, 53, has already achieved the closest Canadian equivalent to vice-president. And with her appointment to Finance Minister in August 2020 — the first woman to hold the cabinet position — she’s in a very good position for a run at the top spot. In fact, there’s precedence for it — Charles Tupper, R. B. Bennett, John Turner, Jean Chrétien, and Paul Martin all became prime minister after previously serving as minister of finance.

Harris, though, is no stranger to firsts. A prosecutor by trade, she was California’s first woman of colour elected as attorney general in 2010. Then, in 2016, she was elected Senator of Illinois and became the first South Asian-American to serve in the senate. She was also the first African-American, the first Asian-American and only the third female vice-presidential running mate on a major party ticket in history — and we know how successfully that turned out.