With Omicron Concerns on the Rise, Liberal Economic Update Pledges $30 Billion to “Finish the Fight” Against COVID-19 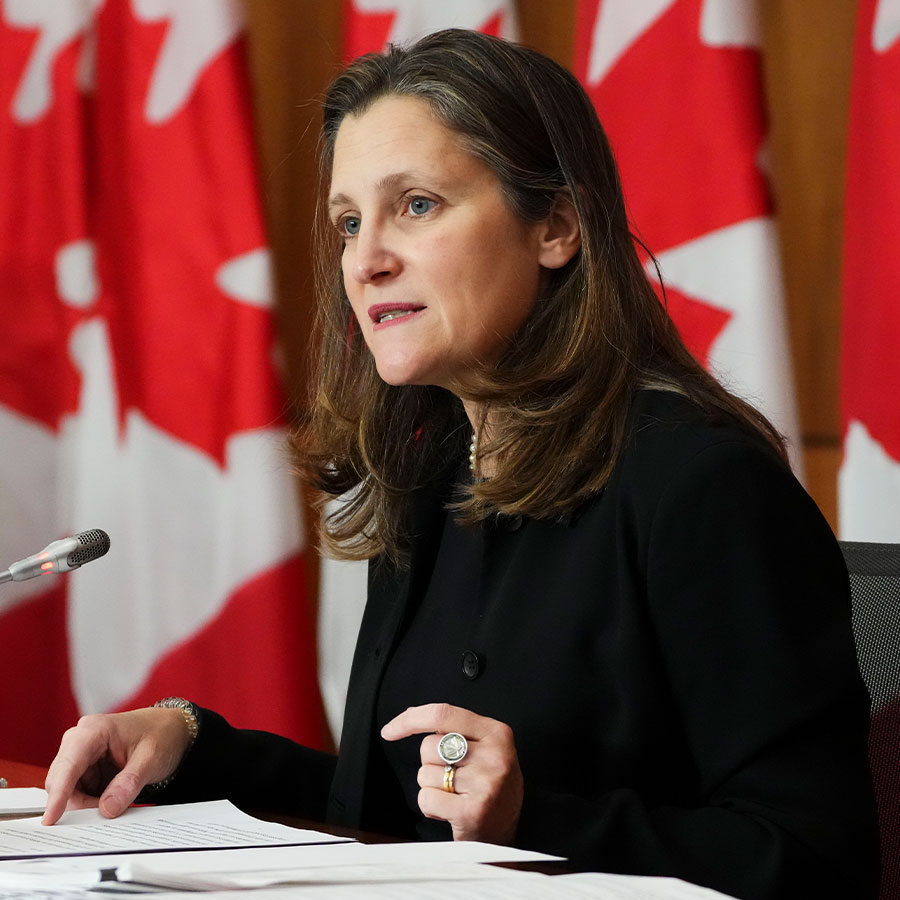 Amid worries that the Omicron variant will cause a new round of tighter health restrictions, business shutdowns and border closures, Finance Minister and Deputy Prime Minister Chrystia Freeland released the Liberal Party’s fall economic update on Tuesday, pledging nearly $30 billion in new spending “finish the fight” against COVID-19.

As if to emphasize the point that the pandemic continues to hang over our lives, Freeland, 53, was forced to deliver her statement by video after two of her staffers tested positive for COVID-19. Even though Freeland herself tested negative, she chose not to deliver her speech in the House of Comments “out of an abundance of caution.”

The Liberals’ Economic and Fiscal Update 2021 contains updates on spending programs and policy moves that the government will take over the next few months until it releases its full budget in the spring. It was already announced yesterday that $40 billion payment will be made to compensate Indigenous people who faced abuses as children in the country’s residential schools.

“This provides Canadians with a transparent report of our nation’s finances,” said Freeland, in her video speech to the House. “It also includes targeted investments that will ensure we have the weapons we need to finish the fight against COVID-19.”

Freeland devoted part of her speech to the thorny issue of inflation, which is becoming a big cause of concern for all Canadians — especially those who are retired or living on fixed-incomes.

“We know inflation is a global phenomenon driven by the unprecedented challenge of re-opening the world’s economy,” she said, outlining that she would work with the Bank of Canada “to ensure that the current rate of inflation does not become entrenched.”

Today’s update also included one measure aimed at low-income seniors. Freeland noted that the government would issue one-time payments to seniors whose GIS had been clawed back after they qualified for the Canada Emergency Response Benefit.

Freeland also shared some positive economic news, noting that our economy is growing faster than expected. She said that Canada’s GDP “has already returned to near pre-pandemic levels” and that our third-quarter economic growth “outpaced the U.S., the U.K., Japan, and Australia.”