Justin Trudeau At 50: What Might Visits From the Ghosts of Politics Past, Present and Future Reveal? 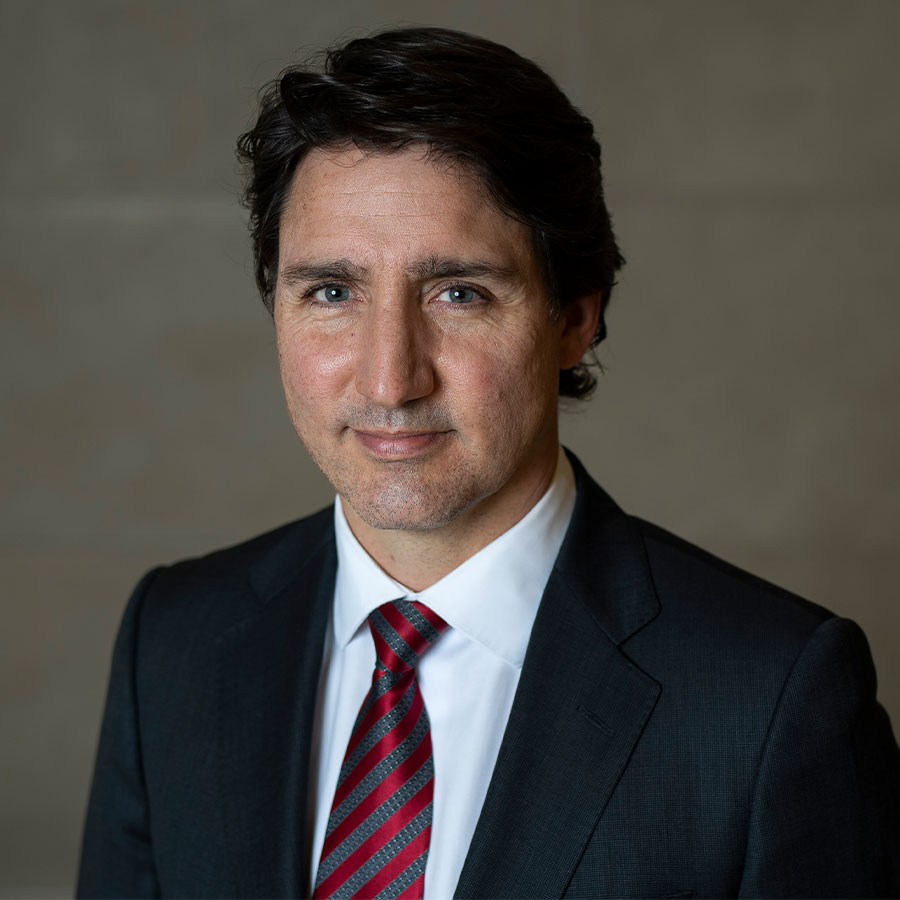 Justin Trudeau turns 50 on Christmas Day, a milestone he's claimed is an "arbitrary" one and "no big deal." Photo: Justin Tang/The Canadian Press

Of course, a 50th birthday can be a time to take stock of one’s life, to look back and ahead, to recalibrate and reconcile one’s first act with what comes next. Even so, Trudeau has played down its significance, calling it an “arbitrary milestone, no big deal” to be celebrated at Rideau Cottage in an interview with the Toronto Star.

And yet it’s difficult not to reflect on a milestone birthday — especially when you’re a prime minister who went from massive popularity to back-to-back minority governments while dealing with some of the biggest crises of our time. As such, we wonder how it might play out if Trudeau, on the eve of his 50th birthday — as with Ebeneezer Scrooge on Christmas Eve in the Dickens classic A Christmas Carol — were visited by three ghosts: of Politics Past, Present and Future.

The Ghost of Politics Past

On the night before Justin Trudeau turns 50, the Ghost of Politics Past manifests to transport him back to his birth, on Dec. 25, 1971, in an Ottawa Hospital.

Here is his dapper, charismatic father, with a red rose in his lapel, revelling in Trudeaumania, bestowing bilingualism upon the land. Listen closely, the Ghost advises, as the first Trudeau PM whispers a word of wisdom. The word is unclear, barely articulated and its meaning perplexing. “Fuddle-duddle,” or something similar, murmurs Trudeau the Elder, who casts a long, long shadow.

And who is that the Ghost brings to visit now? Why, it’s Richard Nixon, the former U.S. president. During a gala state dinner in Ottawa in 1972, when Justin Trudeau was just four months old, Nixon predicted the infant would one day follow in his father’s footsteps. He raised a glass and announced, “Tonight we’ll dispense with the formalities. I’d like to toast the future prime minister of Canada: to Justin Pierre Trudeau.”

The years pass, the birthdays accumulate and the Ghost reveals Trudeau advancing into manhood. But wait, what’s this? A snowboard? A Haida tattoo?

Suddenly, swirling around the young man, as if a snow globe has been shaken, are multitudes: pollsters, advisors, mandarins, ministers, voters. Trudeau magically and precociously transforms into a legislator, eventually leading his people triumphantly out of the wasteland of third party status into the promised land of a landslide — a stunning sweeping majority of 132 seats, ousting the sitting Conservative prime minister.

The four years of his first term pass and the Ghost of Politics Past manifests Canadian academics, who, while wishing Justin a happy 50th birthday, congratulate him for fulfilling — fully or partially — roughly 90 per cent of the election promises in that first term, the most by any Canadian government in 35 years.

But all is not well in the past, as the Ghost confronts the birthday boy with a parade of scandals, debacles and crises.

Horrifically, the Ghost forces Trudeau to see himself in blackface not once but three times and also in a gilded Indian costume.

Next, the Ghost forces Justin to contemplate himself professing responsible environmental practices while at the same time promoting the Trans Mountain oil pipeline expansion project (with promises to direct revenue to clean energy projects). And here is Jane Philpott and Jody Wilson-Raybould, both expelled from the party in the fallout over the SNC Lavalin corruption scandal.

Now the Ghost brings forth the Kielburger brothers, whose WE charity embroiled Trudeau in three ethics commission inquiries. “I made a mistake,” Trudeau cries out.

Then the Ghost manifests that most dreadful creature of all: Donald Trump. The then U.S President calls the Canadian prime minister “two-faced” for mocking him when he didn’t realize he was on camera, a diplomatic faux pas (albeit one that may have delighted many Canadians).

The Ghost of Politics Present

Trudeau is confronted now by a vision of himself not as the golden wunderkind but as a 50-year old politician who lost his gamble on calling an unnecessary fall election in the midst of a pandemic to win a majority. Instead, it’s noted, he picked up only a few seats and governs again with a minority.

The Ghost of Politics Present points Trudeau to a political scientist from Simon Fraser University who told the New York Times about the 2021 election, “There wasn’t really a winner. There was just a whole bunch of losers.”

Trudeau dismisses outright the suggestion that he’s a loser. Even in his sleep, even at age 50, he’s lost none of his brashness.

“Canadians are expecting big things to be done by Parliament and by this government,” he says to the Ghost, reiterating what he said at a news conference in October. “With a refreshed and reinvigorated team around me, I’m really excited about what we’re going to be able to accomplish.”

Goals aside, the Ghost of Politics Present introduces Kúkpi7 (Chief) Rosanne Casimir, a reminder of Trudeau not accepting invitations to visit her community on Canada’s first National Day for Truth and Reconciliation and instead travelling to nearby Tofino for a family vacation.

“A mistake and I regret it,” Trudeau cries out again, when confronted about this hurtful and disappointing lapse in judgement.

Now Trudeau comes back fighting, listing for the Ghost his achievements — all accomplished before he even turned 50, he notes proudly: the first gender-balanced federal cabinet! Increasing the Canada Child Care Benefit! The two Michaels brought home! Legalizing marijuana! More refugees resettled in Canada in 2018 than in any other country! The carbon tax! A gender-neutral national anthem! Pay equity in the federal sector! Legal protection for transgender people!

He banishes the Ghost of Politics Present on the night of his 50th birthday with one last thought — the achievement he may value most now that he has turned 50. It’s what he told the Toronto Star as his 50th birthday approached.

“I tried to get people to detach their memories of my father from their contemplation of me,” he said. “That’s no longer a challenge I have.”

The Ghost of Politics Future

The third visit on the eve of Trudeau’s 50th birthday brings, of course, the appearance of the Ghost of Politics Future. This Ghost presents Trudeau with many potential scenarios, all of them challenging and many littered with minefields including, most immediately, possible intervention regarding Quebec’s Bill 21 — which bars some public employees in positions of authority, including teachers, from wearing religious symbols such as turbans, kippahs and hijabs at work.

The Ghost shows Trudeau many more political conundrums that he’ll have to deal with as he enters his sixth decade.

Can Trudeau meet the challenge of navigating Canada into a post-pandemic future that may no longer rely on this country’s oil resources? Is there a future for Trudeau in politics after calling a snap election and failing to achieve a majority, barely squeaking by with his second minority government? Has he made so many “mistakes” that voters’ patience with him is wearing thin? Has his party managed to redeem itself after a slow start in protecting Canadians during the pandemic? Will inflation and hard times to come turn voters away from the party in power?

For the near future, Trudeau is in a strong position, several analysts told the New York Times, because no one wants another election.

“Trudeau has clear sailing for at least two years and he might even get four,” Concordia University political scientist Brooke Jeffrey said.

Two more years, and maybe four, to govern as he wishes and bring about the Canada he envisions — now that’s a 50th birthday present that, if utilized correctly, should banish all the ghosts, past, present and future — and all the demons — too.

The Year In Politics: 5 Major Events That Shaped Canada’s Political Landscape in 2021