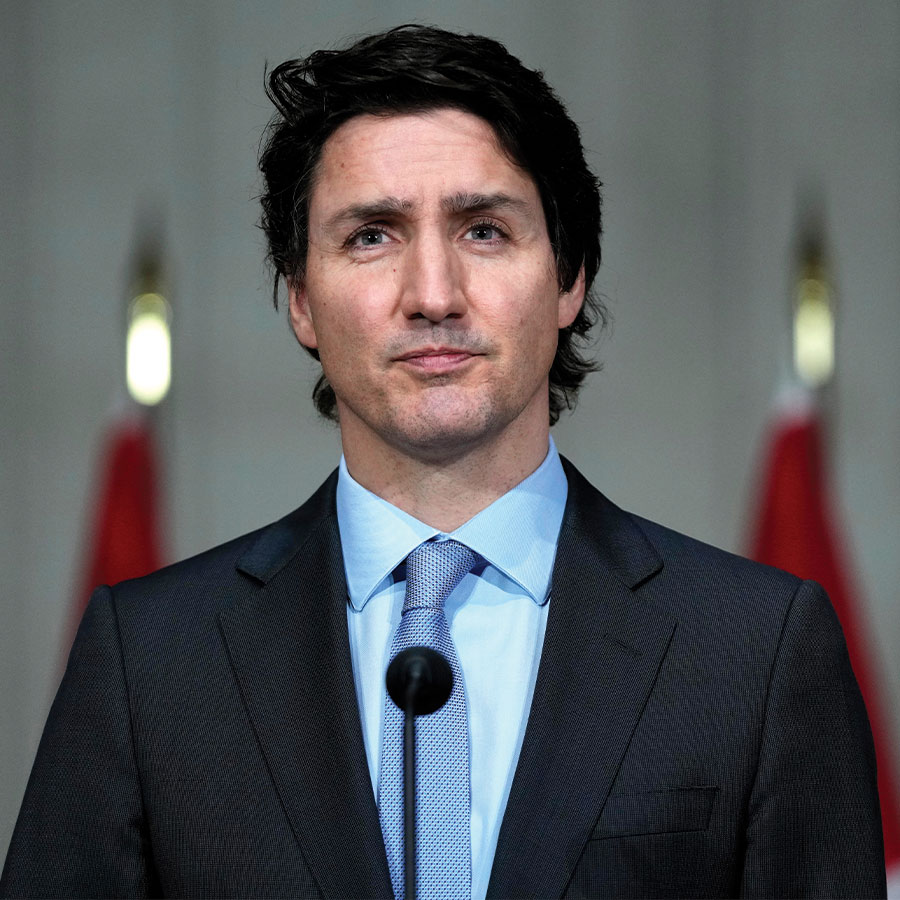 Canadian Prime Minister Justin Trudeau on Tuesday announced a first round of economic sanctions on Russia a day after Moscow recognized the Ukraine separatist regions of Donetsk and Luhansk as independent.

The United States, the European Union, Germany and Britain also announced ways they will punish Russia financially as they fear a further incursion is to come, a move Moscow has consistently denied for months.

The Russian-backed separatists in Donetsk and Luhansk broke away from Ukrainian government control in 2014 and proclaimed themselves independent “people’s republics” after a pro-Moscow Ukrainian president was ousted in Kyiv.

Trudeau said his government will ban Canadians from all financial dealings with the so-called “independent states” of Luhansk and Donetsk. Canada will also ban Canadians from engaging in purchases of Russian sovereign debt, he added.

The Canadian prime minister said his government will sanction members of the Russian parliament who voted for the decision to recognize Donetsk and Luhansk as independent.

Canada will apply additional sanctions on two state-backed Russian banks and prevent any financial dealings with them, Trudeau said.

Trudeau also said he was authorizing additional troops to the region.

“So today, I am also authorizing the deployment of up to 460 members of the Canadian Armed Forces to Operation Reassurance. This involves more troops to Latvia, as well as the deployment of an additional frigate and maritime patrol aircraft,” he said.

Russian President Vladimir Putin has ordered Russian troops into eastern Ukraine, saying they were there to “keep the peace.” Trudeau described the step as “a clear incursion of Ukraine’s sovereignty.”

“Make no mistake: this is a further invasion of a sovereign state and it is absolutely unacceptable,” he said, adding it was “not too late” for Russia to seek a diplomatic resolution.

Weeks of intense diplomacy have so far failed as Moscow calls for security guarantees, including a promise that its neighbour Ukraine will never join NATO.

(Reporting by Kanishka Singh in Bengaluru; Editing by Chris Reese and Bill Berkrot)

Trudeau Says the Emergencies Act Is Needed to End Blockade and Occupation of Ottawa; Critics Call it a “Sledgehammer”