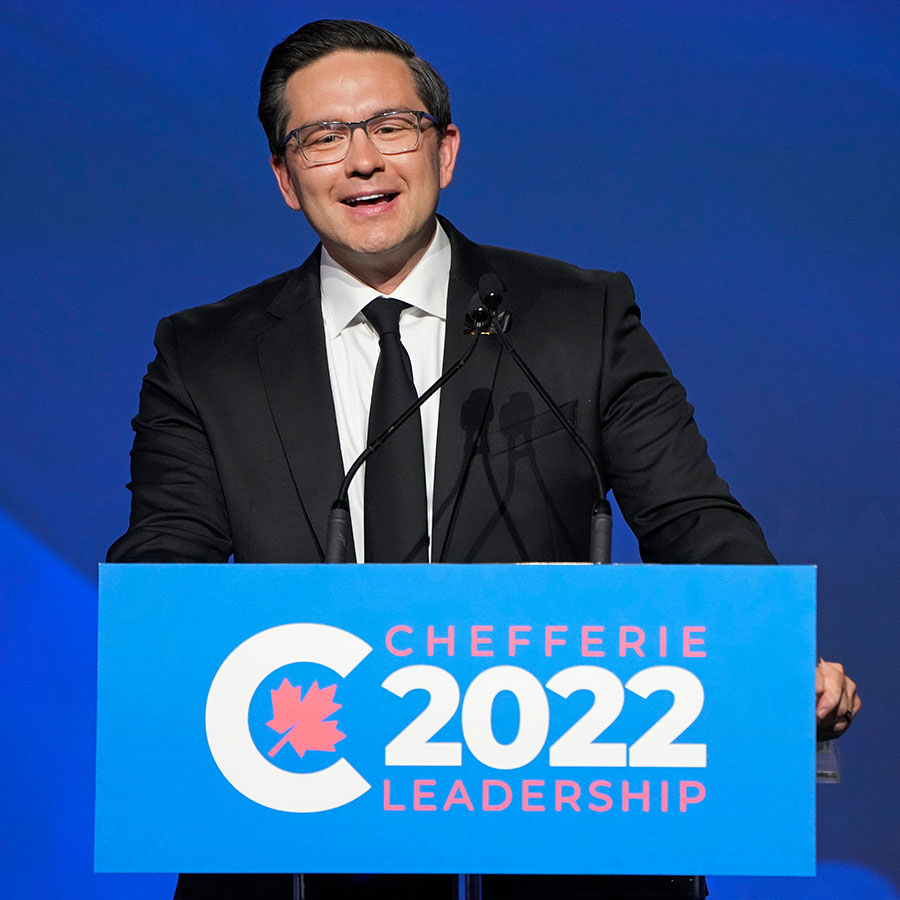 Pierre Poilievre’s landslide win of the Conservative Party of Canada leadership demonstrates not only his well-run campaign but suggests a newly unified party and an appealing platform.

Poilievre’s victory is striking for its uniformity and scope. Winning the first-ballot support of more than two-thirds of Conservative Party members, the candidate received a plurality of votes in 330 of Canada’s 338 federal ridings.

Jean Charest, his closest competitor, placed a very distant second with only 16 per cent of the first ballot’s points and a plurality of votes in just eight ridings.

Poilievre’s win, compared to the results of previous CPC contemporary leadership races, was unprecedented in terms of membership-wide voting processes.

In contrast to 2017 and 2020, when winners only emerged after several ballots, Poilievre’s victory is reminiscent of Stephen Harper’s 2004 leadership win with 69 per cent of the first round’s popular vote. Ultimately, despite perceptions of a sharply divided party, Poilievre’s success suggest those divisions have been overcome.

Much of Poilievre’s success is due to the effectiveness of his campaign’s ground-game organization in spreading his message and mobilizing supporters. His campaign not only featured a substantial social media prescence and well-attended rallies, but broke records in fundraising and memberships sold. As with the final results, his closest competitors dragged far behind.

This is important for what it says about the support of existing Conservative members and elites. This had been made clear by several endorsements, including Harper’s. The former prime minister had not publicly supported any candidate in the prior two races.

That helped to further legitimize the strength of Poilievre’s appeal and provided further assistance to the campaign’s organizational effectiveness.

What accounts for this widespread success, and what does it mean for the future of the Conservative Party? Poilievre’s appeal hasn’t just appealed to committed Conservative partisans, it’s also generated a degree of excitement among voters with no prior conservative leanings — especially young people.

Poilievre provided a general and coherent leadership appeal that provided a conventionally conservative set of diagnoses and prescriptions to Canada’s pressing problems, legitimizing conservative priorities that include smaller government, economic development, open markets and more individual freedoms. There was something for many Canadians in his platform.

He also spoke to a desire among many Conservative partisans for a more assertive, positive and ideologically conscious conservatism. The electoral losses of previous Conservative leaders Andrew Scheer and Erin O’Toole were arguably in part due to the party’s attempt to present itself as a moderate, “Liberal lite” choice for voters.

Poilievre, in contrast, made an effort to encourage voters to be proud to be conservative, championing rather than merely defending conservative principles. He provided an actual alternative to the Liberals instead of trying to appeal to voters via moderate messaging.

His win suggests his strategy worked and the party is unified. This means that discussions of a centrist conservative movement, perhaps even split from a party lead by Poilievre, were premature.

And given his populism and strong attacks on Prime Minister Justin Trudeau, Poilievre could attract People’s Party supporters back into the fold, although leader Maxime Bernier is likely to continue to challenge the leader’s credentials as a real conservative and has already warned he’ll skew to the left after winning the leadership.

At the same time, while diminished, the Conservative Party’s divisions among more traditionalist and libertarian supporters, for example, have not fully gone away. This will continue to pose a challenge for Poilievre, given the Liberal Party’s historic and continuing eagerness to take advantage of those divisions.

Poilievre, however, is promoting an overarching policy framework that emphasizes similarities among all Conservatives.

An additional strength of Poilievre, made evident through his membership recruitment, is the fact that his message is also general enough to speak to common grievances regarding the incumbent Liberal government and economic discontent surrounding housing affordability, inflation and government regulations.

Opposition among some Conservatives to COVID-19 mandates and cancel culture has also likely played a role in his success.

Poilievre’s victory speech suggested his attacks on “gatekeepers” will remain, but it’s unclear whether there will be any further mention of issues popular among right-wing Canadians, such as his support for the so-called freedom convoy that paralyzed Ottawa earlier this year, his attacks on the World Economic Forum and his cryptocurrency advocacy.

Poilievre delved into those issues frequently while on the campaign trail, but his acceptance speech suggests that he’s moved to a more general message that targets ordinary Canadians who aren’t necessarily traditional Conservative voters.

Instead, by focusing on the issues that pertain to ordinary Canadians alongside an effective campaign organization, Poilievre may be offering a compelling alternative to Trudeau’s increasingly unpopular Liberals.