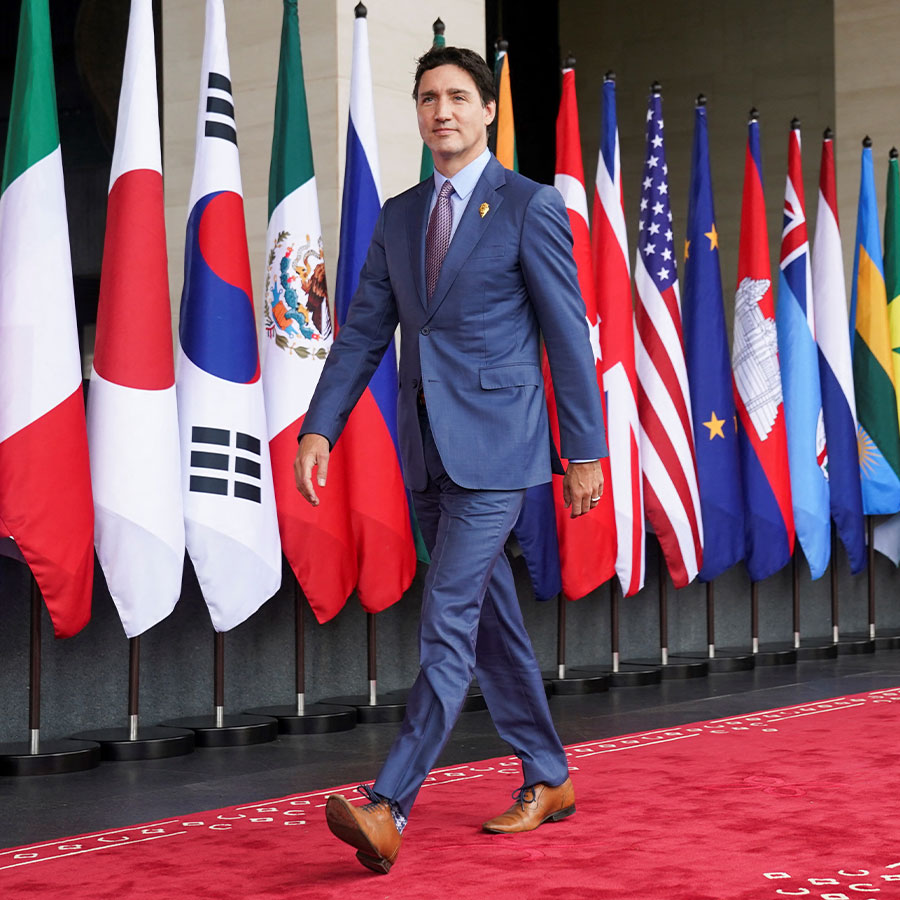 Chinese President Xi Jinping on Wednesday criticized Prime Justin Trudeau in person over alleged leaks of their closed-door meeting at the G20 summit, capturing a rare public display of annoyance by the Chinese leader.

In video footage published by Canadian broadcasters, Xi and Trudeau can be seen standing close to each other and conversing via a translator.

“That is not appropriate, and we didn’t do it that way,” Xi said in Mandarin, smiling.

“If there is sincerity, we can communicate well with mutual respect, otherwise the outcome will not be easy to tell.”

His displeasure was likely a reference to media reports that Trudeau brought up “serious concerns” about alleged espionage and Chinese “interference” in Canadian elections when meeting with Xi on Tuesday, his first talks with the Chinese leader in more than three years.

Canada never released an official readout from the meeting.

A translator for Xi can be heard in the video telling Trudeau that “everything we discussed was leaked to the paper(s), that’s not appropriate.”

The video captured a rare candid moment for Xi, whose image is carefully curated by Chinese state media.

Trudeau responds to Xi’s initial criticism by saying “in Canada we believe in free and open and frank dialogue and that is what we will continue to have, we will continue to look to work constructively together but there will be things we disagree on”.

The short but revealing Xi-Trudeau exchange highlighted tensions between China and Canada, running high since the detention of Huawei Technologies executive Meng Wanzhou in 2018 and Beijing’s subsequent arrest of two Canadians on spying charges. All three were later released.

Despite the release, tensions have recently resurged.

An employee at Canada’s largest electricity producer Hydro-Quebec who was involved in researching battery materials has been charged with espionage for allegedly trying to steal trade secrets to benefit China, Canadian police said on Monday.

News of the arrest came as Trudeau and Xi were attending the G20 summit on the Indonesian island of Bali.