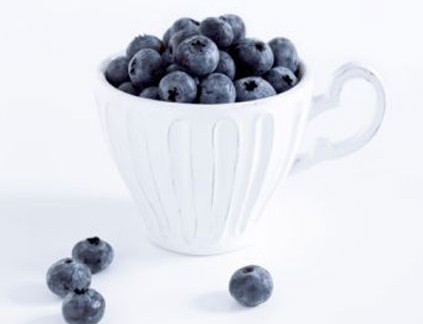 How does a memory expert stay sharp? We asked Dr. Alan Logan, author of The Brain Diet, member of Harvard’s School of Continuing Medical Education and lecturer on dietary supplements and the connection between food and mental health.

Q. What do you do to keep your memory sharp?

A. My own personal intervention regimen is focused on diet and three specific supplements.

Blueberries, frozen or the concentrated extract, as often as possible, mixed into yogurt, smoothies or combined with other fruits. Helps maintain brain cell communication, so neurotransmitters continue to fit into the brain receptors like a lock and key.

Turmeric, mixed into a stir-fry or sautéed vegetables whenever possible. Contains curcumin, shown to protect brain cells through the aging process. Consumption of curry, even occasionally, is associated with a decreased risk of cognitive decline. Rates of Alzheimer’s disease are four times lower in India, where turmeric is frequently consumed.

Green tea, two to four cups daily. Contains antioxidants that are brain-protective. Studies show that drinking two or more cups of green tea per day is linked to a 50 per cent decreased risk of cognitive decline. Green tea contains a naturally occurring amino acid called L-theanine, which has been shown to improve mental alertness and memory.

A healthy breakfast high in fibre, such as a cereal that has at least four grams of fibre per serving, improves mental focus, memory, energy and cognitive performance and lowers levels of the stress hormone cortisol compared to having no breakfast or one high in sugar.

Multivitamins, as a nutritional insurance policy, cover the bases for important nutrients.

Vitamin B12 (in the form of methylcobalamin for best absorption) because a deficiency of it has been associated with cognitive difficulties through the aging process; without red meat in the diet, it may be beneficial in supplement form. Dose: 1,000 mcg under the tongue once daily, anytime.

Fish oil is essential for normal communication within and between nerve cells. Studies show benefit in cognitive function, even in healthy older adults without marked cognitive decline. Dose: 1,000 mg of EPA and DHA omega-3.

Q. Are there gender differences in cognitive decline?

A. There have been differences noted (e.g., women have better recall ability through aging), yet the studies show no significant differences.

Men are more prone to cognitive decline due to vascular blockage (clogged blood vessels impairing blood flow to the brain) and seem to be more prone to atrophy, or shrinkage of the brain.

Women may be slightly more prone to Alzheimer’s, according to some studies. In the end, regardless of gender, adults 45-plus should do everything possible to stay fit, as exercise helps prevent cognitive decline; eat a colourful diet with a variety of antioxidant-rich fruits and vegetables, lots of fibre from whole grains and omega-3 from fish and seafood or supplements; and keep the brain well challenged and exercise those neurons. I recommend free brain- boosting games available at www.happy-neuron.com and Mattel Radica Brain Games (www.radicagames.com), a hand-held memory device based on University of California research.

Supplements can also help promote brain health, but check with your MD beforehand. Vivimind supplements aim to protect memory with homotaurine, a compound found in seaweed, said to help protect brain cells during the normal course of aging. (www.vivimind.com) Cognivite Complete, created by Dr. Marwan Sabbagh, author of The Alzheimer’s Answer (Wiley, 2008) is a mixture of vitamins, lipids and phytonutrients, which may help prevent mild memory loss associated with aging and have a protective effect on normal brain cells. (www.azglobalwellness.com)