Canadian Cardinal Considered a Front-Runner for Next Pope 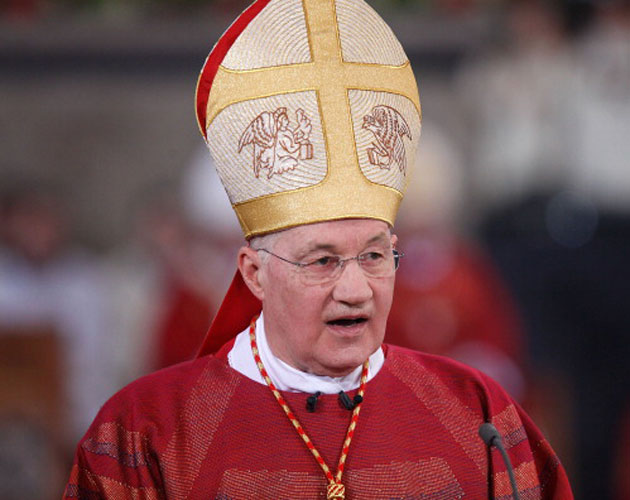 With this morning’s announcement that Pope Benedict XVI will step down at the end of February – the first pontiff to abdicate the position in nearly 600 years – comes news that a French Canadian cardinal is a front-runner to fill the vacancy.

Cardinal Marc Ouellet, 68, a former archbishop of Quebec City and current prefect of the Congregation for Bishops, is pegged by some observers as a top contender to become the next Bishop of Rome. Cardinal Ouelette’s appointment would make him the first pope not born in Europe.

A call to fill the chair of St. Peter’s successor would prove ironic for Ouelette. In 2010, when he was appointed prefect of the Congregation of Bishops, the former theology professor told reporters, “I don’t think that I will become a pope someday.”

In fact, according to the Montreal Gazette, Ouelette never even anticipated his current appointment. When a papal calling was suggested in 2001, he noted the job “would be a nightmare” with duties that “are perhaps not very enviable” and obligations that “are crushing … (The pope) has the help of the Holy Spirit, clearly, but it is a very heavy responsibility. Nobody campaigns for that.”

Fast forward a year-and–a-half, and gambling websites are taking wagers on Cardinal Ouelette’s odds of becoming pontiff. The Gazette article pointed to two “British betting houses” putting him as the second best bet to succeed Pope Benedict XVI, at 1-3 and 2-5 odds respectively.

Other front-runners include Argentinian Cardinal Leonardo Sandri and Ghana’s Cardinal Peter Turkson, who would make history as both the first non-European and the first black pope.

Pope Benedict XVI announced he was stepping down, “after having repeatedly examined my conscience before God, (recognizing) the certainty that my strengths, due to an advanced age, are no longer suited to an adequate exercise of the Petrine ministry.”

Britain’s Guardian newspaper reported that Benedict “will revert to his former title of Cardinal Joseph Ratzinger upon his resignation … to continue to serve the Catholic church ‘through a life dedicated to prayer.’” A papal conclave will convene in March, with a new pope’s appointment expected before the end of the month.