Happy Children or a Happy Marriage? 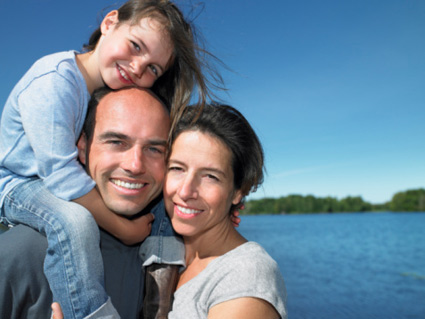 Sarah and Matt have been married four years and have two children, aged three and one. They have a beautiful home in Dalhousie, the kind of house most young couples work for many years to afford. A few weeks ago, they decided to take a ‘break from their marriage,’ because they were both ‘unhappy.’

“I don’t understand,” says Celine, Sarah’s mother. “They have everything any couple could want, a big house, two beautiful children and secure jobs. Why can’t they appreciate what they have and make the marriage work instead of taking a break?”

Celine tries to analyze the problem and says “Maybe they just accomplished too much too soon. They had a fancy wedding and moved into this big, new house just after the first baby came along. They really didn’t have to wait for anything or work and save to get it.”

Or, are Sarah and Matt like a lot of young couples, who have a child-centred marriage, where the children are the priority, rather than each other? Many couples work long hours and come home to deal with  cranky, entitled children, not to mention the guilt of having left them with caregivers as well as the pressure of making sure the children are destined for success with coddling and over-stimulation. No wonder, they go to bed exhausted with barely an acknowledgement of each other’s presence.

Lots of terms describe this style of parenting, including hyper-parenting, micromanaging, over parenting. Whatever the term, the rituals of molding these children almost from birth into super-kids is the same. And the intense focus on the kids doesn’t guarantee their health, happiness or successful future. It can create anxiety for the children and the kind of stress on the parents that can threaten the marriage.

Chris and Lydia of Burlington shake their heads when they describe their daughter’s marriage. “She told us recently that she feels more love for her kids than her husband,” Lydia says. “They get along, they never argue, but my sense is that each of them has checked out of the marriage for the time being while the children are little. My question is what happens when the kids grow up and leave the nest? What bond is there left?”

Chris adds his perspective: “When Nancy and I were raising children, we made a pact that while we worked hard at raising our children, our relationship came first. We made time for each other, we had a social life outside the family and the kids knew we were a united front when it came to rules.”

Dr. R.C Dubuc of Ottawa supports Chris’s premise. “When two people make the child the centre of the family, they don’t establish the boundaries a child needs to learn self reliance. Not only that, when a child senses that his parents are not on the same page, he can badger until he gets his way.”

Dubuc advises parents to “build a strong marriage first. A good marriage is the best role model for a child in learning about respect for others, cooperation and commitment. It’s a good lesson for children if you are seen to invest in your own relationship. A good marriage also makes a child feel safe.”

According to Dr. Harville Hendrix in his book, Getting the Love You Want, good marriages make happy children and couples who express praise, affection and comfort to each other show a good example for children to follow.

What can we do as parents and grandparents to help our children nurture their marriages, short of giving them this column to read or sending them to websites such as www.hitchedmag.com? First of all, we can help out with babysitting, so they can have time together. I remember the first few times I babysat for my daughter and son-in-law I felt perturbed that they spent the time going grocery shopping or to Home Depot together. “Why couldn’t they split those errands up and do them separately to save time,” I wondered. I now realize it was important that they had that time to reconnect even though the tasks weren’t particularly romantic.

We can also support them in their parenting guidelines so that they’re seen as a united front by the children, a united front their grandparents make a point of respecting.

Encouraging the couple at family dinners to relate to the children where they met and how they knew they were in love will remind them of their bond and children will appreciate and feel comfort in the love their parents share.

Parenting is hard work. We’ve experienced it firsthand. Helping our children put their marriage first is probably one of the best things we can do for our grandchildren. Happy marriages are a prerequisite for happy children.