Waiting for the white smoke 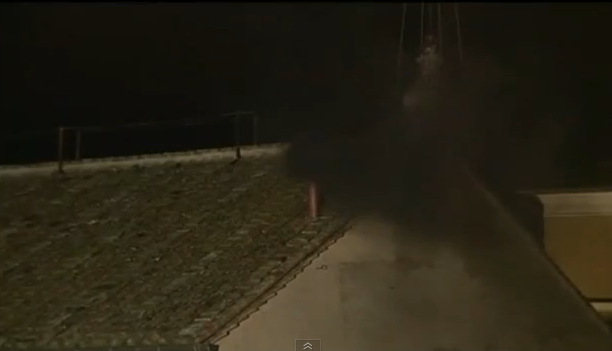 As 115 Catholic Cardinals from around the world gather in the Sistine Chapel to elect a new head for the world’s largest church, here’s a handy guide to all your important Papal conclave-related questions:

Day 2 and still no new pope. Black smoke rose from the Sistine Chapel on Wednesday, meaning the Cardinals failed to elect a pope on the second day of balloting. There will be two more sessions today.

How does the voting work?

With 115 Cardinal candidates, the first one to win a two-thirds of the vote, gets to wear the big hat.

How will the new Pope be announced?

The announcement will be made in Latin, accompanied by smoke and bells. The church likes to keep things traditional.

With over 5,000 journalists in Rome, it seems every major news outlet is covering it. Here are some good options.

Who is St. Malachy and should we believe his prophecy about the new Pope?

St. Malachy, a 12th century monk, is attributed with writing the Prophecy of the Popes, a series of cryptic phrases describing 112 popes. According to his prophecy, this new pope will also be the last. Should we believe him?

Who will outfit the new Pope?

One tailor had the business since 1793 until Pope Benedict decided to go with a new shop.

Will the new pope be younger than Benedict XV1?

With all the challenges the Church is facing, it makes sense that the Cardinals would choose a young and energetic leader. This Cardinal agrees.

Any idea who will win?

It’s impossible to tell though betting shops are still taking action on almost anything Papal related. Analytic guru Adam Silver (who correctly predicted the outcome of the last U.S. election) is declining to make a papal prediction due of lack hard numbers. But that hasn’t stopped this guy from trying.