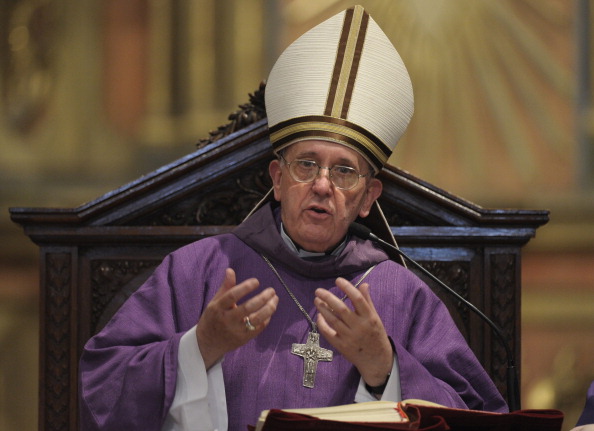 The wait is over. The new pope was revealed after only two days of voting. The Cardinals elected Argentinean Jorge Mario Bergoglio — he’ll be known as Pope Francis — to lead the Roman Catholic church. After being fitted for his white cassock and French Cardinal Jean-Louis Tauran announcing, “Habemus Papam,” Latin for “We have a pope!”  The new Pope Francis, 76, stepped out on the balcony to loud cheer from the enthusiastic crowd of 100,000 people in St. Peter’s square.   Read more here.