Francis I: The age controversy 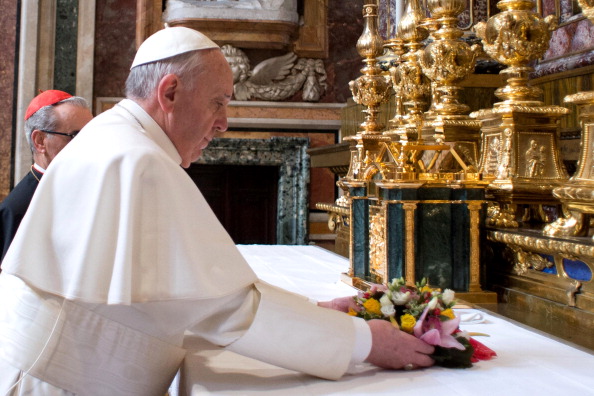 After the white curtains on the balcony of St. Peter’s were drawn and Cardinal Jorge Mario Bergoglio stepped forth as new Pope, there was a moment of surprise before everyone scrambled for their laptops to Google the newly elected spiritual leader of the world’s largest church.

Who was this man? A quick search revealed he was: born in Argentina (first Pope from the Americas, where over half of the world’s 1.2 billion Catholics reside); son of an Italian immigrant railway worker (a man of the people); a Jesuit (also a first); an upholder of Church teachings (a definite must); and always lived a life of simple humility, riding public transit to work and eschewing the normal privileges given to Cardinals.

That’s when everyone started scratching their heads – didn’t the old Pope just step down, citing “advanced age” as the reason he could no longer remain on the job? In fact, Pope Francis becomes the ninth oldest pope ever elected. What happened, commentators immediately began asking, to all the talk about choosing a younger, energetic man able to sort out the tumultuous challenges the Church faces in the modern secular age?

Electing an older Pope is not a particularly new trend. (See statistical guru Nate Silver’s excellent analytical breakdown of the average ages of Popes since St. Peter.) Except for the occasional younger pope – John Paul II was elected at 59 – Francis I is actually only a few years older than the average age (70) of pontiffs elected since the 17th century. And with improvements in health, medical science and diet, actuarial studies suggest he should live another 10 healthy years, which would give him a longer-than-average papal tenure.

There are obvious health questions that inevitably arise anytime a septuagenarian takes on such a demanding role. While he did have a lung removed many years ago (which perhaps compromises his ability to fight off lung infections, a familiar affliction among older people) Francis I is said to be quite vital, thanks in part to the simple, healthy life he leads, often rising by 4:30 am and going to bed before 9 pm.

Moreover, Papal elections – despite what the media insists – aren’t akin to political leadership conventions or corporate appointments. Yes, the Pope must take on the burdensome political and managerial responsibilities at the Curia. And he must also meet foreign heads and keep up a busy travel schedule. But his main task is to be a leader who understands the creed of the Church and has the ability to be a spiritual beacon in faith and morals. It takes a lifetime to build up such credentials and the Church obviously feels that age, far from being an obstacle, is almost a prerequisite.

“Choosing a Pope is different from a political election,” explains Austrian Archbishop Christoph Schoenborn. “It is not a matter of choosing the general manager of a multinational company, but the spiritual leader of a community of faith. For this reason the future Pope’s religious qualities are of primary importance: he needs to be a man of faith and of the Gospel, a credible man.”