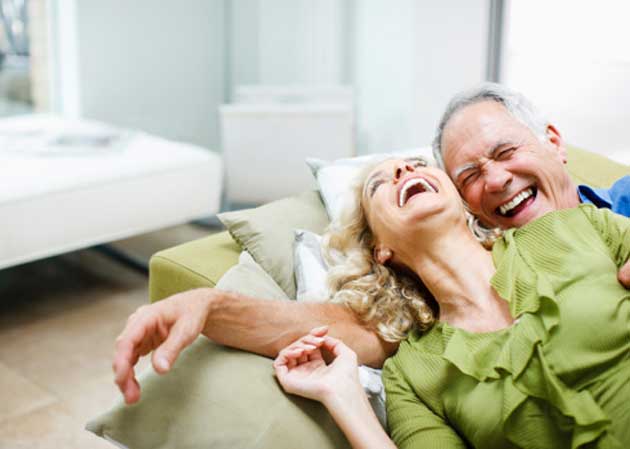 HAPPINESS IS…In the days of our youth, it was a warm puppy, a warm blanket, a warm … well, you get the picture. Canadians are a cold-weather bunch, yet happiness seems to be equated with “warmth.”

Warming up to the idea that we, in the rankings of the world, may not be the happiest of them all is a different matter all together. A 2011 Leger Marketing survey ranks Canada 23rd out of 58 countries on the Global Happiness Index. Interesting, as of late we’ve been seeing ourselves as the kings of world, economically speaking anyway. And interesting too that we are tied with Japan, a nation that suffered during that year an earthquake, a tsunami and a nuclear crisis, clearly illustrating that happiness has a cultural perspective.

SPEAKING OF WHICH, in the tiny kingdom of Bhutan way back in the freewheeling ’70s, their royal leader decided to start measuring Gross National Happiness – personal happiness – as a tangible asset in his country. (We were so fascinated by this, we asked for a more detailed account, which you’ll find on the next page.) But in Canada, where do we stand? Less happy? More happy? Do we have our own GNH?

In The World Book of Happiness, editor Leo Bormans cites statistics from 2000 to 2009 where Canada rates a 8.0 (out of 10) on the happiness index, topped only by Costa Rica (8.5) and ranked almost equal to Denmark (8.3), Iceland (8.2) and Switzerland (8.0). Huh, mostly cold-weather countries, too. (If we follow the thinking in Bormon’s book, besides the weather, Canadians must also share some of the 14 fundamental character traits of happiness with the people of these other places – see page 65 for more on that.) So, we’re happy, even if we’re freezing our butts off half the time.

Well, the pollsters at Ipsos have thrown their toque into the happiness survey ring as well, taking the world’s temperature from April 2007 to November 2011. Published in part this past February in the magazine What Makes You Happy, the study reveals that the global average of happiness is at 22 per cent – where 22 per cent of respondents say that they are “very happy.”

Canadians clock in at the No. 8 position, with a 27 per cent “very happy” score, out of 24 countries polled – right behind the United States and Australia (tied at 28 per cent) with Indonesia scoring 51 per cent. Emerging global players India, Mexico, Brazil and Turkey round out the top eight. Three of these countries have been related economically to the newsmaking Eurozone or its proposed bailout by international means. On the flipside, high-scoring Indonesia is down seven points from 2007, conceivably due to its being affected by negative geopolitics and natural disasters over the past few years.

Always the diplomats, Canadians also scored 59 per cent in the less intense, more middle of the road “rather happy”. But what, perhaps, is more telling is that, in 2007, only 22 per cent of us in the Great White North said that we were “very happy.” So, if you do the math, that’s a jump by five per cent in 2012 in the right direction (the global average was up by three per cent – more good news, methinks). And if you factor in the just slightly less happy, we’re scoring 86 per cent in the “rather happy-very happy” categories. That puts us ahead of the aforementioned U.S., Mexico and Brazil.

Happiness, it seems, is being Canadian.