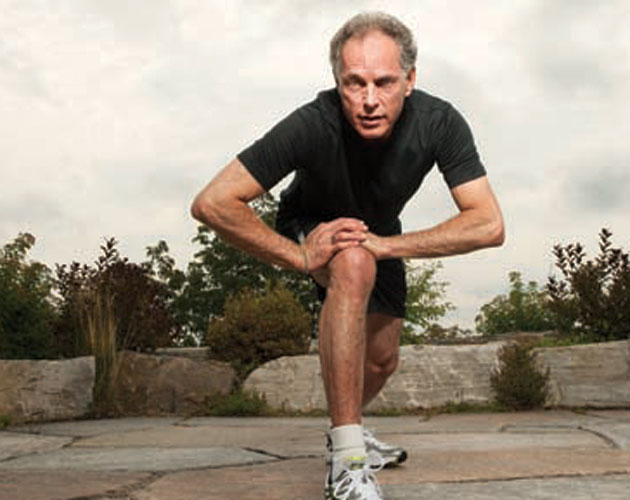 Tony Melman pauses as a motorboat buzzes by on the lake below. It’s a perfect August day, especially when viewed from the pleasant sun room of Melman’s Muskoka summer home. He’s been talking about the fitness regimen that keeps him extraordinarily well at age 64. “I don’t believe in going downhill in life,” he says. “My philosophy is, you go up and up and you stay level as much as you can – then you fall off the cliff at the end.”

Since coming to Canada from South Africa 34 years ago, he’s avoided that cliff even in the pressure-cooker world of corporate acquisition and finance. “I needed to stay healthy,” he recalls. “I had young kids and a wife to support.”

Melman began with the innovative 5BX fitness program devised for Royal Canadian Air Force pilots, then developed his own daily three-hour program. He liked what it did for his body – even his brain seemed sharper. After working out, “it’s like high definition,” he says.

In 2006, he left Onex Corporation, a private equity firm he helped found in 1984, and is now chairman and CEO of Nevele Partners Inc., helping companies add value by planning growth. In addition to his philanthropic support, Melman serves as chairman of the board of Baycrest, the renowned centre for geriatric care and research where his late father once lived. He’s leading a transformation that adds a commercial enterprise to capitalize on Baycrest’s scientific expertise.

To preserve precious family time, Melman chose 4:30 a.m. for his fitness routine. After tea and a look at emails, he heads to his fully equipped gym every day for abdominal and lower back work, an hour of aerobics, ending with an hour of weight exercises for strength, all the while engaging his brain to assess feedback from his body.

Thirty years ago Melman switched to a vegetarian diet, gradually adding 34 supplements, including vitamin B12. He credits omega-3 salmon oils and krill oil with enhancing his memory but confesses he can’t eat blueberries or drink wine now that he takes blueberry extract (an antioxidant), and resveratrol (found in wine).

Yet Melman’s is an integrated life. Physical and mental wellness enrich his enjoyment of family, friends, music and nature. His three children have summer homes on the property.

“It’s a family magnet,” he grins – one he and wife, Val, 62, gladly share with close friends. He’s a fine photographer (photonevele.com) and in his music studio there, he records original music, losing himself in the blues with his guitar.

The near loss of their elder daughter at age 13 from Hodgkin’s lymphoma  was a shattering reminder of life’s precarious nature. (He and his daughter, now 39, are both supporters of the Pediatric Oncology Group of Ontario.) Years later, when she safely delivered his first grandchild, Melman thought, “This is a miracle. I want to make it happen for some other family.” He resolved to sell off the $5 million Roots of Rock guitars he’d collected as a tribute to the artists who’d created rock and roll. (www.therootsofrock.com)

One personal gift – created for Val’s  60th birthday – was a song he produced. Melman asked their five young grandkids what they most loved about their Bubby, then he wrote a song they recorded and sang at her party. The result? Priceless.