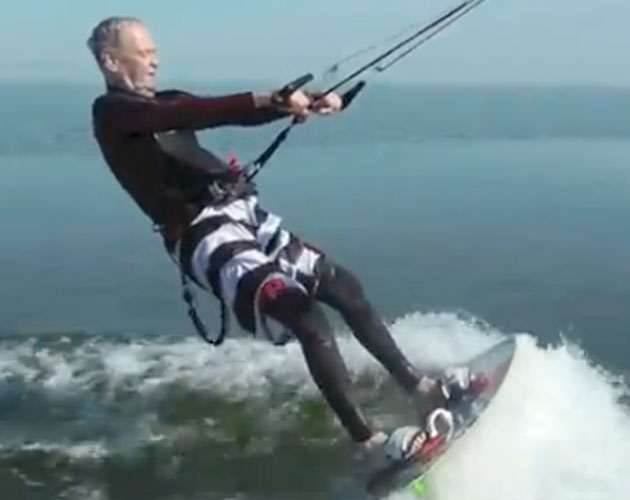 Jean Chrétien’s recent wakeboard stunt was proof that the days of grandpa dozing off in his rocking chair are over. Zoomers are out there every day being active and breaking the mould of the stereotypical senior. Chrétien is not the only one with skills up his sleeve; we share our list of celebrity zoomers defying the old school rules of aging everyday!

Mick Jagger of the Rolling Stones is doing anything but! The 69-year-old is still strutting his stuff and receiving incredible reviews while his band tours to celebrate their 50th anniversary. That’s right: while many young pop stars try to stay relevant only years after becoming famous, Jagger and his crew can pull in a crowd decades later and still impress them just the same as they did in their early 20s. No scandal necessary.

Grace Jones, 65, might have appeared to be having an easy time while Hula Hooping during her entire performance or Slave to the Rhythm at the Diamond Jubilee concert, but have you stepped into a Hula Hoop lately?

At the age of 71, Tina Turner completed her final tour. With legs for days, the high-energy performer dazzled her fans with her insane ability to work the entire stage and shake alongside her much younger backup dancers.


Eighty-seven-year-old Cloris Leachman wowed audiences on Dancing with the Stars in 2008.  When she was given the boot, the audience gave her a standing ovation.

Decked out in her brightly coloured unitards, Jane Fonda started the fitness craze back in the ’80s with her high-energy videos. At 75, she hasn’t quit! Fonda released another video in 2010 to encouraging seniors to dig out their leg warmers and feel the burn right along side her.