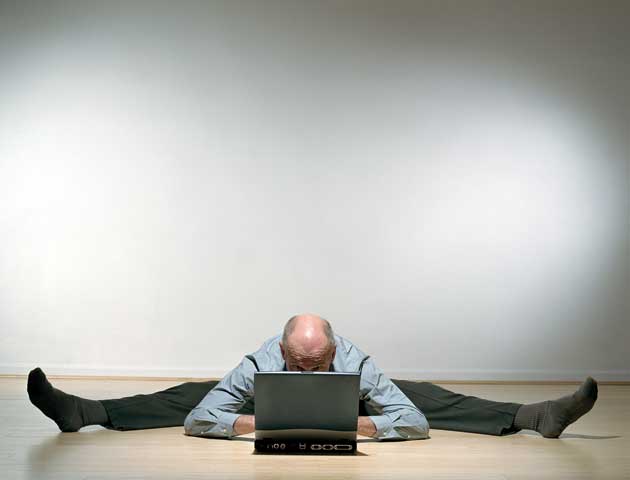 You start to check email or the Internet and suddenly it’s three hours later. But chill, honey – all the while, your busy brain’s been fending off mild cognitive impairment (MCI), that uneasy zone between cognitive changes associated with normal aging and the tougher realities of dementias such as Alzheimer’s. (People with MCI progress to dementia at a rate of 10 to 15 per cent a year; in the general population, it’s one to two per cent.)

Dr. Yonas E. Geda, associate professor of neurology and psychiatry at the Mayo Clinic in Scottsdale, Ariz., says people who exercise may have higher levels of brain-derived neurotrophic factor (BDNF), a chemical that benefits brain neurons. “There’s also an overlap in risk factors for heart disease and Alzheimer’s,” he says. “Indirectly, exercise that helps cardiovascular status may help the brain to prevent Alzheimer’s disease.”

Computer use (a mentally stimulating activity) and moderate exercise both have a protective effect on cognitive function. Combat sedentary hours at a monitor with moderate physical activity like cycling, brisk walking and swimming. And here’s the sweet payoff: Geda is lead researcher on a recent Mayo Clinic study that found computer use plus moderate physical exercise have a cumulative effect, like one plus one equals three. Doing both significantly reduces the odds of having MCI – better than only exercising or only spending time on the computer.

“The combo seems to be beneficial. That’s the message,” Geda says.