The Devil Is In The Details: Predicting Alzheimer’s 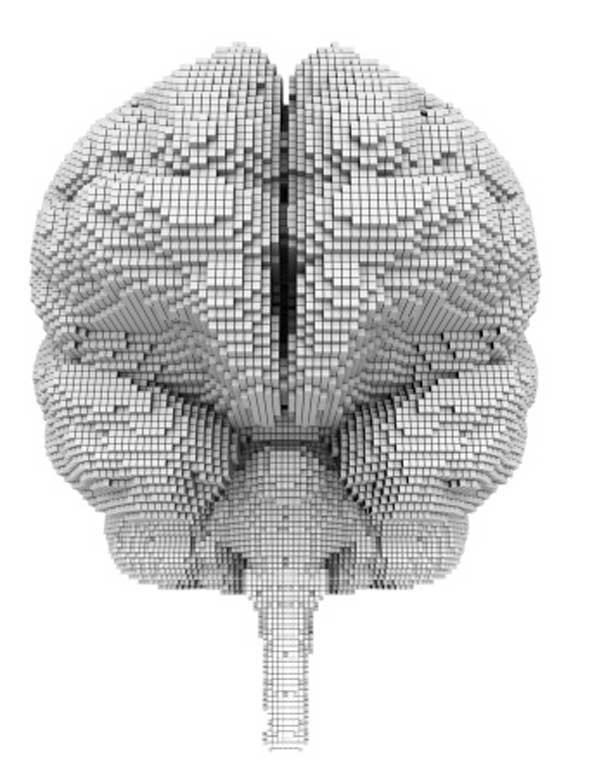 IN THE QUEST for early diagnosis, key to treating Alzheimer’s disease, scientists are now gazing into their crystal balls using something called a voxel. Voxels are units of volume – much like a pixel is a unit of a picture. But what on earth does this have to do with Alzheimer’s, you might ask? Well, by looking at the brain, voxel by voxel, or one cubic millimetre at a time, Alzheimer’s disease could be better diagnosed.

“The big focus right now is on prevention, to find new ways of identifying and treating the disease earlier, even before symptoms occur,” says Rosanne Meandro of the Alzheimer Society of Canada. The disease is a degenerative process that starts decades before symptoms become apparent. When they do, it might be too late for some treatments because certain parts of the brain, such as the hippocampus, which is responsible for memory, have been impaired. If Alzheimer’s disease is expected to more than triple by 2050 in Canada, the need to find proper diagnostic and predictive tools is pressing.

“The Holy Grail for doctors would be to assess someone in their 50s and predict whether that person will develop the disease 20 years down the road,” says Dr. Jens C. Pruessner, director of the McGill Centre for Studies in Aging and associate professor, department of psychiatry, McGill University. An expert in imaging of the aging brain, Pruessner was one of the co-authors on a 2012 research paper about SNIPE (scoring by nonlocal image patch estimator), an innovative computer method designed to assess and predict who will develop Alzheimer’s disease.

Now, what looks good on paper is closer to becoming an application. “What we found is revolutionary because it gives an accuracy never equalled before,” says Prof. Louis Collins, who led the team at the Montreal Neurological Institute of McGill University. An MR (magnetic resonance)image of the brain is divided into very tiny volumes (voxels) as small as one cubic millimetre, then, by comparing each tiny part with hundreds of other tiny parts of both healthy aging brains and brains of those who have developed Alzheimer’s disease, researchers have reached a diagnostic accuracy of 93 per cent.

With current methods, it is not definitive who will or who will not.

But Collins says that with this powerful statistical method, his team has been able to identify very subtle changes in the brain that are undetectable using current methods.

“We are able to detect changes in the morphology of the hippocampus that we can now associate with the early development of Alzheimer’s disease,” explains Dr. Pierrick Coupé, the main author of the research and a computer scientist with the Laboratoire Bordelais de Recherche en Informatique in Bordeaux, France, who chose to work with the Montreal Neurological Institute because of its reputation. Coupé describes the process thus: “When we compare two pictures, we naturally try to find correspondences between a restricted number of subparts in both images. The evaluation of all the possible matching between all the image subparts is too complex. Now, imagine that you want to compare 100 images at the same time based on this exhaustive search … By programming a computer to achieve this task, researchers can detect subtle signs of Alzheimer’s disease in your brain where the human eye would not be able!”

“The jury is still out as we will be waiting for replication of these results,” says Yves Joanette, scientific director of the Institute of Aging of the Canadian Institute for Health Research (CIHR), the main funding agency in Canada. “But this is an example of the strength of Canadian neuroimaging research.”