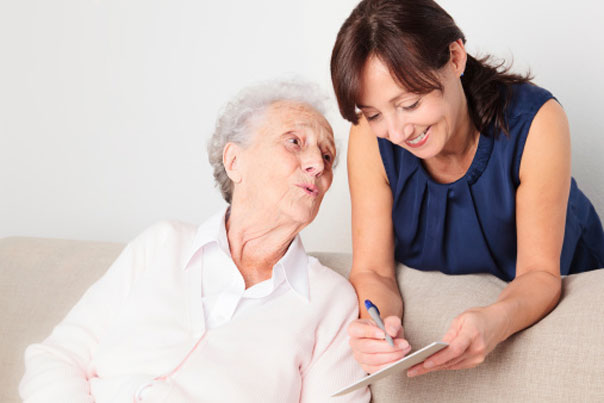 “You can either hide and pretend nothing is happening,” says Edy Graziani, “or you can get a diagnosis as quickly as possible and confront it head on.” Those are the two choices when early, subtle signs of dementia show up.

Graziani, a 52-year old teacher living in Hamilton, had to choose between the two when she began noticing changes in her mother’s behavior. “The changes were subtle at first but noticeable enough that we wondered what was wrong,” says Graziani.

For her, the choice was clear. “There was relief in getting a diagnosis and knowing what it was,” she explains. “We were hopeful that if we caught it early enough, we could slow the process. To me, that was a relief — knowing that in some way we may be able to help her.”

And yet, as many as 50 per cent of Canadians with dementia wait too long for a diagnosis, according to the Alzheimer Society.

The theme for Alzheimer Awareness Month: Early diagnosis keeps your life from unravelling. Fear and stigma are the obstacles to early diagnosis.

A recent Nanos survey revealed that 60 per cent of Canadians polled said it would be harder to disclose if they, or someone close to them, had Alzheimer’s disease compared to other diseases because of the social stigma associated with mental health issues.

“Seventy-four per cent of Canadians know someone with dementia,” says Mimi Lowi-Young, CEO, Alzheimer Society of Canada. “And more and more Canadians will continue to develop the disease.“

As devastating as the news can be, early diagnosis brings relief to families. It gives them control over their situation and adds more years of living active and fulfilling lives.”

* It opens the door to resources and support that help people with dementia remain independent longer.

* People can access medications which, although they may not work for everyone, are most effective when taken early.

* Early diagnosis gives someone the chance to explain the changes happening in their life to family and friends and allows families to plan ahead.

Nobody wants to hear that a family member or friend has dementia. But even worse is not knowing why someone is acting strangely.

There may be personality changes that lead to hurtful behavior.Or instances of odd behavior that are attempts to cover up memory loss.

An early diagnosis can provide an explanation for these changes. A year before Edy Graziani’s mother was diagnosed, her daughter began noticing that she would repeat herself often.

“She’d ask the same question over again,” recalls Graziani. “She’d call me again a half hour after an earlier call and not remember that she’d call me.” The catalyst, says Graziani, was her mother’s problem with driving.

“She became disoriented and didn’t know where she was, where her house was. She had to stop and ask directions.

It was not only an issue of her safety, but other people’s safety, too.” Graziani adds, “I think she was afraid and confused. And even though she didn’t say that, just the fact that she told me about it was a signal to me that I needed to help.

She reminded her mother that dementia was common in the family, through several generations. Graziani’s mother, 84, continues to live independently in her own home. A personal support worker helps her bathe. She no longer drives.

“That was her biggest hurdle,” says Graziani, “not so much the diagnosis. What upset her most was the fact that she had to give up driving.” Graziani explains, “We want her to live independently as long as she can.

The early diagnosis helped her remain independent longer. I’m glad we acted quickly and didn’t put it off.” Throughout January, Canadians are encouraged to visit the Alzheimer Society’s campaign website, to learn how to spot the signs of dementia, understand the benefits of a diagnosis and prepare for a doctor’s visit.